Last Monday she revealed the first eight days of her European tour, revealing that she’d perform in Belgium and The Netherlands in March and April of 2022. And one week later the “Voilà” hitmaker has revealed 28 more dates, taking her to a grand total of 36 shows. This is how you keep the momentum going.

Between now and April, Barbara will be giving at least one concert every month except for the month of August (when most people in France take their beach break).

“It’s crazy! And that’s just the beginning. So the first meeting is this June 26 in Saint Priest! The ticket office opens on Wednesday — you can reserve all the seats in the world by clicking on my bio.”

“Come! And bring your loves, and your friends! We will laugh, we will sing, dance, maybe cry a little too (well me). whoohahoo. I can’t wait to meet you finally!!!”

The new dates are mostly in France. They kick off on June 26 — yes, in a week and a half! — in Saint-Priest. She’ll sing as part of Music en Ciel — a free outdoor concert that celebrates the start of summer in the commune outside of Lyon. Barbara is ready to slay the emotion in the Auvergne-Rhône-Alpes region and they are ready for her.  Writing on their official web site, organisers say she’ll invite the audience “to dance a frantic waltz with Piaf accents” that will leave you “breathless”. C’est vrai!

Other stops include a turn in Remiremont on July 28 for the Let’s Be Green Festival and in Bernau, Germany on September 17 for the Inselleuchten Festival. Barbara has added a second date at the Paris Trianon on February 2 — her first concert there the night before is already sold out!

And that’s not the only concert that’s complet. Her nights in Amsterdam, Eindhoven, Rotterdam and Utrecht are already fully booked.

So who among you has a ticket? And who wants one? Let us know your plans to celebrate Barbara. 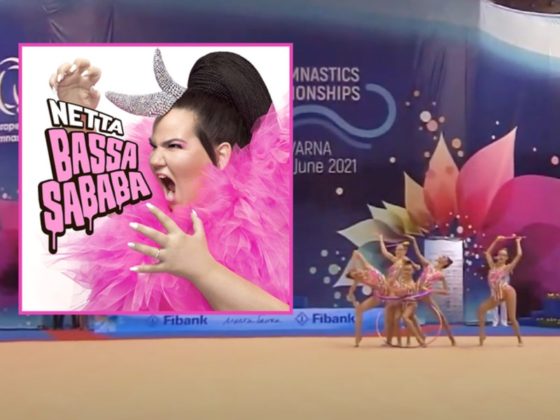 In the Netherlands (especially Rotterdam) she performs at really small venues…..why????
It was sold out in a second….

Eurovision producing internationally renowned artists and some countries are still sleeping on how the contest is a huge platform for music… Welp.

Gotta love how Barbara has achieved so much just by her pure talent and charisma, I wish her all the best

I am very happy for Barbara ‘s succes and I am looking forward to her new album that she will release on 27th of august and I have tickets for her concert in Utrecht on april 7th next year !! I am a big fan !!!!

Of course she does

She has both of those things lol jealousy is an ugly thing ain’t it?

Of course she has both of those things, in abundance!! So, I don’t understand your remark. (And why this constant jealousy argument???? Jealousy of what and who from whom???)

As a dinosaur, I can only recommend you to chill out and try to enjoy life.

not a barb in our midst help

Your comment is not clear. What do you mean?

I am obviously praising Barbara for her talent, artistic integrity and sensibility and voice. As we all know, there are many ESC artists that have demonstrated having only a good voice but still need to develop their artistic identity. Only with that can one attract crowds and have so many gigs. What is there not to understand?

As I said, many ESC entrants and in 2021 we had many of those. It is absolutely clear because only complete artists like Barbara have this number of gigs, which is the subject of this article. On the contrary I don’t see how this cannot be clear…

Will she perform in Serbia? Hahaha
It’s incredible how she used the fact her grandfather is from Serbia to win over naive people and get those 12 points… Tix and Efendi have done a better job by prolonging their fake romance xD Barbara couldn’t fake it any longer.

Never heard of her resorting to that fact, and maybe she’s got the intention to perform in Serbia but perhaps she wasn’t much on-demand over there or her team is yet to reach an agreement for performing in that country, who knows…

So quick to judge…plus, she didn’t get 12 points from Serbian public anyway, although she should have. The song is a little piece of heaven, regardless of what nationality her grandpa is.

ah yes, because those 12 points from Serbia propelled her to 2nd on their power alone. its not like she was 3rd in televoting or 2nd in the jury at all….

Oh my God are you serious?

Yes, actually you’re right, it’s COMPLETELY her fault that she has her roots there, she could TOTALLY have avoided that…

Here, the little thumb has lost its way. Retrace your steps, you may find your neurons on your way.

So happy for her success. It just shows how positively eurovision can change the career of an artist. I hope more talented French artists are going to take part in the national final (although I’d prefer a selection show for Kendij but anyway).

The Dutch seem to be loving Barbara, wow sold out shows!!

She needs to do shows in Spain, Suisse, and LONDON!

By the way, Voila is doing better in Netherlands than France wow.. so fair considering she got 12p from the Dutch audience.

staying busy, booked & unbothered! love that for her!!