Ten countries took the stage for their first rehearsal on December 15, but Armenia’s Maléna was the one who impressed our readers the most.

Armenia’s Maléna had the best first rehearsal on day two

The “Qami Qami” songstress is a vision in silver, with huge space boots and an oversized discoball jacket. She’s joined by four dancers in similar outfits to her own, but in pink and blue colours to match the glittery backdrop.

It’s as if the Power Rangers ripped up their old uniforms and created chic new costumes for an effortlessly fabulously night out at Studio 54. The colours are stunning, the choreography is slick, and the vocals are strong. Brava..

Enzo prances across the stage in all white beneath a sparkling gold blazer, joined by the dancers from his music video. The staging is grand and elegant, featuring brass pocketwatch graphics, a checkerboard floor and one of the largest props of the contest — a huge golden staircase, bringing Enzo and co. to new heights.

Third place in our poll went to North Macedonia‘s Dajte Muzika. 254 of you joined the Green Forces (12.53%).

Full results: Who had the best Junior Eurovision 2021 first rehearsal on December 15?

Do you agree with the poll results? Is Armenia closer to the trophy after the first rehearsal? Let us know in the comment section below! 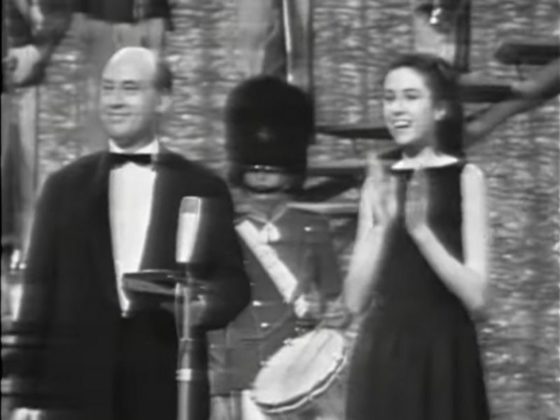 I am going to be really honest, and I know that a lot of people will disagree with me, but Armenian song does not sound like a Winning song.. I also thnik that North Macedonia will flop. There are going to be surprises!

I’m impressed with how JESC rehearsals have gone so far. That’s a credit to the organisers, the crew and the performers, well done. Some of the vocals on day two actually woke me up for the right reasons.

Polite request to commenters: Please be nice to the kids this year and do not be horrible. Remember everyone is a winner, just by being able to perform.
And: If I can be nice, so can you. 😉

The other side of being famous is getting so much hate. Haters gonna hate…

I really think Ukraine had the best staging, she has the best voice and her staging is partially simplistic but also has some very nice additions

What a shocker, the flood of Armenia stans boost themselves once more. Still expecting someone else to take the trophy.

armenia is the fan favorite, its not a surprise that they won this poll and it mostly has to do with the fact that malena had a great rehearsal

Please tell me what was so great about her rehearsal? Her voice? As good as other contastants but not better. Basic staging? So many countries had better stagings by miles! I really like her song and she is a fantastic girl, but for Gods sake! Malenas fans have some unhealthy obsession about her.

As you said they all are CONTESTANTS, and this is a CONTEST where SMO has to win, duh. And looks like the winner gets not only the trophy but the most hate.

Destiny got the most hate on this website this year when she was the favorite to win and still left the competition without the trophy. Invalid observation. Personally, I think that Malena would do great with the televote because of her die-hard fans. But that could probably won’t be the same with the jury. I don’t see them pushing her to the top cause ‘Qami Qami’ isn’t a great composition musically speaking – but that’s my opinion. So, I assume she might not get the victory. Plus this year is super strong so we can’t claim now who will be… Read more »

Kazahstan is underrated. I think it’s the dark horse of this year

What a shock lol. Atleast France and North Macedonia are in the top 3 (thr actual best rehearsal of the day)

Everyone is complaining about the staging with Armenia, but seeing her just standing in a platform for 3 minutes without anything happening, would get people bored real soon, remember Belarus 2017? Armenia knows what they are doing, it’s giving me both Vicky Gabor and Roksana Wiegel staging. And we All know what place those two Queens came