The competition is heating up in the UK as Liverpool has submitted the final version of its bid to host Eurovision 2023 next May.

On Thursday 22 September, the masterminds behind the city’s bid launched a full campaign video to showcase Liverpool in its full glory following unanimous support of the bid from local leaders.

The Merseyside city, which the BBC announced in August as a shortlisted candidate to host next year’s song contest, is now one step closer to landing the gig as a host city decision looms.

Diving deep into the scouse culture of music, compassion and social justice, the new campaign video highlights the city as a place of sanctuary that “embraces the different” and finds refuge for those who need it the most.

Elsewhere, we’re taken on a whistle-stop tour of some iconic Liverpudlian landmarks, such as Mathew Street, the Royal Liver Building, and the dockyards.

The voiceover adds: “Eurovision 2023 could be extraordinary. It has a chance to be something more than it has ever been before. The host city must recognise that privilege and do it justice.”

The @eurovision bid is in and it’s nearly decision time. We'll soon discover if #Liverpool has been chosen to host #Eurovision2023 in solidarity with #Ukraine.

Regardless of the outcome we are honoured that the entire city region and beyond have supported our bid. pic.twitter.com/7n2nf5CxjE

Harry Doyle, Assistant Mayor of Liverpool and Cabinet Member for Culture and Visitor Economy, said: “It’s just got to be Liverpool!”

He added: “This is Liverpool, a city of sanctuary, of love, of culture and of music.”

It’s just got to be Liverpool!

As the @bbceurovision & @EBU_HQ are deliberating, tell them you’ve made your mind up by sharing our campaign. Liverpool is the place to be.

This is Liverpool, a city of sanctuary, of love, of culture and of music. #Imagine #Eurovision2023 https://t.co/fQYoTxzzuz

In August, the BBC announced Liverpool as one of seven cities on the bidding shortlist to host Eurovision 2023.

As the only UNESCO City of Music in England, Liverpool has been commended for its contributions to the musical arts. Liverpool homes a wealth of concert halls and music venues, encompassing genres and styles from around the world. The city’s annual Africa Oyé festival in the largest celebration of African music in the country, attracting over 50,000 people to Liverpool’s Sefton Park every June. Elsewhere, the city is the stomping grounds of many British music greats, including Cilla Black, Atomic Kitten, The Wombats, Elvis Costello, Echo & The Bunnymen, The Coral, and Melanie C of The Spice Girls.

A decision on the Eurovision 2023 host city is expected sometime in Autumn.

What do you think? Could Liverpool host Eurovision 2023? Share your thoughts in the comments below. 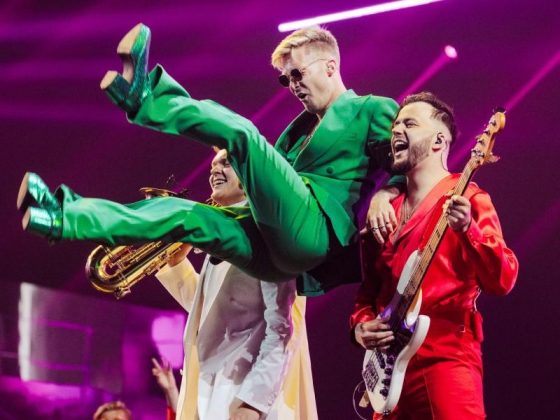 ok they put a lot of effort but we’re still waiting LOL.

Manchester has the biggest arena.

An article about Liverpool’s music culture, and it fails to mention The Beatles?!

Should Sir Paul McCartney and Sir Ringo Starr be involved on the stage at the festival, Liverpool 2023 should be the most iconic edition ever. Nothing could come close to it. Who could make this happen? They are legendary! The Beatles’ contribution to music and entertainment cannot be equaled by anyone. There’s just one chance to make it happen.

Yeah… this feels a bit to tryhard for me ?

Liverpool has has a big link with Queen, the group’s crest is on Dale Street.

Since the beginning I am team Liverpool and it hasn’t changed, let’s go!

It will be Manchester, there is no point in putting false hope in hostings that won’t happen.

Manchester fits all the requirements and then some and there is more to do aside from the contest and it is far better connected than Liverpool and has more reach with travel than Liverpool does. Not to say Liverpool is a bad city, its just not going to happen.

It will be either Manchester or Birmingham.

As if you have any idea what you are talking about. Every one of your posts on here thus far has been conjecturous, false or predictably inaccurate…. lol.

I am really sick of this. Yes, I have my opinions, but that’s what they are OPINIONS. I never forced any one of you to agree with them, I was offering an opinion, a point of view, it was all of you people who didn’t give me a chance to defend ANY of my points. Instead, you all jumped down my throat and made me feel like a fool. I am f**king sick of it.

“there is no point in putting false hope in hostings that won’t happen” – is not an opinion it’s a stupid comment. All the shortlisted cities are capable of hosting the contest.

I meant that as a city that is unlikely to host out of the shortlisted cities.

I’d be happy if its Liverpool, its a great city.
the Arena is ideal with additional space within the exhibition halls attached, which could be used for press, technical crews, dressing rooms or even the green room.
As Arenas go its quite attractive too on the waterside, its spacious and comfortable as a spectator. there a lot of talk of talk about Manchester being the city of choice partially because the BBC have a production base there, but Liverpool is a stone’s throw down the road. As much as l love Manchester I really don’t like the arena.

If in Liverpool, the slogan should be “All You Need is Love”

I was thinking about that too!

It would be a good slogan/moto, however ‘All You Need is Love’ is a copyrighted trademark – so that would need to be sought beforehand.

Just switch it around: “Love is All You Need”

Again – it’s copyrighted… lol. That’s why it’s so hard nowadays to come up with a good motto/slogan!

Liverpool is known by many as the birthplace of The Beatles. I’m actually looking forward to an interval act paying tribute to the Fab Four in the M&S Bank Arena if Eurovision 2023 was in Liverpool.

Very snazzy video from Liverpool. I’d be more than happy for our Merseyside jewel to host.

And, according to Liverpool themselves, the deadline for bids was on 8 Sep (what a day that was!), and that the host city is expected to be announced in the next 2-3 weeks.

Hopefully the other cities will release more on their bids too.