Wiwi: Anri Jokhadze shouts, at times through a glitter megaphone, that he is a rocker and a joker. As he runs around the stage breathlessly we also see that he moonlights as a pianist and a drummer, and, given his genital-hugging pants and low-cut top, that he fancies himself something of a gigolo.

In any event, it all adds up to one big mess. Rather than crafting a song that highlights his vocal talent—and it’s obvious from the opening bars that he can sing—he’s gone for gimmick after gimmick, and none of them quite work. He says he’s a joker, but unfortunately the joke is on him.

Deban: Great opening, but somehow let down by the LED Vortex. It should have swallowed Anri Jokhadze alive, and save the captive audience from bleeding ears. This is simply awful. There’s no other way to describe it.

Clearly not convinced of his ‘singing’ abilities, Jokhadze plays an organ midway through his performance. The camera crew are struggling to keep up with the whole dizzying change of pace to a song that does nothing but deafen the spectators. This entry will shock your taste level. No sane televoter will cast a vote in Georgia’s direction this year. Guaranteed! 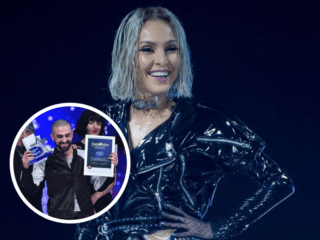 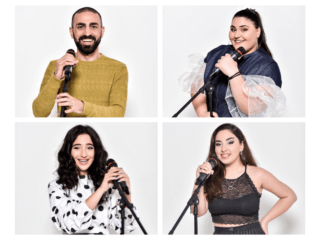 Poll: Who should win Georgian Idol and sing at Eurovision 2020? 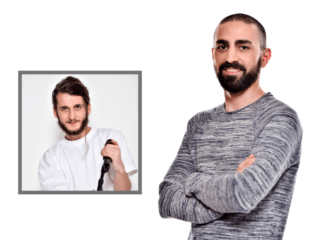 […] Wiwi Bloggs • Eurovision News, Georgia, Video In his song “I’m a Joker,” Anri Jokhadze tells us he is a joker, a rocker, and a stalker. He forget to mention that he’s […]

With a little imagination, it seems that the vocal interplay has been well planned. The execution on the other hand, was severely lacking here. It could sound fantastic in theory, but I can’t tell from this rehearsal whether they can acheive it.
They are apparently just pacing out the stage positions so far, but even so it doesn’t look promising to me.