Apparently it takes more than Russian peasant wear and a moonwalking bagpipe player to score with the Eurovision jury. That’s right, people: The jury seriously undermined Russia’s Buranovskiye Babushki and Romania’s Mandinga during the first semi-final. If the jury had not factored into the first semi-final, Russia and Romania would both have earned higher scores: The public loved them! Ireland, Cyprus, Iceland, Greece, Switzerland and Latvia also fared worse with the jury than with the public. And poor Switzerland. They finished 11th with the jury, but made the top ten with the televote. In the days before the jury, they would have made it to the final. On the other end of the spectrum, we see that Israel’s Izabo benefited the most from having a professional jury. Bulgaria: Was Sofi Marinova a Success or a Failure? Finland’s Darude and Sebastian Rejman: “Eurovision fans are so amazing!” 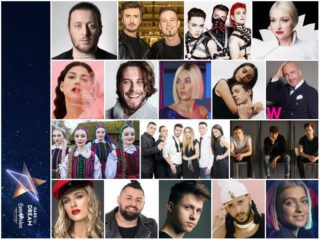 It’s hardly surprising stuff. While Russia’s Buranovskiye Babushki are bound to do well in the televoting section, unfortunately they’ll absolutely get slaughtered on the jury voting section. I’m surprised that they still managed to end up top of the table despite this setback.