When watching Eurovision, we hardcore fans look into every single detail. The lighting, the stage set-up, the backup singers, the dresses/suits/Cezar’s cape and last but not least…the singer! Throughout the years, we have witnessed hundreds of singers (and many more train wrecks).  Some we’d rather forget straightaway, but others have entered the stage and completely blown our minds with their voices! I cooked up a wee list of who I consider to be the best of ESC’s male singers.

Jeronimas Milius – Lithuania 2008:  I didn’t like the song as such..thought it was pretentious, dreary and in fact, boring as hell, but…..Jeronimas’s voice grabbed my attention. I decided to check out more of his performances, and behold! The boy can surely sing!! This song did him no justice whatsoever! Jeronimas is a million times better than “Nomads in the night” gave him justice for and for those who have become curious, I recommend f.ex. His performance of Scorpion’s “Still loving you” gave me goosebumps!

Michael Hajiyanni – Cyprus 1998: That man…that song….that voice!  This guy, apart from being freaking gorgeous, was blessed with an unbelievable macho voice..raspy and gentle at the same time. And when he hits the high notes, with that little smirk on his face..wow….And Europe responded, by giving him…wait for it…..37 lousy points!  Well done, Europe. Honestly, was it so hard to just listen, appreciate and enjoy a fantastic singer? Appearantly so, because Michael hasn’t been seen again on the Eurovision stage since then. But I refuse to lose faith and continue to wait and hope.

Cezar – Romania 2013:  Of course Cezar is on this list!! The man brought the countertenor back to Eurovision and to everyone´s surprise…nailed it!!! There is nothing I can say about this amazing man that hasn’t been said before. He simply rocks!

Petr Elfimov – Belarus 2009: At first I was somewhat sceptical about this entry, but when Petr raised his voice all the way from Moscow to Minsk… Wow! I’ve always wondered what would’ve happened in 2007 if Petr had performed “Work your magic” instead of Koldun. Don’t get me wrong, I LOVE that song and I ADORE Koldun, but what if Petr had taken the lead there? I’m fairly certain that Belarus would’ve finished in the top three, without even breaking a sweat. He was, in my opinion, the best male-singer of 2009, and hopefully he will be back..with a bang!

Zeljko Jocsimovic – Serbia 2004/2012: One does not simply make a list like this without including Mr. Serbia himself on it. Zeljko has a voice that penetrates your soul AND the charisma and looks to go with it. A deadly mix! I’m still baffled by the fact that he has never won!  I thought that he would never be able to top his performance of Lane Moje back in 2004, but then he re-entered with Nije ljubav stvar, and completely blew me away! I’ve watched some of his other performances through the years, and every single time he puts his heart and soul in the project and grabs a hold on the audience and doesn’t let go! He owns the stage! Pure and simple.

Vlad Mirita – Romania 2008: Yes, there are two Romanians on this list. I am aware of that, but when Vlad starts, there is no way of ignoring his deep and manly voice.  I’ve never been a fan of the Nico and Vlad duett…it should’ve been just Vlad going solo with that beautiful ballad of 2008. I’m sorry, but the only thing Nico was good at was bugging the crap out of me, when she started yelling and by that, completely ruining a perfectly good song! But those parts of the song where Vlad’s voice is shining send shiver down my spine every single time. Dear people of Romania..send him back to Eurovision, and this time as a solo artist. Pretty please?

Eythor Ingi – Iceland 2013: Eythor is amazing. Whatever he is singing and whatever kind of music style he sings, he rocks it.  But he is by far the strongest when it comes to the old metal classics. Has anybody heard him take on Deep Purple´s “Child in time”? Ian Gillan did, and he curtsied to Eythor afterwards! True story. But Eythor’s performance of “Ég á líf” made all Icelanders proud, regardless of his placing in the contest. He put his everything in the song, and his strong and beautiful voice was heard all over Europe. And left me and many others short of breath.

Klapa s mora group – Croatia 2013: This year’s biggest shock in my opinion, was when Klapa s mora were snubbed, and not given their rightful place in the finals.  Those five unbelievable singers synchronized perfectly, and their voices just kept getting better and better throughout the song.  What has the world come to, when such a beautiful and rare singing style (UNESCO world heritage list!!) like Klapa is completely brushed off, and left in the semi finals?  I dont know, but I dont agree with those results.  The Klapa guys get my vote every time!

Sergei Yalovitsky (Sunstroke Project) – Moldova 2010: Everybody remembers the epic sax-guy from this Moldovian party entry. Why they ranked so low in finals is beyond me, expecially since Sergei has the most powerful and unique voice I have ever heard! And the epic sax-guy..I mean, REALLY??!  The first thought that entered my mind when I heard “Run away” was: “Oh boy, I think I just became pregnant!!..”  But that is exactly what Sergei’s voice does to me. I can’t quite explain it. His voice just has that certain Je ne sais quoi… I just love it to bits, and again…Sergei, please, come solo!!!  I want to hear more!

Tose Proeski – FYR Macedonia 2004: Aaaah, Tose…probably the most missed out artist of 2004…and missed by the entire Balkans and the rest of the Eurovision world.  But how could people not vote for him more often, when he performed “Life”?!  I instantly fell in love with his deep voice, and when I got my first computer and unlimited access to Youtube, I dug up every single thing that Tose had ever recorded..and I wasn´t disappointed. (I highly recommend a song called “The hardest thing”..makes you sob in your pillow)  That man was in my opinion and with my deepest respect for all the others,  the greates and most talented singer, ever to set foot on the Eurovision stage!   Who cares, if his backup singers played a magic trick with red cloths on the stage in Istanbul?  I dont!  I was listening to the unbelievable singer.  Rest in peace, Tose.  You were beyond amazing!!

Kristin Kristjans contributed this report from Iceland. You can keep up with the latest Eurovision news and gossip by following the team from wiwibloggs.com on Twitter @wiwibloggs and by liking our Facebook page.
Photo: Eurovision.tv (EBU) 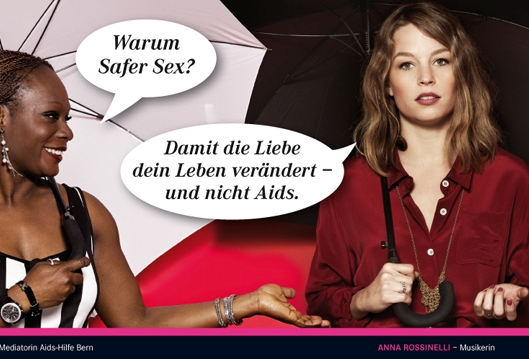 Which Countries are the Best at Predicting the Eurovision Winner?

This is just ONE list…I will make another one when time comes…cause it is also missing Geir Rönning, Didrik Solli-Tangen (allthough he wasn´t at his best in the finals of 2010), Harun Tekin of Mor ve Ötesi, Goran Karan and many more…I could go on and on. So many singers but only 10 places on THIS list 😉 And I looooooooved Igor Cukrov!!

Finally some credit to Lithuania 2008! 🙂 It’s a great song, AND a lovely voice. A song that has grown a lot on me. I don’t like “operatic” voices…Romania 08 leaves me cold. I like some of the others you mention…:Croatia 13 and Belarus 09. Iceland this year…well, good voice, but the song is so boring (and wrong for him, something more rocky would suit him better) Moreover, I can agree with those talking about OTT last year. The song is really very dull. But his voice is rich and warm. I think there have been some good rock singers…Kojo,… Read more »

I’d kick out that this year’s Romanian guy not singinging opera, as you say, but falsetto. Not great vocals at all. And I’d add Wig wam and Elnur&Samir.

Ott Lepland really needed to go on the list. Totally agree with Eythor Ingi , that man has an amazing voice

Agree with you. I’m glad you included Cezar on your list.

Dima Bilan winner of Eurovision 2008 should be on the list!

Ott Lepland!! That fine ass piece of a man should be on this list.

Also Norway’s Didrik will always have my heart. (get it? get it? okaayy)

I’d say… Norway 2010. You can say whatever you want about “My Heart is Yours”. But you can’t argue against Didrik’s voice.

Ummmm what about Israel 2008? Are you kidding me?

Amaury Vassili should also be here, sadly I understand given his less than stellar performance at ESC. Ott Lepland is also a great pick, and maybe Mihai Traistaru(?) and Terasbetoni, who gave a great rock n’ roll performance IMO.

Eyes that Never Lie was amazing, but Belarus only seems to go to Nordic-hosted finals, whether it was Koldun or the terrible mess that was 3+2. One of those weird Eurovision coincidences, don’t you think?

Zeljko Joksimovic’s voice is so manly and powerful. I just love both of his Eurovision entries. Mixalis Xatzigiannis(as he transliterates his name) is amazing too. He had a very successful song on the Greek charts this year, called “Se ena toixo”… If you wanna check it out, here’s the youtube link 🙂 http://www.youtube.com/watch?v=a2IwCes4ZgQ

Ott Lepland should be on the list. Seriously why didnt you include him here?