Olé, Olé, Olé! This afternoon Spanish broadcaster TVE has revealed its plans for Eurovision 2014. After months of speculation, we can now reveal to y’all that Spain will select both their artist and their song for Copenhagen.

Five artists have been confirmed to compete at this year’s national final. Along with their respective entries, they are:

“Dancing In The Rain” (Composed by Ruth Lorenzo, Jim Irvin and Julian Emery)

That’s right folks. As we reported last year, former UK X Factor finalist Ruth Lorenzo will be in Spain’s Eurovision plans this year. You may also be familiar with Jorge González, as he tried to represent the country in 2009. The entries for the participants will be revealed at a later date. Semi-final draw allocation: Which countries will sing when? 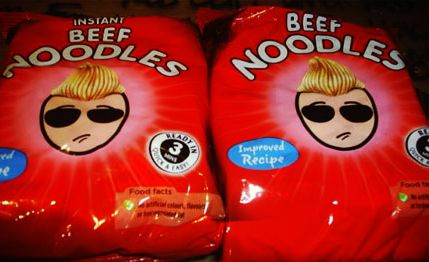 Oops. Done and all sorted now. Thanks for pointing it out!

I saw in other articles that you always write “EDSM”. Is not “EDSM” is ESDM (El sueño de Morfeo, in English Morpheus’ Dream.) El -> The Sueño -> Dream De -> Of Morfeo -> Morpheus ESDM 😉 http://www.youtube.com/watch?v=YZ6oKE47soQ I hope Ruth beats Brequette, but I guess it will be very 50% 50% between this women. My predictions: 1º ¿RUTH? 2º ¿BREQUETTE? (I don´t like her, great voice but booooooring woman. However, probably she has a great song… Pastora Soler is helping her) 3º JORGE GONZÁLEZ (Jorge was runner up in The voice. He has a lot of fans, but the… Read more »

Hey wiwibloggs, why don’t you make an article about the leaked Belgian NF participants?

Emily – Dhani is just a troll, just ignore it and it’ll go away. All it wants is a reaction out of us.

@Dhani – Seriously? This is 21st century, not the medieval period.

Wow, that Brequette sure has a voice. Bit shouty and uncontrolled though..

We know we can expect some fab singing from Ruth, hope her song is good :)!

Dang, Raul is good. I hadn’t heard that preselection song from 2000. Hope he’s kept up his game 😀

Can’t wait to hear all the songs!

Erm, you do realize Jorge González and Raúl are both men right, Dhani?

Agree with D, which I seem to do about 98% of the time. Based off of what’s already known I’m rooting for Ruth.

why all these women ?????? eurovision should be for men only… women should stay in the kitchen where they belong!!

Without hearing the songs, I’m definitely rooting for Ruth Lorenzo. La Dama and Brequette Shane would be tied for second place.

Wait a second, I thought Maria Isabel would be one of them!!