At Eurovision 2013, Lithuania’s Andrius Pojavis left us scratching our heads with his difficult-to-decipher lyrics: “Because of the shoes, I’m wearing today/ One is called love, the other is pain.”

But, as we’ve already learned this year, the madness—and misuse of Google Translate—continues. So much so that we’ve decided to launch a new feature: Those Eurovision Lyrics Cray. We’ve selected snippets from this year’s songs and need your help to determine who has the zaniest and most confusing lyrics of them all.

We’re doing this tournament-style, with songs competing in heats. We’ll start off with 32 snippets, and go to 16, 8, 4, and then the final 2. We’ll add a bit of analysis as the numbers narrow. We had to cut 5 songs to make this work, so hasta la vista Denmark, Lithuania, Iceland Greece, and Romania (consider it a compliment you are not linguistically challenged). We took the translated versions of the foreign-language lyrics, so if you don’t like that we’re taking apart an expression in your language….

So grab your dictionaries and let’s get started! Remember: vote for the crazier and most non-sensical lyrics.

San Marino vs. the Netherlands

Malta vs. the United Kingdom

Who will be the champion? Who will take home the new Eurovision gold? We’ll let you know who is still standing next week!

As for now, why not check out our post on 10 Eurovision Songs with Crazy Stalker Lyrics. 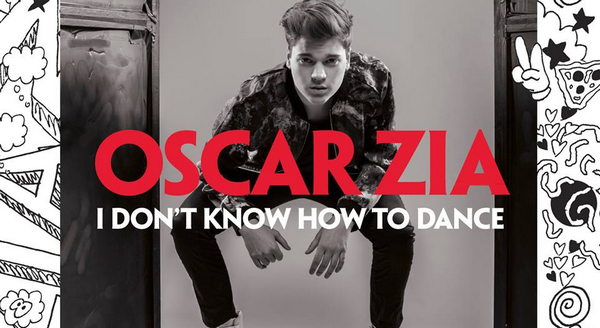 What does “I’m skinning you out” mean? We don’t speak from the same language.

@Diskat
I completely don’t understand the Georgian song, it’s like from another universe. Estonia okay, but what are you having a hard time understanding with the Armenian lyrics?

Btw I can bet $100 dollars that the only reason why Andrius went into the final was because of his t-shirt that was showing his abs everytime he lifted his hands up, and he was hot. How was the 5″2 tall Azeri win over him is beyond me. And yes, Farid is extremely short!

@ Wiwibloggs writers: Didn’t your mums teach you that cheating is not good? You have chosen broken lines/excerpts on purpose, guys. And as someone aptly pointed out, do not translate lyrics on your own (e.g. Italy) for the joke may be on you! Granted, not everybody really understands a few languages, let alone the English language, not to mention the dreadful use/interpretation of English even some native speakers make. As a professional in the teaching of foreign languages, trained in linguistics and a writer as a side show (I guess I’m not the only one here), my disinterested advice is… Read more »

Manholes of the city? Now I just love Italy, instead of hating the song!

The Portuguese lyrics are wrong, it’s actually ”in one thousand clouds kiss all that is mine”

I think Gravity’s lyrics are the oddest from 2013 xD I’m still trying to decipher what Zlata was trying to tell us… I love her anyway. :’) For me, the weirdest lyrics this year are from Armenia, Estonia and Georgia…

“The Wolf: You guys look like… What do they look like, Jimmie?
Jimmie: Dorks. They look like a couple of dorks.
Jules: Ha-ha-ha. They’re your clothes, motherfucker.” 🙂

Denmark: “Push a bath you up, pat the date.”
Translated from the Danish, “Skub a du bad up, dup de dede.” 😉

Yeah, the suggestions you make as to weird lyrics really aren’t at all; you’ve got to see that music as a creative medium you’ve got to give people some poetic license but sometimes that can go too far and the’re are some that just don’t gel. Some of these lyrics above make perfect sense; ie, Azerbaijan, Netherlands, etc, even France and Belarus’ actually make sense. But they’re are some crazier lyrics mainly, Israel’s “I’m skinning you out” as someone else has suggested. It just seems that the idea for this voting tournament is good but you haven’t used the craziest… Read more »

Woah and I thought Azerbaijan has the best lyrics. No one cares for dreams that don’t fit into our world is the greatest quote Ive ever read. As for Armenia, Dont cry little bird is a cute sentence to show your affection, I dont see anything crazy nor non-sensical in it.

As for Switzerland’s song, I don’t even understand what he is singing about. At one point he says “I’ll eat you up” and at another point he says “cause tonight I can not go hunting for stars”, actually I was thinking that he’s going to make a dinner that contain stars in it..

What happened to “Stay amazing lie”? from Estonia?

ohh c’mon you put Belarus and Sweden in the same voting, vote songs deserve to be in the final

Hahahaha some of these really chuckle. I love these bizarre lyrics.. Also, it makes me wanna do a whole google translate on Georgia’s song. Can’t believe I haven’t done so already lol

Albania: “Maybe tomorrow will be late to get by.”
Armenia: “No shoulder wants you to lean on.”
Belarus: “I don’t wanna be your toy perhaps today.”
Greece: “…” (Rapper Riskykidd mouthing something breathlessly. Guessed lyrics include “I’m blowing paper.”)
Switzerland: “Yes we can … I’m gonna be your candidate”

SHAKE WHAT YOUR MAMA GAVE YOU —> best line from all ESC

“wreaks” makes far LESS sense than “reeks.” It’s not even grammatically coherent.
I doubt very much that Molly actually meant “wreaks” even if she did spell it that way.

Phrases like “the house reeked of anxiety” or “he reeks of money” are well-established English idiom for an ambient sense of something not literally perceived. You can wreak havoc, but not wreak OF it.

Crying at the high heels one. God I love Eurovision lyrics.

Francheska here-
I had a cold when I wrote the “reeks/wreaks”, so mea culpa

But regarding the early heats,
New rule: Literal vs literal. Translation vs translation.

Literal — The real English lyrics as written and performed. Here, the writing is relevant.
Translation — Not actual lyrics, just an explanation. Here, you chose the wording, but the meaning is still relevant.

Otherwise, you might as well include parodies of your own invention.

With Children of the Universe, I think people are getting confused with “reeks” and “wreaks”. Both mean two completely different things and in the context of the lyric, it makes more sense to say “wreaks of passive violence”. Also, on her Facebook page, Molly has put up the official lyrics of the song and she has used “wreaks” 🙂

Maybe it comes from years of studying other languages (it’s my uni degree), but a lot of nonsensical lyrics make sense to me…I don’t know if that’s good or bad haha! 😛

It seems you have to be American to understand the Dutch lyric; it makes perfect sense to me (and the Americans who wrote it 😉 ). Or maybe I’m just cray because most of these lyrics make sense to me. The worst lyric this year has got to be Sweden’s “Undo my sad.” It’s bizarre, out of place, and it totally trashes Sweden’s reputation for being some of the best Anglophones in Europe. And on that note, I’m not bothered by the dominance of English-language songs this year, mainly because I think that we’ve got a lot of good songs… Read more »

Too bad! Too many english songs this year. Eurovision lost its spirit this year, I’m afraid. We need more languages people 😉

God, after reading some of these, I’ve realized how terrible the lyrics to some songs are.