On Saturday, Ukraine decided who will fly the blue-and-yellow at Junior Eurovision 2014 in Marsa this November. While the votes were being counted, jury member and 2011 Eurovision winner Eldar Qasimov performed a new song with Eurovision’s Next Top Model 2013 winner and bronze medaller Zlata Ognevich. The ballad, titled “Ice and Fire”, was a duet between two of our more recent success stories, but it was neither ice cold nor hot as fire. See for yourself.

Now, with a name like “Ice and Fire”, you would think that this would be an even more intense song than Paula and Ovi’s “Playing with Fire“. From a roller coaster in Florida to a book from Game of Thrones, the combination of ice and fire has been always been associated with competition, bravery, and lots of gore. Not so much now. Nearly every detail of this performance makes it feel like a watered-down “Running Scared” 2.0. That isn’t a good thing, as one of our polls have made it clear that Eldar and Nikki were the least deserving winners of the past decade. After seeing Eldar step outside his box last summer, why oh why must he go back to his old ways singing mediocre ballad duets? 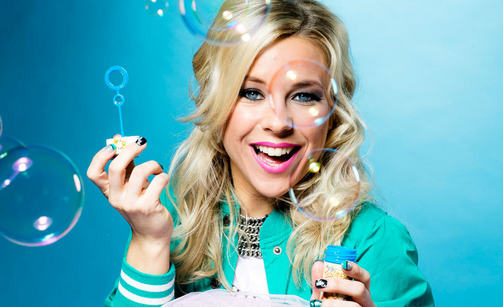 aaagghhh I like it ¬¬ and I really don’t like Eldar a lot nor Zlata… but for me was ok, you are being too harsh

I had to stop after 0.58 seconds. Seriously, wtf was this? Has Zlata not learned a new moves since her lousy hand gestures from Gravity? And Eldar….well people ripped him off here enough. I still can’t believe this guy won Eurovision – it’s pretty disappointing to say the least.

Can’t stand eldar .. Zero personality.. Will he ever reveal his sexuality .. Why getting all lovey with zlata when she just ain’t his type . She don’t have a dick..

Eldar acts like a full-of-himself star because he won the competition and only during Eurovision week can he be himself next to so many others like him … don’t need to explain this any further.

I do like him … but never liked the girl he sang with in 2011 … but this collab with Zlata sounds fine to me … and thank God it’s not another dance gay crap like the one he attempted to do for no reason.

The Turkey thing isn’t accurate. I think they misinterpreted a story from WiwiBloggs from last year

Eldar… most annoying man in the eurovision worlds.
I remember how he acts a star behind the scene of this year eurovision. Just terrible.