As you can tell, there are some familiar names on the FiK53 jury. Agim Doçi is a well-known lyricist who wrote the 2009 Albanian entry for Eurovision. Rona Nishliu represented Albania at the 2012 edition of Eurovision where she got second place in the semi-final with 146 points and 5th place in the final with 146 points. It remains the highest position for Albania in the contest.

David Tukiçi is an Albanian singer and composer. At the age of 13, he won Festivali i Këngës 08. Evi Reçi is a singer who has studied Communications, Media and Journalism. She participated in Kënga Magjike 2007 and 2009. Her song “Si limonade” was a summer hit in 2013 and brought her even a bigger fame around the country and Kosovo. Genc Dashi use to be apart of the RTSH symphony orchestra as a guitarist.

Alida Hisku is one of the most famous Albanian singers of all time. Alida has won Festivali i Këngës twice, back in 1974 and 1975. Her 1974 entry, “Vajzat e fshatit tim” is very known among Albanians and probably the best Festivali i Këngës entry. Fatos Baxhaku is know for television stories. Fatos is one of the first to have independent media coverage since the beginning of the 90s. A very known writer who is a scholar of history and written books about Albanian history. 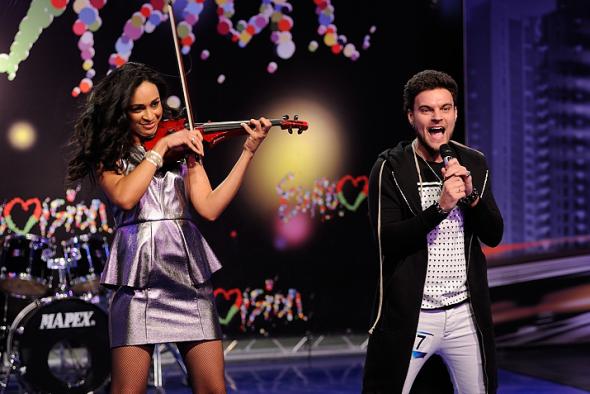