This year Melodifestivalen is getting a major facelift — or, rather, a new skeleton — with the hope of making the show even more glorious! Apart from including only seven entries in each deltavling, Melfest head honcho Christer Bjorkman has decided that songs that procede to Andra Chansen will become available for public broadcast immediately after their heats. In the past the songs were not released until after all of the preliminary heats had concluded, and they were swiftly deleted from YouTube. Mr. Melodifestivalen admitted that “we want to make the Second Chance show more interesting and dynamic, so that the audience feels the competing songs in its blood.” In other words, they want to increase the viewing stats. Conchita Wurst will also appear at Europe’s favourite national final.

The rules for Melodifestivalen’s Andra Chansen have also changed, as we reported several months ago. More on that here. 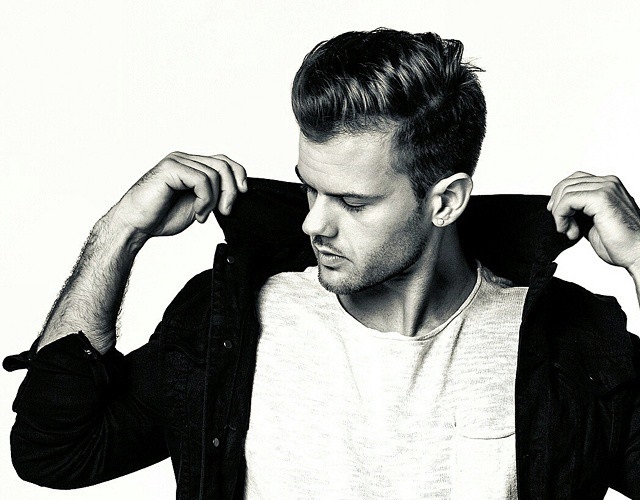 Gergo Szakács interview: We finished our A Dal song the day before the deadline

Dhani, both the televoters and the jury disagreed with you so will you shut up already. Plus, “Undo” finished third in Copenhagen and that’s a feat in itself. “Survivor” was good, but not THAT good.

Thiefo, the example that comes to my mind is DQ being saved by a wildcard in Dansk MGP 2007, then winning in the final. Of course DQ didn’t do so hot in ESC, but still.

Hah I also remember Robin winning in 2013, I was rooting for him since the very beginning, but was convinced he wouldn’t win because he made it to the final through Andra Chansen, it was amazing to see he proved all of us wrong… and beat YOHIO in the process 😛 I love the concept of Andra Chansen, and think it should be implemented in other national finals, giving the opportunity to songs that *almost* made it can sometimes prove those songs are actually better than the ones that went through first. I remember another example, when Max Barskih got… Read more »

The thing in Sweden is that you don’t actually vote for the song alone but vote for everything related to that song in particular, emphasis on the PR that the singer/singers/group will receive prior to the contest or its “deltavling”. That’s why we constantly have 2 sets of people (or singers) “battling out” for the ticket over and over again, while the others in the background (singers/songs) are just there to fulfill the program. But, apparently, this works for SVT and their record-breaking TV figures. Although, I was SUPER amazed when Robin Stjernberg won back in 2013. I remember correctly… Read more »

It’ll be interesting to see whether this helps Andra Chansen songs attain high rankings in the final, or at least higher betting odds.

Dhani, your comment is unecessary and irrelevant to the whole topic!!! Geez!!!

Andra Chansen sucks. Hate the battles. Just have them all sing and we vote for top 2

Yay! I love that they will not be deleted from YouTube now!!

Are you sure that they’re actually gonna be singing the songs that goes through to Andra Chansen like they do with finalists? Because that’s not what the article on melodifestivalen.se states.

Nah, why not :p But I’m not really positive about this, agreed with William Lee Adams & YoungsterJoel.

Conceita Wurst will make a premier performance of her newly released hit especially for Melodifestivalen:
http://pavel-petel.tumblr.com/post/108646085768/im-the-only-one-diva-this-is-now-and-stays

I don’t know, I think its a bit much to hear 4 songs twice on each show. I understand the idea but…eh, unless I really like the song, then maybe I don’t mind the extra listen lol