It is most certainly a woman’s world right now as the trio of Nina Sublatti, Amber and Trijntje Oosterhuis have topped our favourite Eurovision 2015 act poll once again. Nina can celebrate picking up the win for the third week in a row with 1,574 votes, on the same week that her debut album was released. Both Amber (1,159 votes) and Trijntje (619 votes) have continued to catch her as each week has gone by though. This one is tight, y’all!

It wasn’t a warm welcome for  Dansk Melodi Grand Prix winners Anti Social Media, who only managed 3% of the overall votes with their song “The Way You Are”. It seems that y’all aren’t exactly feeling them the way that they are right now!

The highest rise from last week was for Elhaida Dani, who bounced back from finishing last to a much more respectable 5th place. Perhaps the news that “Diell” was be performed in English has won some confidence back in here from the public?

Not so good news for Lisa Angell, Uzari and Maimuna and Giannis Karagiannis, all of whom notably fell back down the rankings though. With just under 4,900 of you voting it’s clear that throwing your support behind your favourite act really is important, so y’all better make sure to vote in our next poll opening shortly! We’ll be welcoming both Maria Olafsdottir from Iceland as well as the Bojana Stamenov, winner of Serbia‘s national final – is our leading trio set to be broken open?

YOU CAN VOTE IN OUR OTHER EUROVISION POLLS HERE. 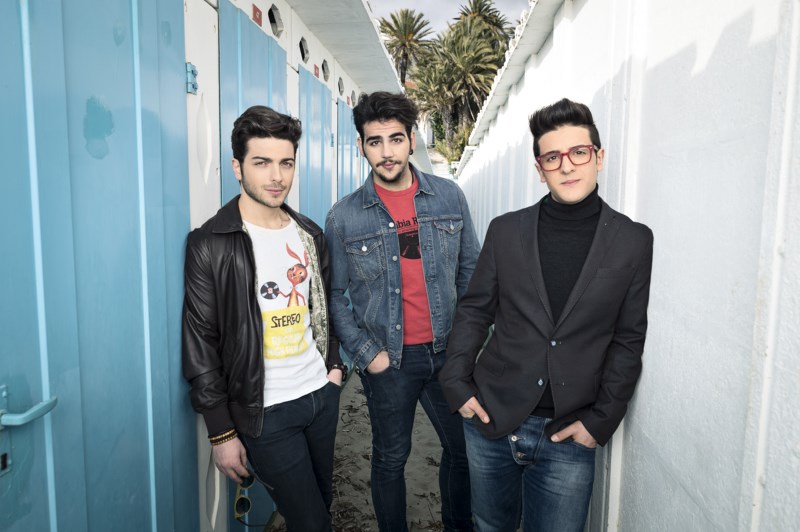 top 14 ( I already add this time with Vaidas, cause he WILL win)

Regarding to Georgia. Before i wrote comment I have done some research. On another poll Georgia is currently on second without sharing on her official pages. Even the fan page they are not posting the polls. Macedonia shared and it’s currently first place but very close to Georgia, extremely slight difference. So Georgia is in the lead without any doubts.

uh i like all songs but no malta :/ ppls everywhere have so different opoins,on fb won macedonia,on yt netherlands and here georgia,but i think none of those 3 songs wont won :&

I have done some research on the favourites, Nina (Georgia) comes around first. Or actually last mostly with Cyprus and Denmark and sometimes Belarus. The favourites (on YouTube) are (after the release of 13 songs) Malta, the Netherlands, Iceland and Serbia. Italy is also a favourite but doesn’t seem like a potential threat. On a website polls, Macedonia and Albania are leading with our favourites (Malta, Netherlands and Georgia) falling around the bottom. Countries that are mostly in the middle are: -Switzerland -Italy -France -Albania -Macedonia Basically there is no clear favourite. But there are 2 songs that stand out,… Read more »

i think only Contestants who can beat Nina on this Poll is ITALY ! they have amazing song, great voicesss…. i am from Georgia and i want so much to see Nina in top 5 at ESC 2015 and Italy, after Listening this song .. uuuh… they are great !!! now, i have two big fav’S…. Georgia and Italy … <3

12 points to georgia from armenia

I completely agree with the Top 3 – although I prefer Malta slightly over Georgia – definitely isn’t changing for me personally after the latest song reveals, but it might change soon since Estonia’s just round the corner!

The 3 selections that happened this weekend are going on top of my list (given Il Volo will indeed sing Grande Amore), Iceland, Italy and Serbia, great songs all of them!

However, the point still stands.

@ify_ not so, I’m fairly sure that she didn’t share the poll this time around. It resulted in a loss of 10% of the votes, but she’s still comfortably in the lead without sharing the poll on her fan page.

Macedonia is amazing… about Georgia.. well we all know how she got her votes.

so far Albania has been my #1

I feel as if the Netherlands song is becoming a tad bit overrated. I liked it when it first came out (not a lot, but found it decent).

Sadly, the advent of Bojana means a lost vote for Nina.

Wow, look at Macedonia making its way up to 4th place.