As we predicted a few days ago, Elnur Huseynov is indeed Azerbaijan’s “unexpected comeback” for Eurovision 2015 and will be performing the song “Hour of the Wolf” in Vienna.

The song is described as a “contemporary ballad” and certainly shows off Elnur’s impressive vocal range with some full on choir backing vocals to boot! Once again, Azerbaijan have brought in some international writers to polish off their entry: Nicolas Rebscher, Nicklas Lif, Lina Hansson composed the music and lyrics, with Sandra Bjurman also contributing to the lyrics.

Elnur is an obvious choice to represent the country once again, as he is coming off the back of huge personal success since winning the fourth season of the Voice of Turkey. There’s also an obvious show of personal growth in the entry and it’s on a completely different scale altogether from Elnur’s previous entry, “Day After Day”.

What do you think about “Hour of the Wolf”? Do you think that this is the right song for Elnur to return to the contest with – and will Azerbaijan be able to recover from the disappointment they suffered with Dilara’s finish last year? Let us know in the comments or on our Twitter! 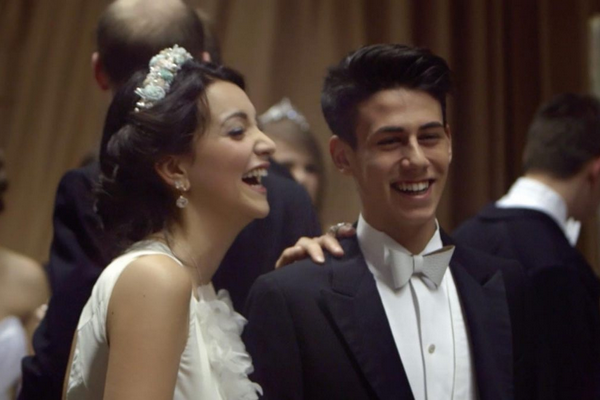 Cracking song! Love it. Has all the elements for a winner.

I like Day After Day better than Hour Of The Wolf. and definetily Dilara’s Start A Fire was better than this entry. at least for me.

My favorite song! As Elnur’s fan I like him very much!He really has amazing voice!!! He is my winner! but you know this year and next year our country is very busy, so we do not have enough time for ESC))) -1st European Oplimpic games, then Islamis games an etc. It is too much for us. We just want to take part in the ESC. May be next year we will do our best))) Good luck from Azerbaijan!!!

I love this song, its my top favourite this year, best of luck Azerbaijan 🙂

@Bakuboy
I’ve read all of the comments and there is not one comment from an Armenian that says bad things for this singer and the song. Grow up Bakuboy and stop instigating arguments. I already reported you for your inappropriate comments and I’m watching every comment you or anyone writes about Armenia. So be civilized!

A very strong,nice and exercised voices i ever heard.Definitly in my top 5.Along Romania-Voltaj and Spain, plus Israel(maybe a 5-6 place for him) this will compete for 1st place in Final.Good job,Azerbaidjan!

Very great voice, amazing song. Azerbaijan at the height, as always. My favourite

perfect song. jesus, azerbaijan… give other countries a chance like you did last year. jk!

Well, it is indeed really Swedish yet again. But I won’t count that. As a song, it has really good verses. If it had a killer chorus, it could’ve been one of my favorites. But I feel that the chorus doesn’t fit well with the song and isn’t really exciting. I also find it a bit forgettable. The singer though, is fantastic and it has a quality. Overall, a 7/10 from me.

Saudi Arabia could pay for a better one. When will Azerbaijanis show us their actual talent?

I do not want Azerbaijan to reach a higher place most of the time due to other countries being unable to reach a higher place than them. But really, Azeri songs really deliver well. I only like their 2012 and 2014 for now. 2013 is moderate only. 2011 is horrible! Lemme have a few more time to listen to Elnur’s song before I decide to make his song as my favorite as well.

it’s a very anthemic ballad with angelic sound effects and echos of a church choir. It’s as if it could have been part of the liturgical music played in a public worship ceremony. It’s hard to resist its beauty and you got to give credit to Elnur’s measured and impeccable vocals. This is a top 10 for sure.

Sorry, Azerbaijan, but I guess I’m just bored of your formula when it comes to Eurovision songs. Maybe try doing something different for once?

One of the few good songs this year. Top10 for sure, and probably 5.

sweden is the winner!

When will this country stop sending ballads? They’ve never sent anything different or uptempo. Didn’t they learn from last year’s result that we’ve had enough ballads from them?

Elnur is for me nothing special! Not a good song! (Some Swedes told me that the songwriter not known in Sweden)

I am completely in love with this, I’m by no means a Azerbaijani fan when it comes to ESC, but this is going in at my personal No.2, absolutely brilliant.

A sleepy lullaby once again as last year from Azerbaijan! zzzz godnight Azerbaijan! Why not try new etablished professional in Eurovision?

Very strange that Azerbaijan which was last to choose song (and know the other songs in Eurovision) choose one ballad to the already full line-up of ballads for 2015! Also a sleepy song as last year’s song! I guess it can be as bad place than last year ended up under 20..

This sounds so Lana del Rey-ish!! I love it!

@Cee: And your evidence for Elnur’s supposed homophobia is…?

This one doesn’t really stick out to me. It’s hard to tell what Elnur is saying and it’s not the best of the ballads this year.

(As a swede) I’ve found it lazy, disrespectful, unethical and uncreative of Azerbaijan to rely on swedish songwriters year after year. But this year I just laugh. It has become so unbelievably predictable and obvious. Like, is the sky blue? Does the bear shit in the woods? Is Azerbaijan using swedish songwriters for Eurovision? I guess the answer is always going to be YES, in capital letters.

Other than that.. Great song.

After several listenings: this is absolutely wonderful. This year has turned into having some of the most beautiful songs of recent years. Too many ballads, yes, but great ones!

I really dont like it, sorry Baku 🙁
Im just sick of all these ballads, they are all starting to merge into one big song for me…Im going to be asleep for most of Vienna 2015 I think 🙁
But…this is Azerbaijan…the final is guaranteed, and probably a top 10 finish

With the many ballads this does not stand out. Azerbaijan could struggle this year…

sending a ballad…. in a ballad year… and a dull one…… not good azerbaijan.

Mmmmmh, this is sort of dull. I think it will grow up on me sooner or later, but this won’t be my top scorer for granted, like, in a thousand years. Still not bad, but definitely not better than what they delivered last year. Sorry, Azerbaijan. Try again.

I really, REALLY don’t like this song, it sounds like a delted track from a bad Disney movie. And he can’t have the chorus on stage either…hmm.

Much better than Day After Day, but that didn’t take much.

My streak of not liking Azeri songs continues. Georgia will have to OWN IT, since they are the only country in that region producing a decent song this year, though i haven’t heard Russia’s yet. Though I hear it’s another ballad to, DULL.

@Yaay – Yep, Sweden is officially the favorite to win.

I like the verses more than the chorus, too much background choir for me drowning him out. Also that key change is in a weird spot. But I like his voice. I don’t think it is a top 10 song but it should do better than Dilara.

It’s a good song, but all of the songs are ballads.
Honestly feels like a walk in the park for Sweden.

@bastian – I wouldn’t be so sure that Azerbaijan will beat Armenia. In fact, I don’t think Azeri entry is better than Armenia. Two very different songs, neither of which is a winner, but you never know how things will play out.

i havent really listened to all the entries, i just read everyone complaining about the lot of ballads…i don care. azerbaijans song sounds great.good luck

Last night I went through all the songs with some of the Uni friends, the one thing they both pointed out, was that there are too many ballads. Come on Azerbaijan, why did you have to pick ANOTHER ballad, we’ve already got enough for this year

Oh Ireland’s competing twice this year! How cool! NOT!