We are getting close to Belarus’ national selection for Eurovision 2016, which takes place on January 22. In recent weeks the Wiwi Jury — our in-house panel of musical unprofessionals — have been listening to and reviewing all of the songs. Next up we have Sasha Zakharik with “Glory Night”. Did we catch that vibe? Find out below!

Mikhail: A song like this is okay to hear sung by a children’s choir on the streets in December, but other than that it should not appear on stage. Especially a Eurovision one. Especially in May. Well, maybe some people hold onto their Christmas trees till May, but I throw it away in February.

Denise: How did this get through the selection? How bad were all the songs if this got into the top 10? It’s so boring and it sounds like a cheap Christmas song.

William: If this is her night of glory, I really don’t want to hear her night of shame. From the music to the Christmas elves bobbing in the background, this is beyond dated and smacks of a Christmas jingle gone wrong. But I bet she’s a fun girl: her pronunciation suggests she enjoyed a very stiff drink before her audition: “But little step I try to fly, I fry the vestular sky….walking along the stars, no more thoughts, senseless bars…”

Robyn: Sasha has a really sweet voice, but damn, she has the worst pronunciation. I can’t even work out what she’s singing most of the time – unless she is actually singing of a desire to “defile the morning light”.

Sami: This song just doesn’t leave anything in my mind. It’s bland, it’s boring and don’t know why someone wasted time composing it. I’m not a big fan of her jazzy voice either.

Edd: This is just a complete non-contender: the production, the vocals, the lyrics – it’s weaker than a dead caterpillar. It can’t have taken her more than three minutes to create this song. How this was chosen over exciting entries from the likes of LAFA, Drozdy, Misters and Sweet Brains, I will never know.

Luis: Christmas is nice in December, but in May it would be kinda out of place. Luckily, we won’t have to listen to her in May, so no problem. The song itself isn’t bad, tbh.

Cristian: Something missing here but it’s a sweet nice song, different from the others (I’m not able to categorize it into a specific genre). It’s not overproduced or soulless like the majority of the entries here. Ok, this has zero chances to captivate the Eurovision audience but despite this, I like its genuineness.

Antranig: I really don’t like this. I can’t fathom how this beat out so many decent acts into the final. It’s definitely the worst song here. It reminds me of “Caroban” and it’s almost as bad. I’ll give them one point only because I like the backing singers’ outfits.

Bernardo: A typical song that makes a difference in the national market, but does not fit Eurovision standards. While the song is not great, I do still enjoy it. Sasha’s vocals are good and I found myself dancing to it and that’s a good thing. If she works the camera angles at the national final, it could be the dark horse of the competition. After listening to some of the worst songs ever in Belarus’ line-up, this appears as gold to me.

Anthony: The song says “Glory Night”, but it was far from glorious. So how on earth did the jury panel, especially with Eurovision experience under their belts, chose this? Sasha’s live audition simply raised the cringe factor even further. If Belarus want to bounce straight back into the final at Stockholm, this isn’t the one.

William C.: I’m sorry but this is absolutely dreadful, everything about it. It’s incredibly outdated, her voice is annoying and grates on me. I feel as if I have suddenly stepped into a time machine and headed to 1970. That dress would certainly be a top contender for the Barbara Dex Award! Some great songs were robbed for this atrocity to advance.

The highest and lowest scores are removed before calculating the final score. We have dropped a low of 1 and a high of 6. 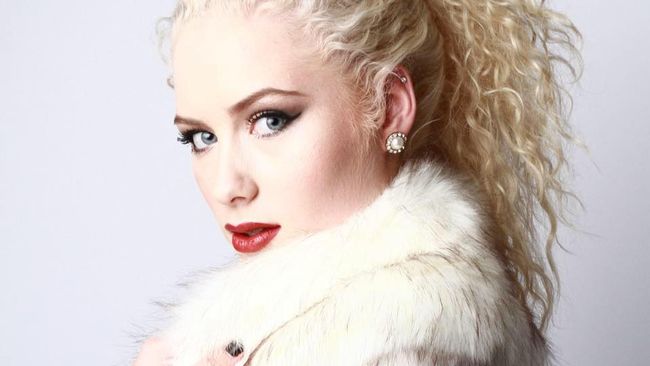 Wiktoria on Melodifestivalen 2016: I want to make an impression that lasts after Malmö!

Caroban was literally everything good in this world, I feel attacked on a deeply personal level.

@Zac It is a bad song tbh and so is this one! This one is definitely a dud

how dare wiwibloggs blogger antranig insinuate that caroban, serbia’s eurovision 2011 entry and literal ray of sunshine, is a bad song