In the coming days a panel of musical experts will gather in the bowels of a Ceska Televize building in Prague to debate the merits of Thom Artway, Light & Love and Dasha. As we recently reported, the broadcaster has shortlisted these three acts for Eurovision 2016 and must now decide who among them has what it takes to drag the Czech Republic out of the Eurovision semi-finals and into the Saturday night finale. As they deliberate their choices, we decided to have a listen to the artists’ existing catalog and have a think ourselves. You can watch our chat below.

But we want to know: Who is your pick for Stockholm? Have a think and then vote in our poll. You can vote for as many acts as you’d like, but you can only vote ONE time. So make it count. It’s up to you, Europe! Start voting now!

Poll: Who should sing for the Czech Republic at Eurovision 2016? 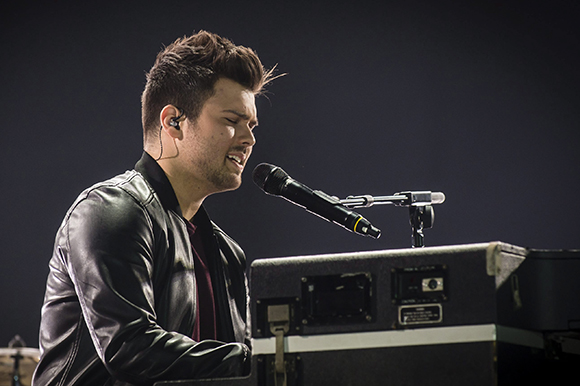 Nooo please Dasha then. tired of these guys with guitars who just had to write a song and came up with crap.

I think this video shows MUCH MUCH better how beautiful and powerful Dasha has her voice…https://www.youtube.com/watch?v=CSNZqA2vBv4

Thom and L&L sounds so british. They sound so modern, they will bring quality on Eurovision. Thanks God for artists like them, people in video doesn’t understand music, if they are talking, they are not wow. It is not about stupid gay show and divas, I want to see quality music in Eurovision and for example Blueberry Sky – wow, its better than Coldplay. Good luck Czech Republic!