We recently reported that the Czech Republic had shortlisted three candidates for their internal selection for Eurovision 2016. Now, following a chat with Ceska Televize, the Czech news portal IDNES has published the names of those three hopefuls: Thom Artway, Light & Love and Dasha. An insider jury will now have a think and choose one of them for Stockholm. As they deliberate, let’s take a look at what the Czech Republic has to offer…

Tomas Macek (aka Thom Artway) performs a mix of folk and pop, with a little bit of rock thrown in from time to time. The 20-year-old first made waves when his song “Towards the Sun”, which featured on the soundtrack to the Czech movie Kridla Vanoc. He quickly won over the hearts of the public and went on to release the EP Still Standing in the Unknown. Most recently, he released the single “I Have No Inspiration”. Not true, Thom! Not true at all…

Until 2012 the brothers Johny and Kosak (or Jan and Lukas) made up the group Johny Said The Number. But they left that behind them to launch their current project — Light & Love. They describe their genre as “universal” and somewhat inspired by famous artists like The Beatles, Michael Jackson and Coldplay. Their most successful singles are “Blueberry Sky” and “True”, which were lauded for their purity and optimism — hallmarks of the duo.

Dagmar Sobkova (aka Dasha) is the most established artist on the list, having kicked off her career way back in 1996 when she won a junior song contest. She has a strong voice and is known for her acting talents — and an ability to bring the drama. She’s performed in a number of musicals and even earned a prestigious Thalie award in 2010 from The Czech Actors’ Association. That’s kind of a big deal. She is not known for her own compositions, so would need a little help from her friends.

What do you think of the list? Who is your favourite? Let us know in the comments below! 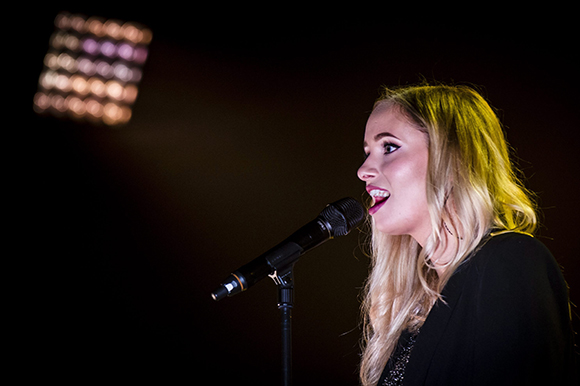 It has to be Thom! I also wouldn’t mind seeing Ligth & Love in Stockholm.

I personally like Light & Love (the brothers) the best, but I would be happy for the Czech Republic to send any of these three acts; they all seem great to me! Well done Czech Republic! 🙂

Thom is the cutest. 🙂

I feel like I’ve heard a good three dozen Thom Artways, but I like it and he makes a hot frustrated drunk Mexican :shrug I feel like I’ve heard a good 37 Johny and Kosaks, but I like it :shrug Moltiba is no Molitva. I suspect Dasha will be a firm favourite here, and she’s a good female vocalist which would be welcome – but based on the one song I’ve heard from her, I can’t see an iconic ballard and I definitely can’t see something more fun, and dull ballards are just the *worst*. Hopefully something a bit less… Read more »