When a Supernova explodes it burns bright and releases a lot of energy. Producers at LTV — Latvia’s state broadcaster — understand that and have done their best to make sure their national selection for Eurovision 2016 can live up to the billing.

Ahead of the first heat, which takes place on February 7, they’ve released all 20 artists and songs that will compete. As we already discerned from the Supernova 2016 trailer, heavy hitters Markus Riva and Samanta Tina are back. So are ElektroFolk, who cruised to the final last year, and MyRadiantU, who will be familiar to Eurofans. So will at least one of the composers: Eurovision 2015 starlet Aminata Savadogo composed “Heartbeat” from Justs.

Latvian luminaries Guntars Racs, Intars Busulis, Daumants Kalnins and DJ Rudd all helped to decide on the 20 participants, who were whittled down from 88 submissions.

3. Samanta Tina – “This Love is Forever”

The second heat of Supernova 2016 begins on 14 February. The semi-final takes place on 21 February with the final on 28 February.

A combination of televoting and a jury panel will be used on both heats and the semi-final. All the competing participants face the televoters and the top two entries qualify, then the juries decide another two qualifiers from the remaining participants. Only the televoting public will have their say in the final.

What do you think of the participants? Are there any early favourites? Let us know below! 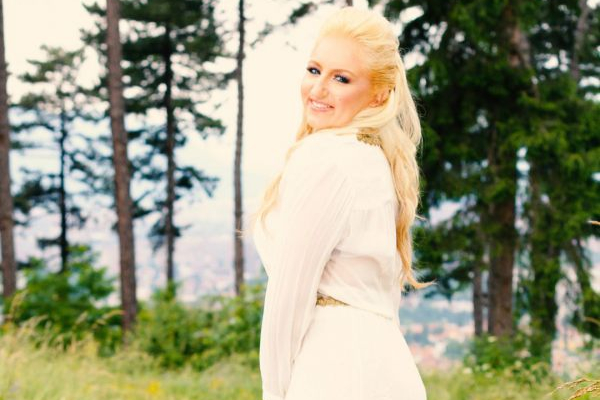 Wiwi Jury: Austria’s AzRaH with “The One” My favourite SUPERNOVA’s song Markus Riva!!! I can!!!

Very a song is liked MARKUS RIVA – I CAN 😉

I want to see Marcus Riva at Eurovision 2016

My favorite – Markus Riva!!! A very beautiful song!!
I also like the message of the song – I can!

My favorite – Markus Riva!!! ? very beautiful song!!
I also like the message of the song – I can!

“Iluta Alsberga- On Hold” is the best, beautiful eighties disco.
I only have the first place, she is special.

Everyone’s iding Aminata’s wave of success, and with Justs’ song composed by her, I think she’ll be appearing again for the second time, just not as a singer this year.

… then Top 10 in the big Eurovision final guaranteed.

@Alex I thought exactly the same! I don’t see a reason why Pyor would withdraw besides that. She’s living in London, she has an amazing voice and – the song is perfect (I don’t know if it’s somewhere online, but I downloaded it while it was on soundcloud back in december). I really hope that is true.

Heartbeat is easily the best.
Markus Riva is rather disappointing.

From the first listens, except for Heartbeat and Set It On Fire which both have made in to my playlist, I can say overall the selection isn’t bad, but it’s not amazing as well. It’s about average, but the best this year so far. My choice for the final would be Justs, Dvines (which I both adore) and then Madara Gregere and Miks Dukurs. Top 8 could be Ruta Duduma, Elektrofolk, Paula Dukure and MyRadiantU or Ivo. I’m dissapointed with both Smanta Tina songs, as well as Markus Riva (although I’ve never liked him) But for the winner I’d choice… Read more »

This is crazy! Such a small country can organise a competition of such level.

This is the kind of NF that the UK should be doing. Not just 6 songs…

Here we have some easy to forget, some ok-to-listen and some good quality songs. And then… there is Justs songs.

Sorry, I am disappointed with Markus’ chosen song. Maybe next national finals for you. I’ll choose Justs’ song instead.

For once, Latvia really doesn’t have any bad songs. Unfortunately only a small handful of these songs really are good for Eurovision.

There’s no Love Injected in the mix here. I don’t really feel much for any of them; I’ll wait for the winner and pretty much ignore Supernova this year I think. If I had to pick I think there’s something in “Paradise” and maybe “We Live for Love”, “Heartbeat”, and “On Hold”.

Wow, so can Justs win already? Aminata can slay this!!

Justs (and Aminata) to victory!

Only Edvards’s song and Justs’s song seem to catch my attention in a bunch of messily produced songs. Though, Edvards only gets me because of the swearing -how scandalous! Otherwise it’s a very ‘bro’ song.

Justs’s song is pretty good, though it’ll need a run-through if it’s sent to Stockholm. The vocal and delivery is well done, I can feel the pain Aminata’s lyrics are trying to convey. Not to mention catchy! Winner? Maybe not, but I’m sure that with the right kind of exposure, it could be a radio hit.

Wow! Justs songs has a good groove! It does something to me even after the first time of listening.

Why is wiwibloggs putting Markus Riva profile picture when announcing general news about Latvian competition? There is one today and one couple of days ago.

I doubt he will win this and neither he is so popular in Latvia.

Well it looks like everyone in Latvia had the same idea of copying last year’s ultra modern idea so nothing really stands out much. Heartbeat is good and probably the best there but I wouldn’t be surprised if it didn’t win.

What i can understand by this bunch, is that Latvia found its own path to becoming a eurovision powerhouse

JUSTS YES ITS MODERN ITS CATCHY HES HOT THE LYRICS WORK!
I feel that if (or when) Justs wins Supernova he could go on to win it for Latvia. I mean I know we still have Melfest to go but his song is just that good!

Just give me these songs in Supernova’s final and I’ll be happy. Is very easy that Justs wins this year, as he doesn’t have many competitors…

Just is male version of Latvia song from 2015.

Wow, what an amazing selection this year – There are some great songs, Latvia is really stepoing up their game!

Justs seems like the winner to me, a modern song, and he has a fantastic voice! Wouldn’t mind him winning, and I think they could easily get a top 5, just like last year 🙂

The one that stands out is Justs’s song but also Love Iluta’s entre. Great NF by The way.

Justs to Stockholm. The only one that matters.

This is a really nice mix, with a handful of real standouts. Nice job, Latvia! I’m especially feeling Markus and Madara. Latvia is moving way up in my esteem.

Justs!!! Listening to this song over and over again but it still keeps giving me goosebumps!! Absolutely looooooove this song! He is the one who can continue Aminatas legacy of success in this competition. I like chorus of Markus’s song, but “Heatbeat” is a truly masterpiece in its all glory!

Yes, heartbeat. It is pretty much the only song i have heard so far but it is mah favorite already 😀

Latvia, say hello to TOP3 if you select him. AND YOU BETTER SELECT HIM!

My kind of music!

sabine berezina and paula dukure seem like they have the right idea, but their songs are kind of messy
Justs is amazing and likely the only one on here that has the ability to continue the Aminata legacy in Latvia
madara and dvines have excellent songs that would surely qualify to the final (I actually prefer dvines to justs, but Justs is more arena-friendly)
props to miks dukurs and iluta for taking really experimental routes, they really raise the quality of the selection

Justs Heartbeat is AMAZINGGGG Latvia is really trying hard to get back to the top!

Latvia is slowly becoming an Eurovision powerhouse ! How a different national selection can change things, I really want them to do well and pick the right song (aka Justs – Heartbeat)

And you should stop mentioning Markus Riva and Samanta Tina while doing more posts about Latvia, because they both have mediocre or even worse songs than last year!!!

Latvia is going superb this year! 🙂

WOW, so modern and so up-to-date! Choose wisely Latvia, you can do it again! WOW. I didn’t expect such quality for a country so small.

My Favourite is defiantly look in the mirror

Wow, these are really amazing! It’s incredible how Supernova changed the whole perspective of Latvia at Eurovision. The quality of the songs is even higher than many big NFs of the past years. I can see Justs win the whole competition, at the moment. Heartbeat could be a hit even without Eurovision, if only that song came from a more prominent country in the music industry. Also Dvines, Myradiantu, Ivo Grisnins Grislis, Madara Gregere, Marta Grigale and Miks Dukurs have all awesome songs that could surely keep an high quality standard after Aminata and grant Latvia a place in the… Read more »