The first stage of A Dal 2016 — Hungary’s selection for Eurovision — comes to a conclusion tonight, with the third and final heat. Ten acts will vie for a spot in the semi-finals, but only six can join the qualifiers from the first and second heats. Who deserves to progress to the next round? We asked you earlier in the week, and the results are in.

After counting 367 votes, we can confirm that Andi Tóth & Olivér Berkes with “Seven Seas” are your favourites to make it out of tonight’s show. The duo received a total of 71 votes or 19.35% of all votes cast.

Finishing a close second, is the guitar-toting singer Petrushka and his song “Trouble In My Mind”. The 63 votes (17.17%) should ensure his thoughts are relatively carefree going into this evening’s show.

Petruska “Trouble In My Mind”

According to the poll, Szilvia Agárdi, Viki Singh and Juli Horányi should also qualify for the semi-finals. Nika, Bálint Gájer and B The First bring up the rear, and should not qualify.

The third heat is scheduled to start at 19.40 CET. You can visit the official A Dal website for more details.

WHO SHOULD QUALIFY FROM HEAT THREE OF HUNGARY’S A DAL 2016? POLL PREDICTION

You can see the complete results below. Only six contestants will advance to the semifinal. The contestants in italics are predicted to be eliminated (by our readers, anyway).

Do you agree with the poll results? Are your favourites in the mix? Let us know below Wiwi Jury: Switzerland’s Theo with “Because Of You” 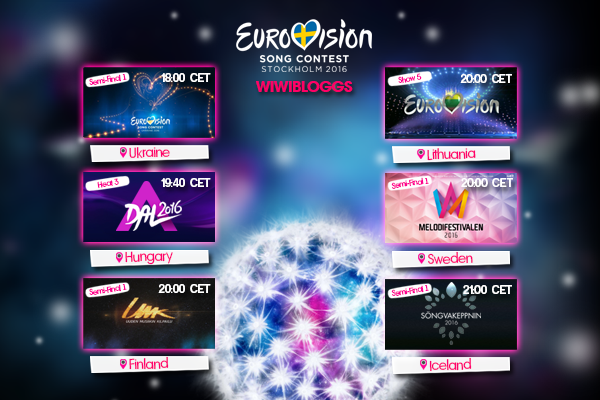