Since Australia was confirmed as returning to Eurovision 2016, we haven’t heard much from down under. But today broadcaster SBS has announced that Australia’s act for Stockholm will be revealed one week from today on March 3. And the big announcement will be made by the Queen of Eurovision herself, Conchita Wurst.

Conchita will make the big announcement as part of her special concert event with the Sydney Symphony Orchestra, Conchita: From Vienna with Love, held as part of the Sydney Gay and Lesbian Mardi Gras. Australia’s act for Stockholm will then perform her/his/their song on stage at the iconic Sydney Opera House.

SBS are promising clues and hints as to the identity of the act, but many fans have one person in mind: Delta Goodrem.

Delta is currently the bookies’ favourite to follow in Guy Sebastian’s footsteps. She already has involvement with Eurovision, having co-written Bella Paige’s song “My Girls”.

Delta’s latest song “Wings” was massive in her homeland, she’s just wrapped up her role as Grizzabella in Cats, and she’s been signed on again as a coach for The Voice Australia in 2016. Her schedule is free, and a stint in Stockholm could only make this year better for her.

But there are other favourites. In a recent Wiwi Poll where we asked you who should represent Australia in Stockholm, 47.2% of you wanted to see The X Factor winner Dami Im have the honour. The duetting Minogue sisters Kylie & Dannii were in second place with 13.49%, vlogger and emerging pop star Troye Sivan was third with 12.97%, bewigged diva Sia was fourth with 6.98%, and 2014 X Factor winner Samantha Jade was in fifth place with 5.04% of the vote.

What do you think? Who will represent Australia in Stockholm? Share your thoughts below. Germany’s Alex Diehl: “My song is inspired by the horrible things that happened in Paris” 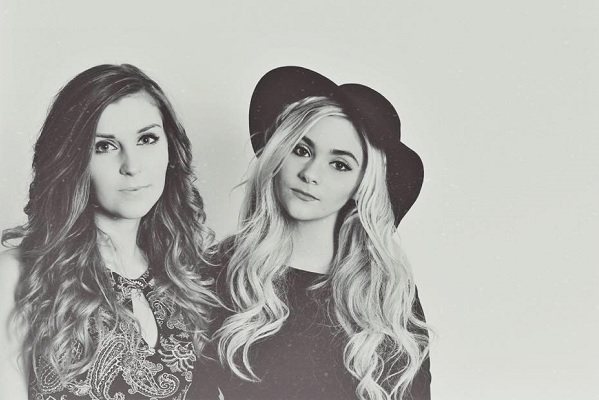 If the rumours are correct, it looks like where getting a life sized version of Barbie, Delta. Hope she has something better then Wings to offer, if not… crash and burn, as I don’t see generic pop doing well.

well last year sbs said that if we get invited back for 2016 there going to go with someone bigger then guy sebastian, it is possible that delta will be chosen. she has an incredible voice live strong vocals. and her lastest single wings topped the aria charts for 2 weeks making it her 9th number 1 and wings is certainly esc material it definitely wont be kylie. maybe dannii. but i reckon it will be someone thats not big in australia.. harrison craig, karise eden. dami im or maybe anja nissen.

Australia will probably win in 2017 with Troye Sivan. As for 2016, I have no idea. Delta obviously is available, but so are some others. Someone mentioned to me an Aussie opera star… is that a clue or a mis-direction? 🙂

I think the best entries for ESC 2016 will be selected internally (Russia, Armenia, Cyprus, Australia). Only Hungary will not choose internally, but they have ambitions, generally good liberal stage and good jury.

Anyone except Delta Godawfuldrem. She cannot sing.

Well, if it’s at Mardi Gras, at least we’ll know that the act would be very familiar with the LGBT+ community in Australia, so Delta, The Veronicas and Courtney Act would all be eligible. I think any quick search over Google on the lineup should give us some idea of who’s been picked. From what I’ve read so far, Courtney and Tina Arena have already been confirmed to take part, and Delta (if I remember correctly) has already performed at the event before, so it’s not completely far-fetched to think she’s not going to do it again. However, would we… Read more »

witness the current odds go wayyy down if they send courtney act. she’s credible enough but i don’t think she will do well. it’s too soon for a drag act and people will compare her to conchita to death.

It would be cool to see The Veronicas do it. They were one of the first acts to pledge an interest when Australia got the green light last year.

What if it’s Conchita?

Delta Goodrem, for God’s sake. I wish Troye Sivan was available, but perhaps in 2017… Nevertheless, Courtney Act –which I don’t like– is one of the guests in Conchita’s concert. It’s gonna be either Courtney or Delta, no doubt.

WhAt about courtney act?

Really sad that Troye Sivan has his tour going on atm, which makes it impossible for him to compete. Bummer! He’d be a perfect choice!

Troye Sivan is finally impossible, and I am so sad.

He will he at Stockholm on 20 May, but already booked for other cities in the Eurovision dates, as well rehearsals. Sad.

Delta is the perfect choice. She’s well known in the UK and some parts of Europe.

It seems for this year, we’ll be blessed with the bearded goddess herself announcing our entrant, which I’m so happy about, really. However, if we do send in Deltra, that would dampen my spirits quite a bit. Fingers crossed that it isn’t!