Back in 2014 Russia’s Tolmachevy Sisters asked the world to “shine into my darkness, shine into the night my rising sun.” And now they are shining once more in this hilar CARaoke video — essentially the Russian version of Carpool Karaoke. Gone is British comedian James Corden, replaced instead by two entertaining friends Alexander and Dimansh (who, by the way, runs the amazing Moscow Gala Concert and Eurovision Pre-Party).

They start their journey by admiring the good spring weather and recalling the atmosphere of May 2014. They then get in the ESC mood by singing their winning entry from the Junior Eurovision Song Contest 2006, “Spring Jazz”. Dimansh compliments the girls on their dramatic transformation from 2006. He confesses that the first thing he said when he saw their photos for Eurovision 2014 was: “Look, they have breasts!”

Of course, Maria and Anastasia sing their 2014 song “Shine in the CARaoke”. But the most exciting part of this may be watching them cover the winning 2014 entry, “Rise Like a Phoenix”. They channel all the dramatic feels — and even Conchita’s  exceptional ‘eyebrow rise’.

In addition to those winning songs, they also rewind the clock to 1974 by donning ABBA wigs and singing along to “Waterloo”.

Finally, the girls discuss their new project — the opening of the “Tolmachevy Sisters’ creative studio”. They want to share their experiences with children aged from 6 to 12. In addition to vocal lessons, kids can enrol in courses covering acting, the English language and choreography.

During the car ride they call Filipp Kirkorov — Russian representative at Eurovision 1995 and the mentor of the Tolmachevy Sisters at Eurovison 2014. He fully supports the girls’ idea about the opening of their studio, so all y’all need to sign up your kids RIGHT NOW.

The sisters also invite everyone to the Eurovision Gala Concert Moscow on 3rd April. See you there? Poll: What is the best bilingual entry at Eurovision 2016? 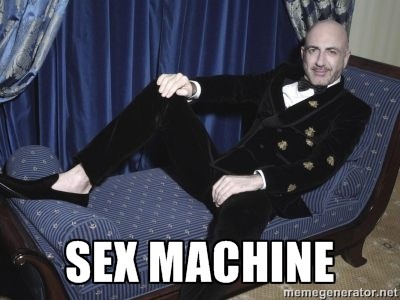 Not only this sounds awkward and fake but also … having the girls singing Conchita Wurst in Russian soil could bring them a lot of problems … we all know that show in Russia comes right after Eurovision and we know how many “nice words” they have to share about Conchita Wurst and things of the same nature in the name of their “motherland”.

That´s adorable lmao! I love the twins face during RLAP.

@wowowowo
I guess they bought the rights for a russian version just as with the voice franchise.

Very fake. Not into them.

The fake applause and laughter though….worse than our US sitcoms

isn’t that format copyrighted or something? xd

better late than never: they sang soleil (french version of shine) at valentines concert in belograd. they are also singing soleil at Eurovision Gala Concert Moscow on 3rd April.