Junior Eurovision is in flux. Ten days ago, it was announced that the 2016 contest would be moving from its traditional Saturday night slot to a Sunday afternoon. And today, the EBU have revealed yet more changes.

Originally Junior Eurovision was open to children between the ages of eight and fifteen. In 2007, this was narrowed to children between the ages of ten and fifteen. Now the age brackets are being lowered to nine and fourteen. So whilst nine year old performers across Europe rejoice, 15 year olds are left in a limbo where they can’t compete in either Junior Eurovision or its parent contest. Eurovision requires entrants to be 16 or over.

This marks a significant change in direction for the contest, which had been courting a more teenage orientated audience in recent years. If the new rules had been in place for 2015, the Netherlands’ Shalisa, Italy’s Chiara & Martina and Montenegro’s Jana Mirkovic would not have been eligible to compete.

Destiny “Not My Soul” at London Eurovision Party

As previously announced, the contest will take place on the afternoon of Sunday 20 November. The EBU has now confirmed that the broadcast will begin at 16.00 CET and conclude at 18.00 CET. In contrast, last year’s event didn’t start until 19.30 CET.

Junior Eurovision 2016: What we know so far

After a record win in 2015, Malta will host the 14th edition of the contest. The final will take place in Valletta’s Mediterranean Conference Centre on Sunday 20 November at 16:00 CET. The country’s national broadcaster PBS has confirmed that up to 18 countries will compete. Jon Ola Sand steps into the role of executive supervisor after his predecessor Vladislav Yakovlev was controversially fired late last year. The EBU and PBS will hold a joint press conference at the Eurovision Song Contest in May.

What do you think of all the changes? Will they help improve the contest or are we heading for disaster? Let us know in the comments below. 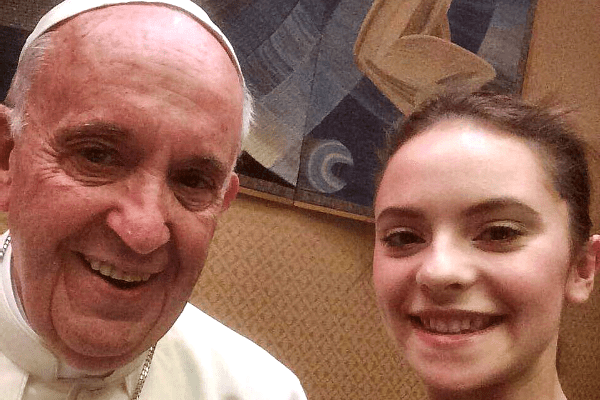 the format is becoming more and more wrong, so i think that the contest its not going to last, malta will not be always intrested

Thanks for answer.. I hope it will be here ASAP during today 😉

Most of the successful JESC songs recently have been from kids 11-13. So, I don’t think the new age bracket will have a big impact on the contest.

Jan: We have a Wiwi team in Malta and all going well we will have videos from the show. 🙂

So much doom and gloom in the comments section, jeez guys, lighten up. I know a lot of you hate change, but give it a chance and see what happens. That’s how things get better, by trying out new ideas.

Put it out of its misery already…

JESC forever, ok? No more negative comments. People everywhere have to deal with this new format!!!

JAMALA performed ‘1944’ on “Ukraine’s Got Talent”, however she performed with a twist.
Her song was well, slightly changed musically, as electric rock guitars and drums were used in the background. The song is still good, but the normal version seems much better to me, hopefully this version doesn’t make its way to Stockholm.

I get why they’re doing this. Older teens can be quite mature and deliver what is essentially a grown-up ESC-quality performance, up against the younger kids. And then this ties in with moving it to the afternoon timeslot. I guess the new focus of JESC is as children and tween entertainment.

Hey… WIWI will there be videos from Malta ESC party tonight?? Does it make sense to wait? Do you have someone there??

Many people were complaining of how many of the junior singers looked too old and too much like adults. Perhaps that is why they are doing this.
And the older kids do have advantages of the younger ones because they tend to have stronger, fuller, more mature voices.
But maybe they could allow 15-year-olds to compete in the regular Eurovision, if they get consent/attendance of a parent or guardian because you do have some kids who have fully mature voices at 15 or even younger.

I was helping a friend of mine with her cover for the Dutch preselection Junior Songfestival and we were almost done. BUT SHE IS 15 SO ALL OUR EFFORT WAS FOR NOTHING FGS -_-

Seems like JESC Bulgaria may be the last great edition (as was the 1st Malta show).

Why exclude 15 year olds? That’s not fair at all. Being 15 years old doesn’t give you any advantages over 9 year olds.

this new time is so annoying ? I won’t be able to watch live because of work how ridiculous

Let’s just hope this is the only edition to be screen on Sunday. From 2017 onward, it should be on Saturdays again. Needless to say, the maximum age should be 15 again from 2017.

Jesper, hope Netherlands will withdraw from JESC, this edition is a sinking ship. Why would 18 countries want to participate in this sinking ship, they will just drown

For example The Netherlands is already busy with the applications, and can now go scrap all the children that will be 15 during the contest. Good job, EBU.

And the ship has right now sunk, RIP JESC, Love past editions!

Before, some people told me that this contest is a sinking ship. Before, I did relax, ignore the problems and just watch the TV, but now I realised that it is true

JESC is wrong anyhow, and just became even more wrong. Why exclude 15 year-olds? Too many exams? Too many ASBOs? FGS!
Eurovision as a whole should be open to anybody, regardless of age. I have always believed that.

Why having age limits at all? I’ve heard 3-year-olds on You Tube with vocals better than many adults. These restrictions have no sense.

The age should be 12-17 for Junior and 18+ for the Adult competition. The higher age group was giving the contest more legitimacy.

Why this show still exists?

That is dumb to not allow 15 year olds to compete. If ESC doesn’t allow you to compete until you are 16 and above then there shouldn’t be a random gap. That makes no sense.

I’m sorry but the new time is just inconvenient, and if anything they should have kept the upper age bracket at 15.

I mean the possibil for participate, but I wouldn’t have wanted that in either way

Now the possibility for me is shutted down, even if I don’t want to either watch or participate this year, I am still turning 15 this fall, so now the last possibility is gone, but I don’t care, now I will watch ESC and WSC(Wiwivision), and maybe take a break during the JESC season, but I will follow BOJESC, (Best of JESC) on esc-plus.com

I will most likely not watch the contest, poor 15 year olds. It should have been from 9 up to 15