We caught up with this year’s Eurovision host Petra Mede not once, but twice on the Red Carpet event ahead of the Opening Ceremony in Stockholm. Petra, who as we know hosted the show three years ago and will be our host this year together with last year’s winner Måns Zelmerlöw, opened up to us about working with the Eurovision champion, the tough competition, and her dresses for the big stage

Wearing a chic feathered coat over a hip-hugging dress which highlighted her hourglass figure, Petra Mede stoped by Denise first, who asked her whether it was she who asked to be the host. Petra joked that she never begs and that she was asked to do the honours. As for hosting together with Måns, she says that she feels very comfortable, but on the other hand it is a different show and it feels like the first time all over again. Asked whether she she might host again next year if Frans wins this year, she said that she didn’t know. On the other hand, Petra says that the field is wide open in 2016 and that it’s anybody’s game.

In her second interview for wiwibloggs on the Red Carpet, Petra told William that she owes her fresh look to the energy of the fans, who showed up in great numbers for the event. She also confessed that the most difficult part of hosting is the voting, as Maths is not her strong suit and she is worried that she might announce the wrong winner. Lastly, she told wiwibloggs that her dresses for the show were made by Swedish designers Lars Wallin, Ida Lanto and Valerie Aflalo. We can’t wait to see those gowns!

Until we can see Petra on the Eurovision stage, what do you think of her Red Carpet look? 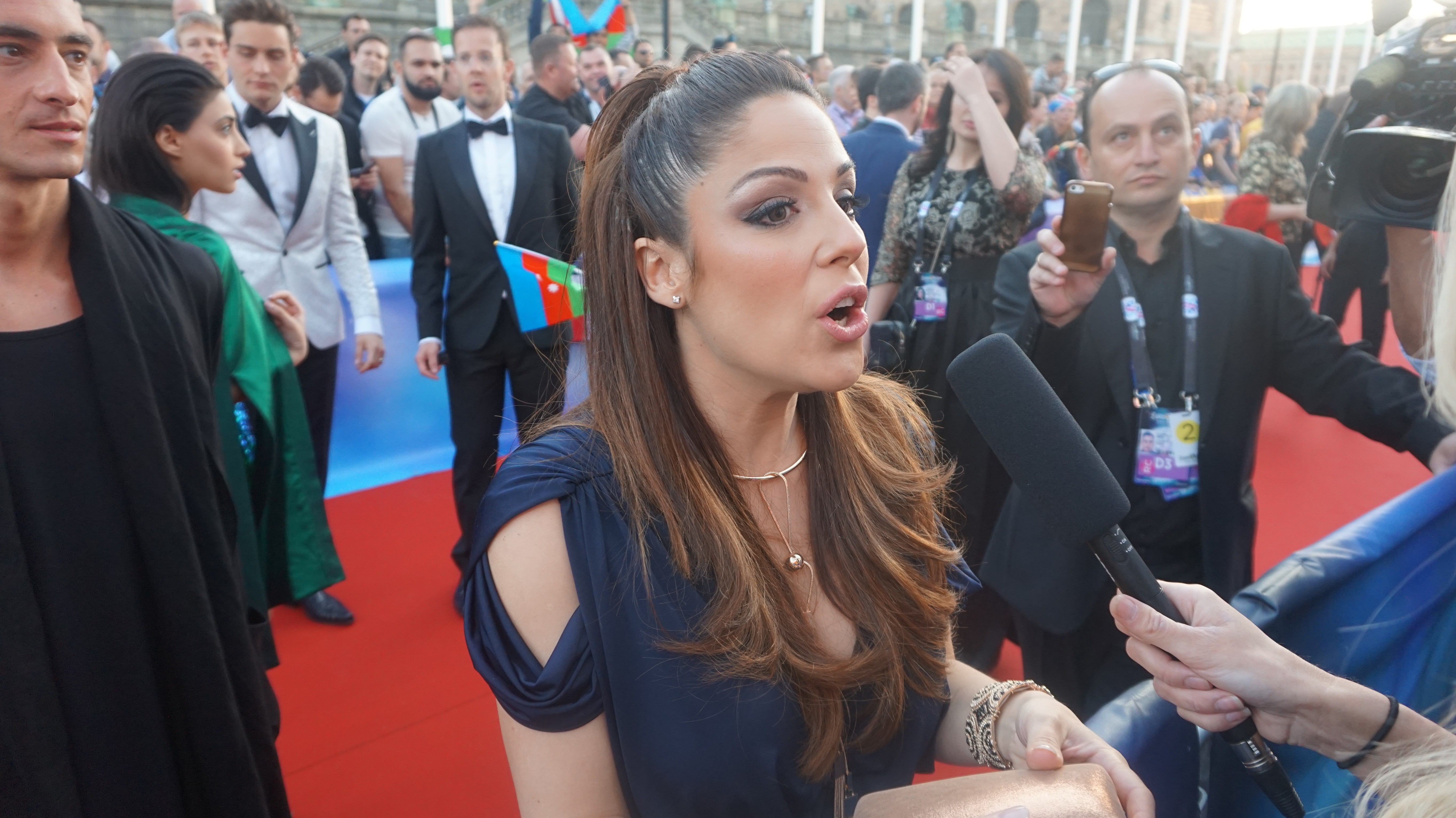 Ira Losco on her pregnancy announcement: “Sean and I are very, very happy!”

I can’t get over her Pocahontas look. She looks so natural and unassuming!
I hope somebody is watching her back closely after news about her recurring lower spine pain emerged a couple of days ago. I’m glad to see her standing tall and holding her head high!
Now I’m ready to get all ‘petrified’ again with subtitles:
https://www.youtube.com/watch?v=HnOnNQ3N26s

For me Petra try so hard to be funny but she didn t at all.
She must take lesson from host and singer from 1985 how to be funny without hard try.

She looks stunning! I love Petra! She’s becoming Eurovisions breakout presenter of the decade I think, hosting in 2013 and 2016 and hosting the special 60th show in London last year.