She satirised stereotypes of rural life in Poland in her sizzling Eurovision 2014 video and stage performance of “Slavic Girls”.

But earlier this week Polish R&B star CLEO left the farmyard well and truly behind her as she unveiled her scintillating new video “N.O.C.” (Night), filmed in downtown Warsaw.

Looking every inch the Queen of Polish hip-hop, the 33-year-old pops and locks and vogues on a rooftop bar until the sun comes up, whipping her hair back and serving that Slavic realness we love.

In 'da club: #eurovision 2014 singer CLEO has left the farmyard behind her in her new music video for "N.O.C." (Night). The 33-year-old beauty throws down with her milkmaid @ola_ciupa on the rooftop bar of a Warsaw club, showing us how Poland parties. And they party right! #slavicgirls

For much of the video she wears “Slavica,” the eponymous fashion line she launched after Eurovision.

Her principle look consists of a blue Slavica t-shirt, which can be worn off the shoulder, and a pair of sparkling blue pants.

She elongates her endlessly lithe legs in a pair of avant-garde white platforms.

Later in the video she slips into an all-black saloon outfit, replete with oversized silver neckpiece and hat, which conjures up the naughtiness of Bonnie & Clyde.

Eurovision fans will recognise some of her crew, including producer Donotan, who can be seen leaving the club early in the video, and Ola Ciupa, the busty milkmaid from her stage show in Copenhagen.

Ola puts on a very busty display in this video, dancing in a bathing suit and writhing around with a fellow dancer.

The song’s lyrics suggest CLEO and her posse are all about living for the moment — and for now that means tonight.

“All the night’s ahead of us, we are making our dream come true…to welcome the sunrise, to wish the sun sweet dreams,
to fall asleep on the sand and no longer have regrets.”

That is a party we can live with! 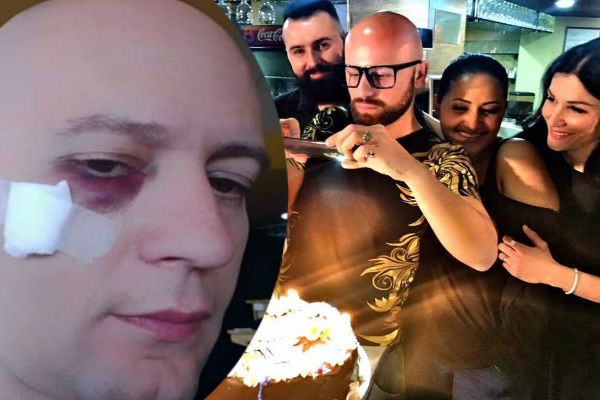 Last year there were rumors that she might return but she didn’t participate in the Polish national final. Why not give it another try, Cleo? 🙂

I have a question: why was Donatan supposed to be representing Poland along with Cleo in 2014? I mean, he didn’t even appear on stage, right?

That’s our girl Cleo! The one and only Polish Diva! <3

The video definitely includes “shaking what your mama gave you”! Nice song! 😀