Finnish singer Saara Aalto narrowly missed out on representing Finland at Eurovision 2016, but she may have an even bigger opportunity on The X Factor UK. Saara’s audition impressed Nicole Sherzinger so much that the judge gave Saara a standing ovation and announced, “My ass wants to clap for you.”

Speaking to The Sun, Nicole Scherzinger revealed that she’d spent the summer perfecting her twerking technique with professional dancers. After Nicole heard Saara Aalto’s impressive audition, she felt compelled to put that training to use.

The former Pussycat Doll told The Sun, “Oh My God. Obviously I was so inspired. She [Saara Aalto] was amazing so she made me want to twerk. And actually twerking is really making your bum clap – that’s what twerking is.”

Saara Aalto has participated in Finland’s national final twice, both times placing second. In 2011 she entered with the gentle ballad “Blessed with Love” which missed out in the superfinal to Paradise Oskar’s “Da Da Dam”.

Earlier this year she returned to UMK with the thrilling “No Fear”. Despite being a fan favourite and winning the televote, the jury’s support of “Sing It Away” meant that Saara placed second, missing out on the ferry ride to Stockholm.

The X Factor isn’t Saara Aalto’s first experience on a talent show. In 2007 she was a finalist on Talent Suomi, the Finnish edition of Got Talent, where she placed third. Then in 2012, she was a contestant on The Voice of Finland where she came second.

Saara is also known for her voice acting work, particularly as voice of Anna in the Finnish dub of Frozen.

But with all these near misses on talent shows, will history repeat with The X Factor UK?

As we previously reported, Eurovision: You Decide finalist Bianca has also auditioned for The X Factor this year. 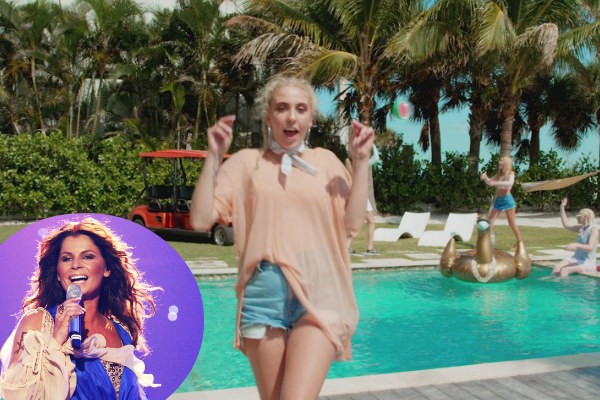 Sweden: Carola returns to the charts… sort of

Damn I expected to see her tonight, but nope.

Unfortunately, BBC controls how the UK Eurovision act is selected and X-Factor is on ITV. I always thought BBC and ITV should pool their resources to get UK back on track as far as Eurovision success.

Looks like Simon Cowell has told the producers to up the quality this season. I may have to watch this season. hope I can find a good stream.

Does that mean if she wins X factor in uk we can have her to represent uk in Ukraine? Cheers Suomi!!!

Bianca participating in the X factor and Saara Aalto it’s like an Eurovision national final reunion from different countries.