Swedish opera singer Rickard Soderberg recently shared pictures of himself in the recording studio, prompting speculation that he’s set to make a run at Melodifestivalen 2017, which follows his previous attempt in 2015. If he wins Sweden’s national selection contest, he won’t be the first opera star to grace the stage at Eurovision.

Indeed, Eurovision lends itself to plenty of genre bending, especially when it comes to opera. Some operatic acts go all the way down the classical route, some incorporate pop elements, and others take the genre to a whole new level of extravagance. Before the fat lady sings, we decided to rank the top operatic entries of the past decade. And yes — we’re using the term very loosely indeed.

The following acts are ranked based on three metrics. First, their overall placing at the contest. Second, the percentage of available points scored (e.g Italy scored 292 out of a possible 468 points on offer in 2015). And third, the approval rating. This third metric charts the percentage of likes an entry has received on the Youtube clip of the live performance.

I’m using percentages for this analysis because it makes it easier to compare entries across different years, when different scoring systems and formats were used at Eurovision. The list only takes into account “operatic entries” from the last ten years. Given that this genre may be liked less by fans generally, the Youtube favourability ranking helps separate them from one another with a greater degree of accuracy. In any event, let’s do this…

Propping up the table is Axel Hirsoux, a singer who has drawn comparisons to the guy with the funny mustache on the “Go-compare” advert. Despite his vocal prowess, and a particularly excellent high register, he failed to make the final with his sweet ode to mum. Performed in a more classical manner, the results show that this operatic effort just didn’t catch on with the public or juries. Either that, or people found the ghostly woman in the background too off-putting.

The last Croatian entry before the country’s hiatus from Eurovision, this was very operatic in style. Six guys, Klapa s mora, took to the stage dressed like 16th century conquistadors singing a pleasant, if a little unremarkable number, similar to that of a church hymn. Calling the song “Misery” probably didn’t help either.

One of the more extravagant entries on the “opera at Eurovision spectrum”, this saw Malena become a symbol of purity amidst the madness, as she delivered an excellent vocal, for all I know reaching every octave possible. However, “La Voix” wasn’t strong enough (or accessible enough) to climb the scoreboard in Moscow. But hey: At least it seems to have inspired this national final attempt from Opera Skaala in Finland.

In the penultimate year of 100% televoting, Bonapart.IV made quite the impression, storming through the semi final in 4th place. The entry, albeit pastiche, embraces the more contemporary form of opera typified best by the Three Tenors and Il Divo. It’s probably a bit overacted, and the roses seem unnecessary, but heck it worked, and they come in at number 5 on our list.

If you want to introduce somebody to Eurovision, you should probably go with this. It’s dramatic, bold, cheesy and disastrous all at once. Cezar is a countertenor singer and love him or hate him, you cannot deny that he brought one of the most entertaining entries of the last few years. This is a proper spectacle!

They say dreams come true but sometimes they don’t. Unfortunately Amaury fell into the latter category with the French/Corsican “Sognu”. France were the long-time bookies favourite and, had such a result transpired, it would have been the first victory at the contest for an operatic song ever. But 15th in 2011 registers as the second highest placing France have achieved within the last six years.

I’m clutching at straws with this one. In his defense, Peter Nalitch sounds like an operatic tenor and he wouldn’t sound out of place as the seventh member of Klapa S Mora. “Lost and Forgotten” is not opera, but the vocal is enough to include it on this list. The song itself was nice, and a bit more low-key than recent Russian entries. Who could forget the drawing Peter held up during the performance?

Topping all three categories convincingly, Il Volo, who represented Italy in 2015, win the day. Made up of two tenors and a baritone, the group blew audiences away with their voices and their formidable stage presence. As of now, “Grande Amore” is the only opera-related song to win the public vote and it stands testament to what a song in this style can achieve if presented in a commercially viable and culturally identifiable way.

Do you agree with our list? Who should have been ranked higher or lower? And is it possible for an opera-related song to win the contest in the modern day? Leave your comments below!

Robert is a 19-year-old University student from Ireland. He's been an avid follower of the contest since Germany's win in 2010. Melodifestivalen is his favourite national selection, and he loves any Armenian entry! 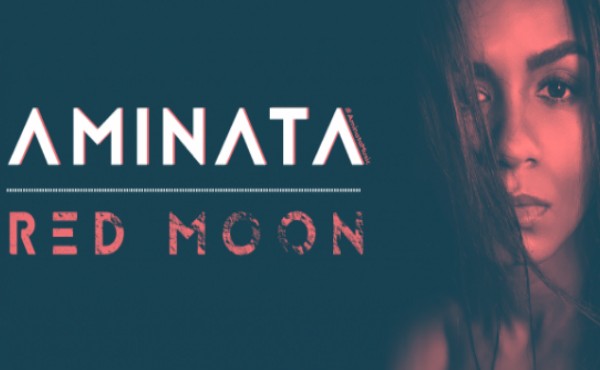 Big voices are not appreciated at Esc/Jesc.
One must not forget the little prodigy from Malta, Federica Jesc2014. How many other kids can sing like her but she placed only 4th. But she will find big opportunities far away from Esc, where she will be appreciated like Malena, Alenka, Cezar and Il Volo. https://m.youtube.com/watch?v=wadHSXst3qk

What about Igor Cukrov (Croatia 2009)? He also had an operatic voice-tenor or something? Am I the only one who thinks that Lijepa Tena is one of the most underrated Eurovision songs ever?

1. Italy 2015 – yes, we know that they know they are big, at that time they were stars, but they were good. They were using ESC to be relevant in Europe AGAIN (their succes is bigger in Latin America), so maybe this is why the juries wanted them down.
2. Romania 2013 – He seems talented and … how many men would accept to do that staging.
3. Russia 2010 – Talented singer and the song was a parody, was ment to joke about cheesy ballads. I’m not sure if I agree, but he was also misunderstood.

Yeah, okay, but why limit to the last ten years?

Second runner-up from Finland 2015, Opera Skaala/Heart of light, combining classical opera and EDM. All the hit-factors about this song are just wow. Unfortunately it was not their year and we sent Pertti Kurikan Nimipäivät to Vienna, and it resulted to… not disaster but a minor shame of land… But among those songs presented here, Il Volo, definitively.
https://www.youtube.com/watch?v=Dc2ytbGyMrw

God, where is Alenka Gotar?!

Everyone please, I understand that it may seem weird for Nostalgija to not be here, but please read the title before commenting things like this, it explicitly states “of the last 10 years”. So nothing before 2007 was counted in this list, which does make the omission of Alenka Gotar questionable…

My first thought was Croatia 1995 too! I scanned the list in anticipation, but no. A notable omission. I’m a millennial myself, so I don’t really agree with Charles’ assertion – but in case he’s right, all you young folks should do yourselves a favour and check it out. I love brushing up on past Eurovisions for the very reason that you come across gems like this.

For your viewing pleasure, I give you “Nostalgija” performed by Magazin and the wonderful Lidija Horvat-Dunjko. An absolute classic!

what about israel 2004?
wonderful song…

In my mind Malena Ernman and Alenka Gotar are the best Opera Eurovision singers and songs. I hope to one day meet my idol Malena Ernman while I am here in Sweden.

In response to what some of you guys have flagged up, I made a mistake regarding Slovenia 2007, and apologise for leaving Alenka out. I should be able to slot her in on the list within a couple of days. 🙂
By the above metric she’d have:
Place: 15 (in final)
Points %: 13.4
Approval rating %: 98.2

What about Alenka Gotar? This is by far the best operatic perfornance at Eurovision ever. And she even reached quite decent placing during the contest.

@Polegend Godgarina: You spoke the real truth … sadly Magazin were before the coming out of Eurovision of Dana International’ closet … therefore the interest is almost zero and very millennial-youtube-instagram-esque.

Axel … no comments! Klapa S Mora … forgettable … I literally forget this one was in … Malena … it’s just awful to see how far Fredrik Kempe goes to mock his own genre of music, in which he is clearly talented, wrapped in such a shameless way in schlager mode sung by someone who did it just for the fun of it … There was nothing to be said … Bonaparti … I literally have no recollection of this as much as most of the televoting era crap. Cezae … the best example of someone who did this… Read more »

You forgot the best one, though: Nostalgija by Magazin & Lidija, Croatia 1995.

Russia picked the right song of 2010. It was so heart wrenching….could make a stone cry 🙂

only sognu was genuine :/

Im seething for the omission of Alenka Gotar and the phenomenal hand torches.

Klapa is a music style of its own and isn’t really opera so whilst I like that song, it’s bizarre that it made the list over one of the most listenable opera entries.

I find operatic songs so boring, unless you spice them up with trashy beats like La Croix and It’s My Bible. Those were amazing songs!

I understand why Krassimir (Bulgaria 2009) is not on the list (he was bad), but it’s weird that Alenka Gotar wasn’t mentioned.

interesting we would had in 2010 song like songs from Romania if Russia choosen Oleg Bezinskikh “Crowning” who finished on 2nd place. Both Oleg and Babbushki would gave better result for Russia that year.

Russia made big mistake why they didn t send Buranovskiye Babushki with “Dlinnaya-dlinnaya beresta i kak sdelat’ iz neyo aishon” who are finished on 3 rd place in national final. With that song (for me much better than song from 2012) Russia would be strong contender for win and maybe Germany winner from that year wili be on second place. For me best 3 operatic songs are 1.Italy 2015 (they deserved to won that year and televote agreed with that) 2.Sweden 2009 (where she lost so many points from semifinal which she finished on 4 place in semi) 3.France 2011… Read more »

I’m pissed off! You got Russia 2010 in this list, but not the best OPERA-song in Eurovision ever – SLOVENIA 2007. How dare you?

Where in hell is Alenka Gotar? The Best ever… I still take prozac because of her placing

Russia 2010 is so beautiful…..too beautiful to desverve to get into the rather kitschy “opera-bag”. But I like some of those songs. Esp. France 11 and Croatia 10. Even if I’m all for diverse and brave musical moves in ESC – I suppose the songs are too remote from “pop / rock culture” to do very well. And with songs / acts as Rmania 13…well, the less said from me, the better – some people might love it 🙂 Personally, I find those songs / acts often far too kitschy and cheesy. Which is the bit of ESC I don’t… Read more »

Italy 2015 is so overrated! It’s just recycled pop opera that does nothing.

Slovenia 2007 should definitely be here, it’s by far the best operatic entry.

I think opera is not that popular and it’s usually inaccessible for ordinary Eurovision viewers. Also, juries don’t seem to be fans of it either so I can’t see an operatic entry winning in the future.

Most of the entries are okay, but Russia 2010 isn’t opera (it was a horrible piece of music as well)