While the continent waits for RTVE to announce how they’ll decide their Eurovision 2017 act, Spanish Eurofans have already made their wishes clear: they want Ruth Lorenzo back.

On Monday, just weeks after Ruth publicly shared her willingness to represent Spain in the contest, eurovision-spain revealed that the “Dancing In The Rain” singer had slayed “La Elección Interna 2017” — easily the biggest fan poll in the country.

Launched in the summer of 2009, the poll assesses who Spanish readers want to represent the Iberian nation at Eurovision.

Following their motto Nos Gusta Eurovisión (We like Eurovision), the web site pours a lot of time and energy into their internal selection process. Their spirit is making Kyiv feel just a little bit closer already! 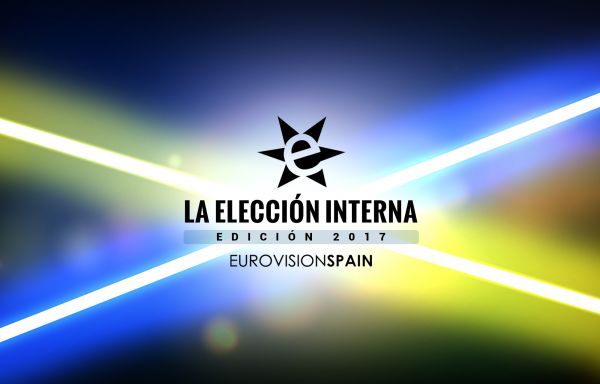 The list of voting options was determined by a jury of musical and television professionals coming from TVE, 20 Minutos, Bluper, El Español, Kiss FM, La Información, Onda Cero, RTVG, Vanitatis, Vavel and Your Way Magazine. Joining that superb jury, there’s also a panel of experts formed by colleagues of national and international Eurovision sites and members of the official fans clubs OGAE and AEV.

The result was an extraordinary list of 100 artists for La Elección Interna.

After five intense qualifying rounds — in which candidates had to survive some head-to-head battles — organisers determined the final 12. The following list shows the results of the final poll. Every user had to vote for 10 of the 12 candidates with 1p (least favourite), 2p, 3p, 4p, 5p, 6p, 7p, 8p, 10p and 12p (their favourite).

You can check full results and the complete top 100 here.

With 5,002 votes, Ruth Lorenzo won the day and smashed the web site’s record for most votes ever received.

Ruth is currently riding a wave of momentum and extended hype. After vowing to keep her word and sing for Spain in Ukraine, she’s announced details of an upcoming album and a new tour. She’s very flexible about Eurovision.

As she told eurovision-spain: “I’m at TVE’s complete disposal. I would bet on a blasting rock vibe song.”

She also admitted she has no other conditions besides time and respecting her style.

Joining the Murcian songstress on the podium is Álvaro Soler, who finished second with 4,038 votes.

Of all the candidates, he’s the favourite male option. Readers probably respect his contemporary sound with its unique southern vibe, but also his extraordinary international success.

Since 2010, no men have sung for Spain in the contest. And, following results of this poll, it does seem that readers want to see a male essence slaying the stage. This voice seems to belong Álvaro Soler, as he earned 1,179 more votes than Pablo López, the closest male artist. Even though he’s open to singing at Eurovision, he’s equally keen to compose for someone else — suggesting he will make an appearance in some capacity in the future.

Just when you thought you’ve seen it all… pound the alarm!

Pastora Soler came third with 3,057 votes. Her stunning performance in Baku brought Spain back to the Top 10 for the 10th time, and that clearly left a sweet taste in the mouth of Spanish Eurofans. Despite becoming a mother and putting her musical career on hiatus, fans want her to return to the Eurovision stage and claim her crown!

What do you think about the “La Elección Interna” poll results? Are they missing any artists who you just love? Share your thoughts in the comments section below! Waiting for this night: Lithuania releases details of national final for Eurovision 2017 Hi there, You have performed an excellent job. I’ll definitely digg it and
in my view suggest to my friends. I am sure they’ll be benefited from this website.

@ KennyESC – yeah, people buy his songs because they’re easy to sing along to. The typical songs that even the most out of tune person can shamelessly sing. He’s talentless and his discography is trash though, so why bother? Merely catchy songs never do well at the contest. You either need a unique performance (Manny Zelmerlöw) or an outstanding personality (Lena), otherwise you’re just another basic white kid with a guitar and a catchy tune that nobody’s going to care for.

@Polegend Godgarina rotfl we have the same idol too. But I don’t think Alvaro would translate the song, I mean he sang Libre in Spanish with Emma singing Italian, he could have sang it in Italian too but he don’t. Plus he is famous for that Spanish charme (?), that..I don’t know how to say it in English so please all forgive me for saying it in Italian: Alvaro é famoso per quel “fascino”spagnolo, mi spiego? Insomma, é bello e sembra simpatico allegro ecc ecc, e le sue canzoni sono famose poiché orecchiabili e in spagnolo. Il testo di Sofia… Read more »

@ KennyESC – lmao Katy Perry is my idol as well literally. She loves Italy but she would never consider an Italian talent show, those rumors were blatantly fake. I simply find Alvaro too bland and boring, he would sing the typical catchy song that gets lost in transition and he’d flop. Say Yay was the perfect example. Spain needs something more unique.

@Polegend Gadgarina well, yesterday I was at a coffé bar here in Rome and they trasmitted Aphrodisiac. (I don’t know what station it was..) I don’t think his vocals are SO bad. (But at least you too think Ivi’s are AWFUL..) I mean, he may not be the next Måns Zelmerlow in terms of vocals, but I don’t think he’s bad like Ivi.
But for X Factor I’m with you – I don’t like Alvaro here. Plus there were rumors of Katy Perry(my idol :D)as a judge…and the international judge was Alvaro instead. I really hate them for this.

@ KennyESC – the only non-Italian songs the Italian radio stations have played have been Euphoria and La La Love… The radio eats up catchy songs but that doesn’t mean they’ll do well, especially when Alvaro’s vocals are below Ivi Adamou level.

Alvaro Soler CANNOT sing and has the same personality as a toaster. Watch the Italian X Factor and you’ll understand why I’m saying this. He’s just… boring.

Spanish eurofans have the worst taste in music I’ve ever experienced, watching their national finals and the outcome, so no wonder they want her back.

Alvaro would be amazing, but I don’t see him doing it.

why not? Carola, Linda Martin, Helena P., Dima Bilan…they won in their second try, they learned from their first experience and returned with a winning song. Ruth has a powerfulvoice, has a great stage presence and knows how to deal with criticism and make eurofans happy. I think she would great an excelent choice

I don’t think it should be Ruth. I would like to see a male act now for Spain – gender doesn’t really matter but I feel like Spain (and especially Spanish fans) rely heavily on their diva-ish songs. 2016 was a step in the right direction – the song was never the problem (audience reaction proves that). They should just stick to that formula and get better staging and backing vocals. Alvaro seems like a great idea for me but the song needs to be fresh, performed by a competent performer and staged well.

Oh, my. I hate Spanish fans with this diva-loving. Send Alvaro, “Sofia” and “El Mismo Sol” are still on all the Italian radio stations here! Who was that guy who said”the problem of Spain at Eurovision are Spanish fans who want only divas”, some Jorge Gonzales or a thing like this – he is soooo right. If they keep sending their loved divas I don’t think will be at any time near at Madrid.

When will they ever learn? Wanting this screeching diva again over a real star, with a huge likeability and charisma factor. Lorenzo is just far too theatrical, which has traditionally never gone down well at Eurovision. I sincerely wish Spanish Eurofans in particular would get their act together, before Spain careers towards 50 years without a win, the way they are currently going.

I guess I need2check Ruth’s keen on rock – somehow I can’t imagine her within genre.

Alvaro would be the best choice.

No surprise, Spain loves it’s divas, and I think will be between places 22-26.