San Marino‘s participation at Eurovision has always produced more than its share of drama, and it looks like the micro state is keeping things dramatic for another year.

After promising some sort of Eurovision announcement ahead of their 2016-2017 programme launch event last night, the broadcaster then confused fans by announcing that they didn’t know if San Marino would be at Eurovision 2017.

Earlier in the week, the broadcaster had strongly suggested that the event would include an announcement on San Marino’s participation in Eurovision 2017, with the press release saying that the station director “promises surprises, even in the area of Eurovision”.

It was rumoured that San Marino would be announcing both the artist and song for Kyiv, however on Thursday the broadcaster clarified that there would be “no Eurovision music announcement” but that we should still expect surprises.

By this stage we were not expecting to see Serhat to show up in person, but we were expecting something.

For two hours we learned about cycling, football and cars, and broadcaster’s new on-demand service. Then finally a video appearance from Serhat! But that’s all it was — just a hello from the suave Turk.

SMRTV did give a shoutout to wiwibloggs, mentioning our list of 13 reasons we want Serhat to return to Eurovision. But they weren’t giving away any more information and wouldn’t even say if they were confirmed for Kyiv. In the words of Serhat, they didn’t know!

OMG, San Marino! Had there perhaps been a last-minute change to the announcement? Or was San Marino just trolling everyone in an attempt to get more viewers for the presentation and to show off their fancy new on-demand service?

To be honest, we don’t really mind. We still love San Marino and aren’t furious at having lost two hours of our lives watching something that had almost no connection to Eurovision.

We just hope that all is well, and that San Marino will soon confirm their participation in Eurovision 2017. Mellodrama! Anna Book still waiting to hear from SVT over a return to Melodifestivalen 2017 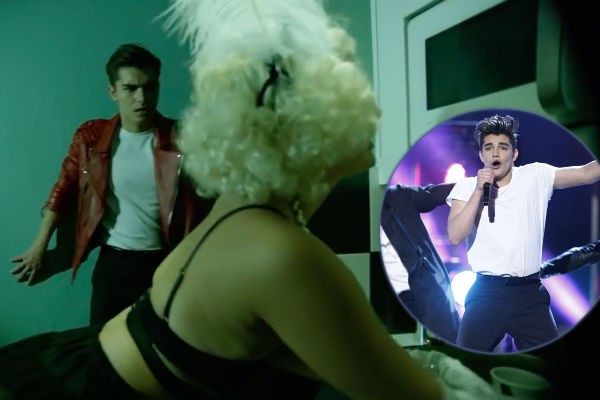 Anton Ewald gets dark and NSFW in “Devil” music video

I would like Brequette’s theme called “No Enemy” to represent San Marino next ESC2007. I think that San Marino will classify to the final with this amazing song.

They can send Miodio again. Its perfect SANMARINESE band with modern sound. Why send again bad Turkish singer/tv host? Or try this rapper.

I actually don’t think Serhat will come back

yo san marino, when did you become ukraine?

Let’s show some compassion for the poor sistren who watched 2 hours of broadcasting for nothing but a hello from king Serhat. Ain’t nobody got time for that!

It seems most likely it’s gonna be Serhat again, they are just teasing us and wait to reveal it later 😀

Me at San Marino