Her big comeback at Melodifestivalen 2016 ended in drama after her song was disqualified. Now it seems that the second chance Anna Book was promised for Melfest 2017 won’t be happening either. The schlager legend has revealed that despite being promised a place in the 2017 semi-finals, she has not heard anything from SVT.

Anna Book’s 2016 entry “Himmel för två” was dramatically disqualified after it was discovered to have been based on Felicia Dunaf’s song “Taking Care of a Broken Heart” from Moldova’s national final in 2014. However, Anna Book was still able to perform the song out of competition at her Melfest semi-final.

SVT had suggested that Anna would have a place saved for her in Melodifestivalen 2017, and prolific Melfest songwriter Fredrik Kempe offered to write her an entry. But as Anna told Expressen, she’s still waiting to hear from both SVT and Kempe.

The schlager legend explained that she had not yet received an official request from SVT, nor has she heard from Fredrik Kempe. “I’m just waiting on the song and the opportunity to return to Melodifestivalen that I had been promised. The ball is with SVT and those who have promised me a new song.”

And she’s not terribly impressed by this treatment, saying, “I don’t think it’s okay that they didn’t even want to have the discussion. But I’m a big girl and I’m not going to cry over this.” Anna also told Expressen that if Melfest 2017 doesn’t happen, “I’m far too sensible and stable to get angry but I will certainly be disappointed.”

Entries for Melodifestivalen 2017 closed almost one month ago, and already rumours have started over the acts that SVT is selecting for the show.

The Foo Conspiracy, Lisa Ajax, Elisa Lindström, Ida LaFontaine are rumoured, and Svenktoppen Nästa wildcard winners Les Gordons will be at Melodifestivalen 2017. And perhaps Anna Book will also have a place.

What do you think? Should SVT give Anna Book a place at Melfest 2017? Or is schlager dead? Share your thoughts below! 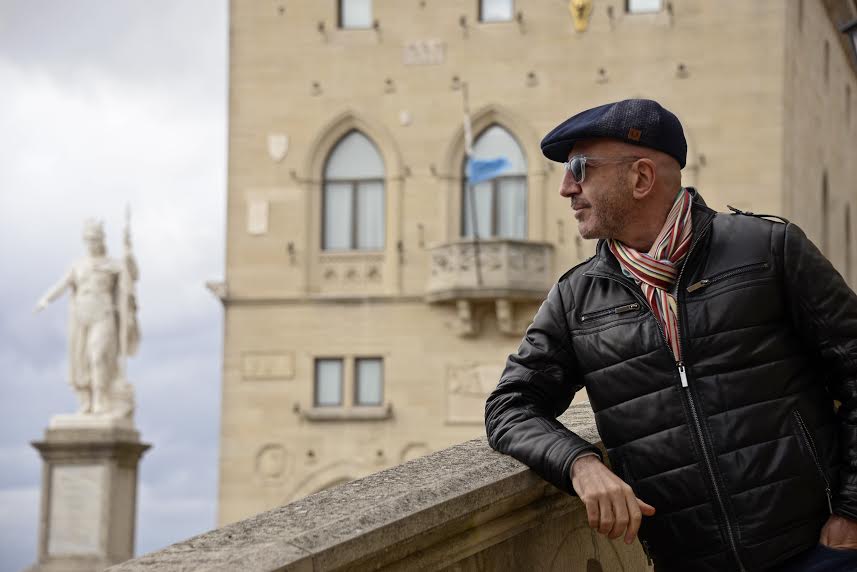 They didn’t know: no decision on San Marino at Eurovision 2017

Even if one might feel a bit sorry for her…rules are still rules. And I think this smells of too much drama. Sorry. Honestly, I don’t think her song was much of a loss anyway.

Personally I’m way more sorry for Ovidiu from Romania. Which had a really brilliant song. And lost the ESC itself proper. A way bigger loss both personally and (from my point of view) musically.

If she waited for two more weeks (yes, that old is the Expressen article), she could have read SVT until now chose only around 1/3 of MF2017 line-up. That’s not even 10 participants. And besides, Molly Sandén wrote her entry a week before the MF2016 artists presentation. Patience, young padawan, patience.

Her song wasn’t much of a loss anyway. Typical schlager. A pity for her though. But forget about MF – and look forward to your next projects Anna 🙂 good luck anyway

Was it with this woman’s need to cry and moan in media for every little thing that happens to her? Is she that desperate for attention? The reason no one has responded to her is because they don’t want to. Does she not know how the process works? SVT can’t promise or save someone a spot. They choose the acts. If Anna wants a spot she can enter a song and hope it gets chosen. And Fredrik Kempe don’t want her since he doesn’t want to do schlager any-more and he is busy with “Idol” What is it with her… Read more »

Considering the thorough process that potential Melfest entries go through every year (The ESCInsight articles Ben Robertson wrote recently was certainly eye-opening), I don’t know how the network can even promise any artist that they’ll reserve a spot for him/her. If a singer can write his/her own songs, then there should be no reason to even wait if she can submit her own material before the deadline lapsed unless there’s a separate criteria for singers and for songwriters wanting to compete. *This is my first time following Melodifestivalen so there’s a lot of stuff I may not be aware of… Read more »

Faller wasn’t according to me a schlager song, but I think Christer Björkman said that he would let some Schlager songs compete for entertainment and variation of songs. And my theory is in fact that the schlager isn’t dead, I discovered som months ago that swedes only want Schlager songs in the final every second year, compare the melfest final line-up in 2016 with the one from 2015.

Shouldn’t it just be the 24 best songs? Regardless of how famous the artist is or any supposed promises?

She’s entitled to be disappointed and upset about this almost Moldovian-plagio-mello-drama .. but at the same time … this woman has been around the MF world since 1986 … after 30 years … shouldn’t she be focusing on her own career instead of trying desperately to participate in MF? Record your own music girl, make your own albums, tour the country for heaven’s sake … and stop making MF the holy grail of Swedish music because it’s not … Carola has stopped with it the same way Lena Ph has too … it’s time for Anna to focus on something… Read more »