She shook her gym-honed body — and her seemingly endless hair — on stage at Eurovision 2012 in Baku.

And on Wednesday Greek-Cypriot singer Eleftheria Eleftheriou proved that she can still shake it with the best of them with the release of “Mamma Mia” — her latest floor stomper.

A shortened version of the single has already been looping on Cypriot television: It’s currently used in the title sequence of the comedy series of the same name.

A true pop power anthem, the track’s electro opening fades predictably into the verses before building to a belter of a chorus. Things remain pretty unremarkable musically as the uptempo tune basically loops until the end.

The power here lies in the motivational lyrics, which are repeated quite frequently and which emphasise positive affirmations to keep hope alive.

“Mamma Mia” is comforting to those of us who’ve been wounded by past love. In the chorus Eleftheria belts out that our smiles are enough for her and when tough times happen she’ll be there for us flying in the sky. It’s certainly true of her music which is always just one play button away!

The full version includes a second verse not heard in the tv title credits. It is essentially more flawless Eleftheria vocals, more hope, more flying in the sky.

The characters from Mamma Mia’s leading family embrace these lyrics of hope as they lip synch and dance to the track in the opening sequence.

Since Eurovision Eleftheria has been keeping busy and showing off a bit more versatility with her music.

During the festive season there was even a  Christmas single “Kane Mia Efxi”.

In any event, are you feeling Eleftheria’s latest track? Let us know in the comments box below. 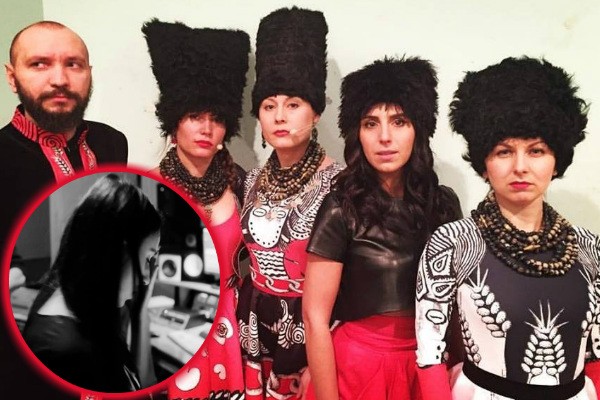