The Wiwi Jury — our in-house panel of music unprofessionals — continues to review the qualifying songs from the heats of Lithuania’s Eurovizijos atranka. Next up is Fusedmarc with “Rain of Revolution”, Gražvydas with “Paint the Sky Blue” and Greta Zazza with “Like I Love You”. What did we think of these three? Read on to find out!

Antranig: The first few notes of “Rain of Revolution” are interesting and the composition delivers throughout three minutes. The vocals aren’t bad but they feel completely out of place. It’s almost like she’s singing a different song that doesn’t mesh well with the music. Having said that, the final product is still interesting enough to consider. A lot of flaws but it’s not awful.

Robyn: “Rain of Revolution” isn’t a bad song, but the way it’s presented is. The production sounds like a cheap ’80s throwback, and Fusedmarc’s singer doesn’t have the sort of big R&B voice the song was intended for. Some recasting and a serious revamp could sort the song out, but that’s the sort of thing that should have been taken care of months ago.

Renske: In this song, everything that can go wrong for a Eurovision song does goes wrong. It’s utterly forgettable, the instrumentation is strange and it’s very dated. I still do not understand why so many artists think electronic melodies and flourishes are enough on their own.

Anthony: Fusedmarc sounds promising as a group name, but their entry is way off the mark. “Rain of Revolution” sounds like a badly executed 80s mash-up trying to morph into 2017. Trumpets, vocals from their lead singer and the electronic beats — they all clash so much it becomes overwhelming and in-your-face. I needed a lie-down after all that.

Luis: I had high hopes when this started. It seemed like a nice throwback to the 80s/90s. But that was a mirage. Sweet Jesus, what a hot mess. “Rain of Revolution” gets annoying by 1:20 and Fusedmarc’s random screams don’t help. A very nice way to give me a headache, thank you.

Antranig: The lyrics of “Paint the Sky Blue” possess a cute charm that you seldom come across. The song matches Gražvydas perfectly, although some work on the enunciation would help a lot. The key change works and this is an enjoyable effort without many negatives. However, would this be remembered at Eurovision? Probably not.

Anthony: He may be in the next round of the competition, but my weather forecast says dark clouds are in store for Gražvydas. His performance seriously lacked stage presence and it doesn’t bode well to handling the pressure of over 200 million viewers. To make matters worse, “Paint The Sky Blue” came across as a rather uninspiring effort from songwriter Peter Karlsson.

Renske: This song is simply charming. It reminds me a lot of Lena’s “Satellite”. Grazvydas needs a lot of work on stage and has to grow as a performer to make this song more energetic and honest. But at least the song is good.

Luis: Which colour is the sky in Lithuania? I’m pretty sure it’s already blue, at least here in Spain. Actually, the title perfectly defines this song. He’s doing something that’s already been done. In the 90s. By any given boyband from any country.

Robyn: Gražvydas comes across like someone who doesn’t have much experience performing to a crowd. He sounds a little nervous and his performance lacks a connection with the crowd. It doesn’t help that “Paint the Sky Blue” isn’t the most engaging song. Sadly, it all adds up to a forgettable performance.

Anthony: A potential title contender to win Eurovizijos atranka and it’s not hard to see why. Swedish songwriter Jonas Thander has done wonders for Donny Montell, and he’s done it again with another brilliant upbeat pop song. Translating it to a live performance will be Greta’s make-or-break moment, especially as her choreography was static at times during her heat.

Luis: Greta is a step or two above any other act qualified from this semifinal. Which is not saying much, but hey, the girl has something. Her song is likeable, although there are so many dated beats. It somehow works, and some big choreography could lift this up.

Antranig: There’s no doubt that when Greta performed in her heat, she blew everyone before her out of the water. This is one of the few songs that has staging elements that are ready to be copied and pasted to the Eurovision stage. My biggest negative is that her vocals need a little bit of work to truly sell this effort. I am confident that she can iron that out before her next performance and become a strong contender for the win.

Robyn: Well, I quite like this upbeat slice of pop. It’s not perfect, though. The chorus doesn’t quite flow the right way, and sort of sputters out halfway through. And I could really do without the breaks where Greta nervously sways on stage while the robot voice has a solo. But “Like I Love You” is one of the strongest entries in the competition this year, and all going well, we’ll see it in the national final.

Renske: It feels like this song was not made for Greta. She seems very uncomfortable while performing it. But if Greta can tweak it to create a good stage performance, this song will slay. Song-wise it is one of the best in the competition — and at Eurovision this could also do well.

Before calculating the average score, the highest and lowest scores are dropped. This is to remove outliers and reduce potential bias. We have removed a low of 6 and a high of 9.5. 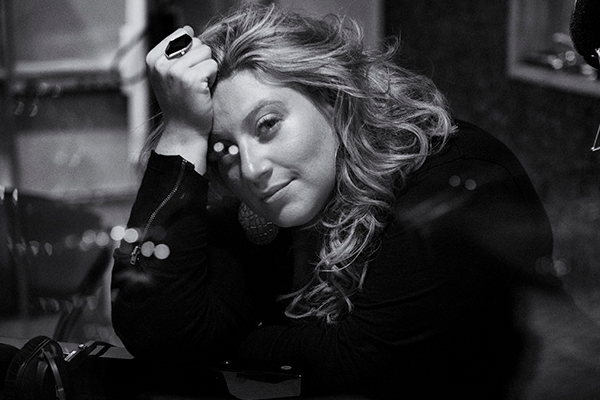 Hi there just wanted to give you a brief heads up and let you know a few of the images aren’t loading properly. I’m not sure why but I think its a linking issue. I’ve tried it in two different web browsers and both show the same outcome.

Ok, obviously the one who stands out here is Greta. She has a well produced, pop song. Her voice is really good. I think it would be good in a bigger stage. However, I’m not such a fan. I think I like it, but I don’t love it.

Fusedmarc: Weird song, and not in a good way.

Grazvydas: Questionable lyrics, but the song is cute and likable.

Greta: It’s a very good pop song, but not perfect. I really don’t like the parts with the computer voice and she seems not to know what to do on stage, even though her vocals are decent.

Lithuania has left me uninspired.

Greta Zazza is the best out of these 3. However, her song doesn’t scream “original” and her song is a bit reminiscent of the production of Justin Bieber’s songs. If this gets sent, I believe this won’t qualify. #GabrieliusForTheWin

lmao no greta is so not staying in the semi if she wins it is current af !!
like there’s a reason bulgaria and france made it to the top 10 last year and it’s because they were radio fodder

Greta for the win

(That comment was about the only relevant song a.k.a. Greta Zazza’s.)

It’s a nice song, but everything about it is so 2016. It sounds like the typical radio fodder that would stay in the semi at the contest.