She took Europe by storm as the Melfest and Eurovision interval act character Lynda Woodruff.

And now singer and funny woman Sarah Dawn Finer is embarking on a new journey: Motherhood.

The “Moving On” singer announced the news through her Facebook page on Thursday and was keen to point out that she’s not trying to steal a certain Mrs Carter’s thunder.

The mother to be looked radiant in the candid snap, but despite the public announcement, she’ll be keeping the rest of the pregnancy firmly under wraps, stating, “I try keeping my private life private, and will continue to do so out of respect for my work, relationship with my fantastic boyfriend Jonas (my baby daddy) and our families.”

Last year SDF was one of a spree of guest-hosts during Melodifestivalen 2016, taking co-hosting duties alongside frequent collaborator and friend Gina Dirawi for Deltävling 4 in Gävle. She followed that up with an appearance at Eurovision and appeared with a host of Swedish stars for En kväll i New York live from the Apollo Theatre in New York City.

At the end of last year, Sarah said her resolution for 2017 was to love and learn, and this seems like a pretty good way to do it.

GRATTIS to baby-daddy and baby-momma on the happy news! 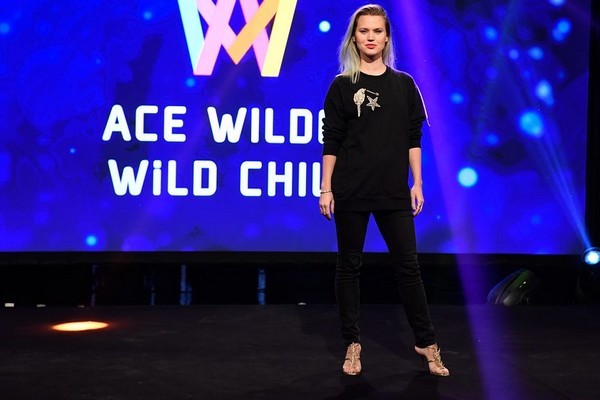 Melodifestivalen 2017: Ace Wilder is the semifinal one act you were most excited about before rehearsals

You made me go to youtube and watch Sarah Dawn Finer in 2009.
I can’t believe that kitsch. She was lifted and she had that stick and belt to feel secure, and the song … the worst collection of cliches.

@an esc fan: Because countries like Russia and Greece are the ones who deliver the true innovative credible music goods in Eurovision? #getagrip

This woman deserves everything life has at its best both personally and professionally. She’s the reason I bothered to watch MF back in 2009 because she was one of the rare examples of actual believable music in that contest that night, and everything she sings is gold to me. Pure talent, such a powerful voice … she understands music the way a lot of people in Eurovision don’t even care about. Would I like to see her try again? Well it would be great but right now Sweden is no position to gather further hatred with its winnings so close… Read more »

Nobody knows who she is, and this article has NOT many comments, because in the title we can read the word ”Melfest” instead of real information about who this person is. I’m tired of the most boring thing in the world, Melfest, so loved by some, but nobody really cares about stupid, plastic show.

Yes, I believe it is the Lynda Woodruff actress. Perhaps that should have been made more clear in the headline.

wait is this the lynda woodruff actor?