Last month Ireland suffered the indignity of a fourth consecutive non-qualification at Eurovision. While Irish commentator Marty Whelan maintains RTÉ is “doing nothing wrong”, both the media and politicians are sharpening their knives. Noughties popstar Samantha Mumba has already expressed an interest for 2018, as has Eurovision 2008 flop Dustin the Turkey.

And now another name can be added to the mix — ThisIsPopBaby.

The Irish edition of The Sunday Times reports that the award winning theatre and events production company is in talks with RTÉ about Eurovision in general.

We are talking to RTÉ about Eurovision in general, and it is our ambition that ThisIsPopBaby and RTÉ concoct some magic together to reignite Ireland’s stake in the finals.

However, less than a month after Brendan Murray’s not-so-surprising elimination in Kyiv, nothing is set in stone.

For now, we’re just chatting creatively and offering some opinions on how Ireland can shine again.

These pictures were taken three days apart, and may or may not be related. #ThisIsEurovisionBaby2018 pic.twitter.com/EXvHAcVmE5

According to Marty Whelan, RTÉ’s Eurovision team won’t stir again until later in the summer.

We’re having a meeting in a few weeks’ time about it. But the point is, we can have meetings till we’re blue in the face but all we can do is have a plan. It doesn’t mean it’s going to work… It just means, ‘here’s another idea.’ Brendan was good this year and the song was decent. But it didn’t get through. It’s four years in a row and we don’t need that again. We need to be in the final so we’re just going to see if we can come up with another formula.

Self professed “theatre makers, club creatives, good time gurls”, ThisIsPopBaby are behind some of Dublin’s most outlandish stage productions of recent times.

Their shows include Alice In Funderland — “a colourful tale of camp magic, mischief and machinations in an acid-trip Dublin” and the award winning Riot. The latter starred Ireland’s most famous drag queen Panti Bliss and Britain’s Got Talent 2017 semi-finalists Lords Of Strut.

Ireland at Eurovision 2017 — the fallout

In the aftermath of Eurovision 2017, Ireland’s leading media outlets were highly critical of RTÉ and, more specifically, the team that chose its song.

The Irish Mirror branded “Dying To Try” forgettable, questioning the musical savvy of the “somewhat shadowy sect” who make up the Irish delegation.

“Eurovision has become an annual competition we now soullessly slog along through, awaiting the inevitable. Failure.”

The Irish Independent also blamed RTÉ for Ireland’s “embarrassing run of Eurovision failures”. The paper hit out at the broadcaster’s selection method, and urged it to look north and seek inspiration from Sweden’s Melodifestivalen. While acknowledging that such a large-scale show wouldn’t work in the Irish market, the writer highlights the importance of record label involvement.

The Irish Times argued that “the mysterious cabal” who picked Ireland’s “plodding, tepid ballad”  must be held accountable. Much of the blame is attributed to the lack of fun — “there was no levity, no spark, he failed to soar and could only plough through an unnecessary key change in his balloon of doom.”

The “national disgrace” — as The Irish Times labelled it — even made it as far as the houses of parliament. Fianna Fáil, the biggest opposition party, called for a fundamental review of Ireland’s approach to the pan-European spectacular.

Ireland’s non-qualification streak: Politicians and media lash out at RTÉ as Samantha Mumba expresses interest for 2018

What do you think? Should RTÉ and ThisIsPopBaby join forces? Do they have what it takes to get Ireland back in the final? Let us know in the comments below. 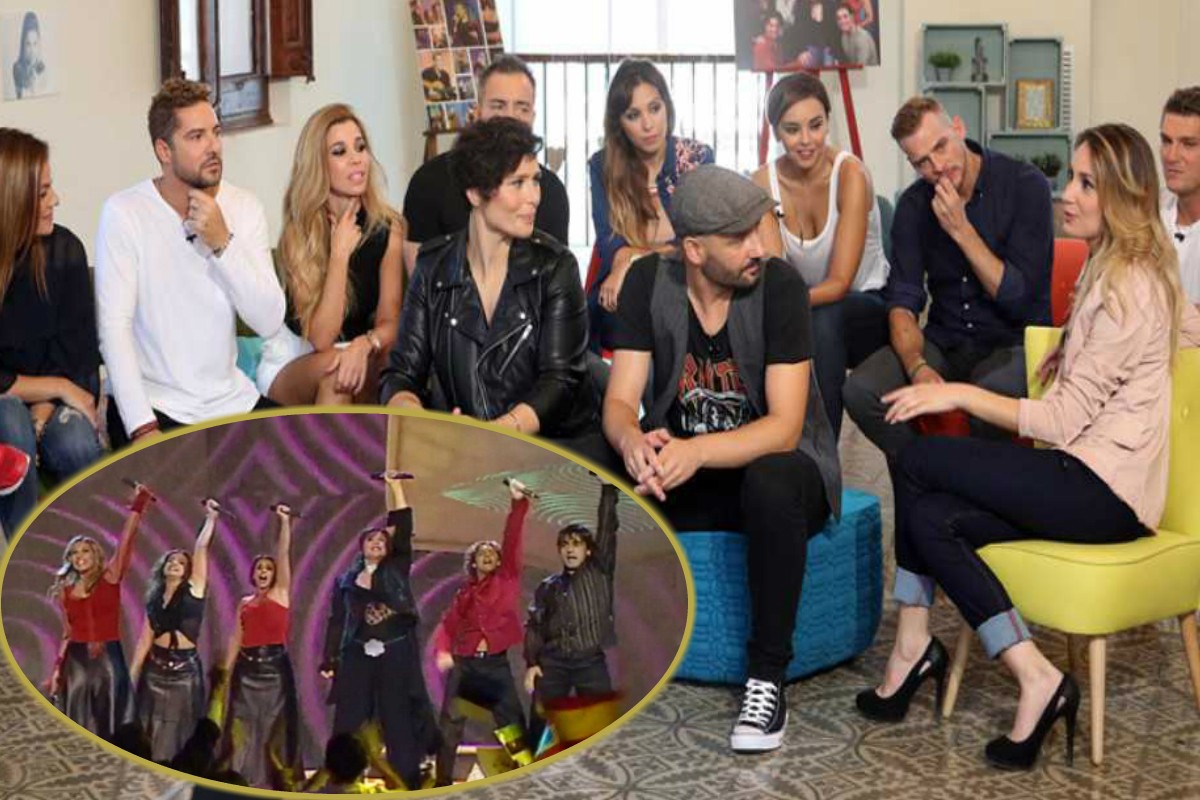 I’d be very sceptical if there is any truth to the story bar this outfit approaching RTE and offering their services.

I think it’s hilarious that the company leader is called Jennifer Jennings. 😀

I wonder how many on here people still know that song 🙂

Finally something interesting. Its project with artistic and different music taste. This is, what we are searching. We really dont want next solo female with pop. But pity, they are drag act. What about any rap duo with singer or any interesting rap-pop-rock group like Twenty One Pilots. Give us Europe your promising talents from every genres. Something wow and non-eurovisiony.

They are not a drag act!

Will they be performing in those thongs?

It should be noted that the people pictured in the article (Panti etc.) aren’t actually thisispopbaby. They are simply promotional photos for a recent production, RIOT. The performers pictured are simply the actors/performers for that particular show, and likely won’t have anything to do with any possible Eurovision performance.

The way I understand it is that thisispopbaby will simply produce the stage act, not actually be out front themselves.

Are they aware that Club La Persé, Dismissed and Slavko flopped in their selection/Eurovision ?

Yes, that is true. Also irrelevant.

Georgia failed to qualify this year with a big diva ballad. Does that mean we will never see any more of those? I don’t think so.

Basically just handing our Eurovision crown to Sweden these days.

I haven’t heard much from ThisIsPopBaby, but what I have seen…RIOT and Lords of Strut is ridiculously camp. Im not sure Ireland needs to go camp in order to get back into the final.Getting a ridiculously camp act is again, just an example of how RTE are so lazy when it comes to ESC. “Ah yes, Eurovision…send something camp!”
I think we can do better, but obviously RTE dont

Ireland is trying to die

As long as they don’t forget to start with the song. Novelty acts aren’t really what’s working anymore..

not bad this vid…
https://www.youtube.com/watch?v=5O5nlAyK3r8

Just kidnap Martin Jensen or Sebastian Ingrosso and force them to write a song for Ireland instead.

The Irish need to get their own version of Edoardo Grassi as their HoD. Just look at what he has done for France these last 2 years: as someone who is young himself (he’s only 30) he’s got a good ear for young talent and knows that they need something fresh and modern – it’s translated into 2 consecutive years on the left side of the scoreboard! Amir’s career has exploded in France, and Alma’s surely off to a good start herself.

Also, I think a reformatting of their selection process is needed. Sending ex-boyband members clearly hasn’t been working

Could they bring Ireland back to the final? Probably not. But yeah, this might be fun.

A thousand times no. Camp and drag queens? Keep that as far away as possible. I don’t know why Ireland can’t just make an open call for songs and select some talented unknown. Seems pretty easy and has proven to be successful for many other countries.

Um, why keep that as far away as possible? What have you got against it?

In any case, there is more (much more) to thisispopbaby than that, so their being involved doesn’t necessarily mean they will go down that road.

Because ESC is a song contest and should not be portrayed as a campy RuPaul’s Drag Race 2.0. The stereotype of ESC being a “gay contest” is becoming engrained in not only viewers’ minds, but also singers which will not only damage the contest’s reputation but convince viewers and artists that it’s niche and not worth paying attention to. The fact it’s broadcast on a LGBT channel in the United States shows this.

So this is what I’ve got against it. If they do get selected and manage to come with a reputable song and performance, then I’ll be impressed.

But Slavko didn’t qualify. And Dana was a much more serious entry.

If ThisIsPopBaby look like Club La Persé (UMK 2017) on the Lisbon stage–as some here are afraid of–they’ll be lucky to get a single point.

A little Slavko CAN hurt when you are Ireland. A country with a glorious Eurovision past, and a significant musical heritage that the world has witnessed.

The point is to break the unqualificiation streak right? Then how does bringing a ‘Slavko’ kind of act can do it if Slavko himself failed?

Most countries that do well in Eurovision are already working for the 2018 contest. There’s no time to waste, specially for whom is out of the Grand Final since 2013.

Call for songs and do a NS using both jury and public. I think you can start with something small, growing year after year. Put some variety in it, not only 90’s ballads.
You don’t need to copy Melfest or Sanremo to do well in Eurovision. You can create your own selection.
Quality + Variety = Qualification.

Look at Portugal just did. They are reformulating their national selection.

If any of you guys had actually seen a thisispopbaby show, then maybe you wouldn’t be so negative. They are actually extremely talented in more ways than one – writing, directing, performance – and have the awards to prove it. Don’t be put off by the drag and skimpy outfits – these people are serious artists. RTÉ and Ireland would be lucky to have them. Believe me. I saw RIOT in Dublin last year and it was an absolute joy – if they can bring even a hint of that feeling and emotion to the Eurovision stage, then maybe Ireland… Read more »

As an Irish person, I would like to apologise to Europe and Australia for the utter crap we are sending. We will never win or even qualify again at this rate. Would it really kill RTÉ to send a decent song. :/

I don’t give a damn if Ireland never qualify or withdraw and never return. RTE have run Eurovision into the ground. Dustin, Linda vs Billy, Father Ted, RTE even tried to prevent JEDWARD from going to Düsseldorf. Yet, Marty Whelan claims that there’s nothing wrong with our selection method. Proof that Ireland will not be qualifying for at least another 5-6 years.

It’s time for Ireland to withdraw from Eurovision and never return if this is as much effort as we are putting in.

Oh yes please this is as close to Club La Persé as we can get?

No joke — I instantly thought of Club La Persé as well!!

If they think that camp is the solution, then they probably missed Montenegro this year.

oh god, so camp and drag queen is the answer?

Why is it so freaking hard to follow Sweden’s steps or find talented Irish composers with modern songs?

Because we don’t really have any.

And I’m saying that as a 20 year old studio drummer who has not been given a big break because of the lack of talent.