If you traced the paths of Måns Zelmerlöw, Carola, Alcazar, Anna Oxa, David Bisbal and Nek, they’d cross at the OGAE Second Chance Contest. That’s because all six of those acts have previously won the fan event, which is now a rite of passage every summer.

Every year the Organisation Générale des Amateurs de l’Eurovision, or General Organisation of Eurovision Fans, has its national chapters nominate an act that didn’t quite survive national selection season and puts them head-to-head. This year 22 clubs have fielded songs

In some instances the clubs chose the runner-up from their 2017 national final, as with Kerli in Estonia and Zühlke in Finland. But other clubs have chosen acts that didn’t place second, including Sweden, who went with Mariette over Nano, and Italy, who went with Paola Turci over Fiorella Mannoia.

Ahead of the official reveal last this summer, wiwibloggs decided to go ahead an ask our readers who they want to see come out on top. After counting more than 9,000 votes the results are in and we have a winner. And she is Estonia’s Kerli.

Kerli, who has made a big name for herself outside of Estonia, entered Eesti Laul with the shaman-inspired song “Spirit Animal”.

A massive fan favourite, she ended up in second place at home — despite her string of international hits, some epic staging and plenty of eye-catching dancers.

Ahead of the Eesti Laul final she won a lot of fans with the Wiwi Jury, our in-house panel of music unprofessionals. Jason saw great potential for the Estonian star at Eurovision. He wrote:

I too was expecting a little something more, but there is no denying that Kerli and “Spirit Animal” would be a bankable decision on Estonia’s part. Catchy and slick with a seasoned professional, as an entry this would pack some punch. Yes, it is slightly repetitive but most successful Eurovision entries are built around a hook. And visually, this will undoubtedly be stunning.

Sweden, always a contender at Eurovision and the OGAE Second Chance Contest, finished second in our poll.

Ahead of the Melodifestivalen final wiwiblogger Robyn gave the song and performer major props, writing:

It’s a question that’s been troubling me for a while: what do you do with a pop drop at Eurovision? Sweden, of course, has the answer: dancers on bungee ropes. That combined with clever camera work ensures that the performance never feels empty. Mariette always has something to do. And what she does is deliver a lovely pop song that makes me wish she was my BFF.

Slovenia’s BQL, Ukraine’s Tayanna and Poland’s Carmell round out our readers’ Top 5.

Who should win the OGAE Second Chance Contest 2017? (Poll results)

That’s how our poll turned out. How do you want the actual poll to go? Do you think that Kerli or Mariette would have done better than either Koit Toome & Laura and Robin Bengtsson — the acts that beat them at home? Let us know in the comments box below. 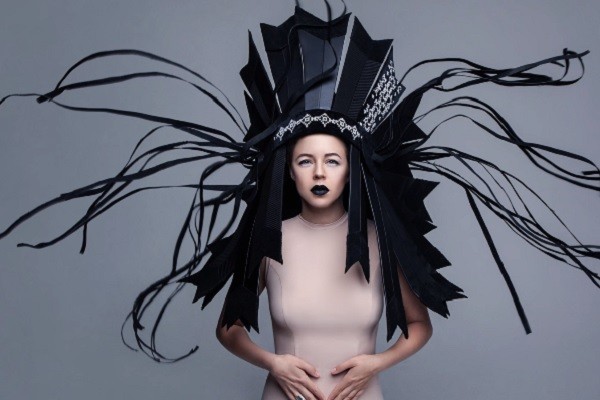 I think BQL should win. They were really robbed in Slovenian national final. Their song was a current vibes and it’s enjoyable. They are great singers and the song is catchier than Despacito. 🙂

I really liked Helppo elämä from Lauri Yrjöla. I wish it were included here, or at least the big fan favorite before the national final: Circle of Light

If not for the repetitiveness of the chorus (the same set of lyrics 4 times), Kerli might have had a better chance of winning Eesti Laul. Let us not forget, she lost in the TELEVOTE.

Once more, she should have hired Elnur Hüseynov’s stage director to put together a presentation to match the ferocity of her song, because if she had brought her Eesti Laul stage presentation to Kyiv, I’m afraid she too would have failed to make the Grand Final.

Can someone just clear me up on this: Why wasn’t Statements chosen to represent Sweden?

Because was eliminated early in Melodifestivalen, Sweden was not impressed, and many Europeans think the same. Nano was second.

I would have picked Nano for the OGAE poll. Something entirely different from what they usually pick for OGAE. Even if Loreen had made the MF final and lost (though I think she would have had the international jury squarely in her pocket), picking her for OGAE would have turned the whole thing upside down, for who knows what chance there might have been of her blowing away the competition? Now, as for her failing to reach the MF final, again, if they had used the rules of 2011, she would have gone straight to the final, Jon Henrik and… Read more »

Well, I am “cyclothymic” actually. Which is a “kind” person of bipolar. Some big mood shifts. But usually I am happy 🙂

But I don’t usually do what you wrote 🙂

Of all the entries in this year’s OGAE, Gabi’s was the one that got thrown under the bus in the worst way. She was the bookie’s favorite at A Dal, but what added insult to injury was that she was assigned to sing first in the final. At that point, it was obvious that she was getting the shaft. “Hosszú Idök” would have also finished in the top 10 in Kyiv, maybe top 5.

I have to agree…I love Origo, but Hosszú id?k was my favorite in A Dal. Gabi was robbed!

Iceland is my favourite. Very original and the staging is awesome. However, I’m sure a diva will win, probably Mariette or Kerli.

Given the fan love for it, I’m surprised that Hungary only came 9th- maybe in light of Joci’s success in Kyiv, people became less salty about his victory at A Dal.

So many songs are better than Mariette’s (still a fan of I Believe in You).

Give the victory to Spirit Animal! Estonians once again messing up their Grand Final opportunities.

You know Verona was 6th in televote… Spirit Rat wouldn’t even have qualified through televote, exactly like Latvia which had a similar song.

Given the fact that she has a successful singing career in the US and the fact she has a fan (not to mention how much of a fan favorite Spirit Animal was both inside and outside Estonia), should would have won both Televote and Jury in a landslide and would have qualified (remember that Verona got a low jury score.

*Given the fact that she has a successful singing career in the US and the fact she has a fan base (not to mention how much of a fan favorite Spirit Animal was both inside and outside Estonia), should would have won both Televote and Jury in a landslide and would have qualified (remember that Verona got a low jury score.

Duh!! Spirit Animal is no way like Latvia…..except for the fact that the lead singer of both seem high!!

Actually Kerli as a huge fandom in Europe, such as her uniqueness, which is also very liked by a lot of people, so she would have benn quite high in the televote.

I love “A million years” so much!!
But it’s not my winner. For me, there are other songs better than this.
Personally, I would go for BQL, Tayanna and LeKlein. I also love Janice from Malta.

I’m not a fan of “Spirit animal” but I can understand why it has so many fans all over Europe.

How the actual poll will go? I think it will be Kerli at the end.

Music is the key
Reply to  AngieP

Such a shame the awful generic schlager won over “Spirit Animal”: However, justice won in the end..:”Verona” failed from making the the final 🙂

@William Adams lee Adams when will wiwibloggs write an article about Melodifestivalen rumours (about possible participations)like you did every year?

I only hope Ukraine doesn’t win. Tayanna is just the typical shouty diva and her song is average at best.

Music is the key
Reply to  Héctor

I Love you was awful! I agree. Painful to listen to…the voice, and all those cliches. Even worse than Contigo

So when a woman wants my love, she better not SHOUT…..like Tatyanna did 😉

Greece should have been last here, that NF was awfull, This Is Love was the only good one.