After two Top 4 results in a row, Bulgaria has established itself as THE country to watch at Eurovision 2018. Now, with Bulgarian broadcaster BNT teasing us with more details about the on-going search for their 2018 act, hype is brewing about a major comeback.

Eurovision 2017 runner-up  Kristian Kostov has watched his star rise ever-higher since the contest. And #TeamKris — his incredibly loyal and devout fan base — have been dreaming of his return. And while the “Glubina” hitmaker previously stated that it wasn’t on the cards, a tweet from the official BNT Eurovision account suggests he may have had a change of heart.

We leave the doors wide open for any option in the future (very near or a bit more distant) 🙂 pic.twitter.com/UeM0CwkSW4

The broadcaster shared an image of Kris, writing that their doors “are wide open for any option in the future.”

They also added a quote from Kristian, which has already fuelled speculation that he could be planning a bid of his own.

“Initially when they asked me about a return to Eurovision, I was like, ‘enough is enough’,” he’s quoted as saying. “But with time passing by, I realise that it’s actually ‘never say never’.”

Even though it’s on-trend to stage a national selection for Eurovision 2018, Bulgaria is sticking with what has worked for it over the past two years and will once again choose its act internally. Last month BNT confirmed that they are not only looking for a song, but for an entire project — that means song plus staging concepts, draft budgets, ideas on p.r. strategy, LEDs and the number of people on stage. The broadcaster isn’t able to fund the project on its own, so it wants a label willing and able to fill in any shortfall.

The submission period was set to close on 20 December. But after receiving some proposals that still need a little polishing, BNT decided to extend the period until 29 December. By the morning of 21 December, the broadcaster had received 12 projects involving 8 different producers.

That's the state of affairs…for now. We expect some of these numbers to increase until 29.12 🙂 #Eurovision. pic.twitter.com/69KkxA7Xnx

But by the evening they had received what they describe as an “insane” proposal from a returnee, taking them up to a dozen.

“Do you remember our words that we won’t have returnees in our selection?” they wrote. “Well, forget about that! Project #12 is in the house and the whole thing is quite…insane (that’s the right world).”

This takes us back to their earlier tweet at the top, where they said their “doors are open for any option in the future”. It was puncuated with the phrase “very near or a bit more distant”. While clearly “very near” could refer to Kristian, it could also refer to Poli Genova, who has remained very close with the Eurovision community, even as she has pursued other projects, such as judging The Voice.

Do you remember our words that we won't have returnees in our selection? Well, forget about that! Project #12 is in the house and the whole thing is quite…insane (that's the right world) 🙂 #Eurovision

As for “a bit more distant”, this could be earlier Eurovision acts like Sofi Marinova — who almost made the final. But the fact that two international artists are involved suggests to us that their may be Eurovision returnees from other countries. As you’ll note, the rules allow for foreign acts so long as a Bulgarian artist is among the performers. This opens up the doors for cross-border duets and groups. Maybe it’s wishful thinking. But our heads are spinning at the possibility.

It’s also known that so far only songs fully in English have been sent to BNT. Only time will tell if songs in other languages will take part in the internal selection.

And that's our timeline. It's not that we are any good with these things but there is always a hope that this time everything will be according to the schedule 🙂 pic.twitter.com/1D31Quf2HX

Bulgaria has also given us some important dates. They want to pick the project, including the song and act for Lisbon, no later than 31 January. But we’ll have to wait until 12 March to find out who it will be. This means that Bulgaria will, once again, likely be one of the last countries to announce its act for Eurovision. In 2017, only Armenia revealed their song later than Bulgaria, who gave us their Beautiful Mess.

Is Bulgaria on its way to yet another Top 4 placing? Will we see Kristian on stage in Lisbon only one year after his last attempt? Or do you think Poli or another returnee has the edge? Let us know below. 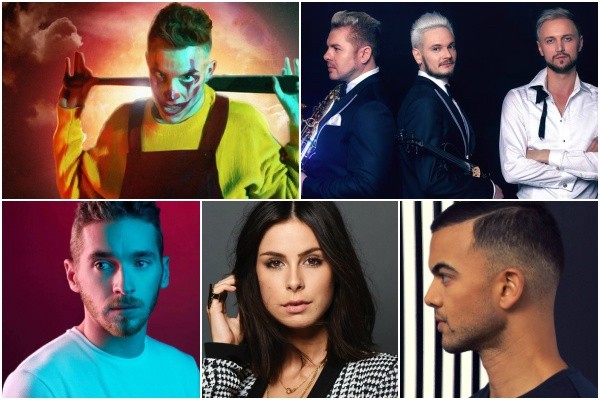 If he returns, it will hopefully be with something more honest and less calculated than “Beautiful Mess”. Sadly the package as a whole was very calculated with a prefabricated teen idol who didn’t convey any real emotions whatsoever. Neither did the song. Professional enough, but it was built totally on musical and lyrical clichés (e.g. the extremely over-used untouchable/invincible/unbreakable thing). It was empty throwaway pop commercialization at its worst, and I fear he will return with something like that and win with it. It represents everything I don’t like about capitalist pop culture, and about music made with the purpose… Read more »

Bulgaria know they have an (almost) winning formula and want to stick to it, basically.

I would be happy with Kristian returning. Looking forward to hear more about that “insane” project.

Definetely BULGARIA is the country to watch for…
I would love if Kristian could return…. he is one of the most talented artists ever on ESC… and can be easily the winner

Hope it’s not Kristian. He might be talented but competing two years in a row is a risk. Chances are he won’t do as good! And the song wasn’t even that good..
There are other artists that deserve to shine!

Do you remember our words that we won’t have returnees in our selection? Well, forget about that! Project #12 is in the house and the whole thing is quite…insane (that’s the right world) 🙂
The Project #12 is Loreen 🙂 (Not official but very likely) .

well from what i understand from the translation from twitter from bulgarian , 1 guy had guessed that the returnee is actually not a bulgarian singer but … Loreen! The official asked if he had inside info , but he only guessed 😀 Loreen singing for Bulgaria … that will be veeery interesting 😀

Wow, so much speculation about the Bulgarian act!
I’m a fan of Kristian. He’s great. I’d love to see him back in Eurovision. He could slay! Same with Poli. Still love her!

I’m so excited about Bulgaria! It’s one of my favourite countries the last 2 years. I so want them to win some time soon. They start to become a Eurovision powerhouse. It doesn’t matter for me if I have to wait until March to listen to the song. BUT, it has to be good.

I am fan of Kris but I don’t want to see him again in ESC. He does not need it.
If it is a returnee I hope for Sofi 🙂

please NO. just NO

I absolutely adore Bulgaria. They’ve gone from zero to absolute heroes!!! I love how seriously they are taking it now

I have the feeling it’s gonna be Sofi Marinova, which would be a great decision. She was so underrated in 2012, she deserved the final more than Toji did. Her song was unique, and she gave a wonderful performance. As much as I like Kristian, I think BNT should send someone else. He already got his 2nd place, and tbh I did not really like his comments that he deserved to win more than Salvador. And about Poli, she’s a great artist, but she would need another bop like ILWAC, which I highy doubt. In any case, Sofi would be… Read more »

congratulations Bulgaria — you discovered how to do well in eurovision — get Swedish producers!!

The Bulgarian pop sound is unique to the country and could be successfully exported–they don’t need no Swedes. Europe is over that.

Beautiful Mess was overrated in my eyes… I hope Kristian doesn’t return, I feel his fate would be the same as was Jeward.

Yeah, I agree, the song was very mediocre but his image attracted a lot of voters.

Uh, I have a friend who’s a BNT intern who told me there are two female candidates… I hope they don’t choose him again, he has no artistic personality.

He just said two names to me that were put in heavy consideration. Of course, with the submissions still open that might change.

I don’t think this has anything to do with Kristian. They tweeted that before they received Project #12, and I think they only tweeted it as like a way to increase interest in their selection. As for who the returnee could be, no idea. But as long as the best song is chosen regardless of who’s singing it I’ll be fine. Bulgaria has become one of my favorite countries in ESC since their return.

International? Valentina Monetta? 😉
Very organized process, differently from their neighbors to the north… I just finished listening to the 60 songs and I can tell you: they could have easily kept no more than 30.

Merry Christmas you all

Plot twist…what if he was talking about Russia?

Hey, if the song is better than Beautiful Mess, then feel free to come right on back!