In Kyiv, Jacques Houdek showed that it’s possible for one person to duet with himself. But now the Croatian star has made the surprising move of singing his Eurovision song “My Friend” as a traditional two-person duet.

Jacques duet partner (and friend) was the Croatian soprano Lana Kos. She’s an established opera singer and has performed in productions around Europe. Lana took on the Italian opera-style lines from the song, leaving Jacques his original R&B part in English.

In Kyiv, while Jacques is a trained opera singer, he admitted it was extremely challenging for him to switch between the two styles in the song. With Lana there to take the more difficult opera part, Jacques is able to focus on delivering the R&B part to the best of his ability.

The end result is a strong performance and shows the power of the song itself. It works as both a duet sung by one person or two.

Jacques and Lana’s performance was accompanied by the HRT Symphony Orchestra and the HRT Choir. It gave the performance a full, lavish sound — something that not even the Eurovision performance could manage.

Earlier this year, local media speculated that broadcaster HRT would return to using the national final Dora. This would have meant Croatia would be joining countries such as France, San Marino, Cyprus and the Czech Republic by returning to a national final for their selection.

However, HRT has still not confirmed how it will select its act for Lisbon.

Croatia used its national final Dora to select its acts from its Eurovision debut in 1993 to 2011. From 2012 onwards, Croatian acts have been internally selected by the broadcaster.

The change of tack has worked for HRT. Since Croatia’s comeback in 2016, they have qualified for the grand final in each year. In Kyiv, Jacques Houdek placed 13th, Croatia’s best Eurovision result in a decade.

What do you think of Jacques two-person duet? Should he have performed “My Friend” this way at Eurovision? And who should Croatia send to Lisbon? Share your thoughts below! 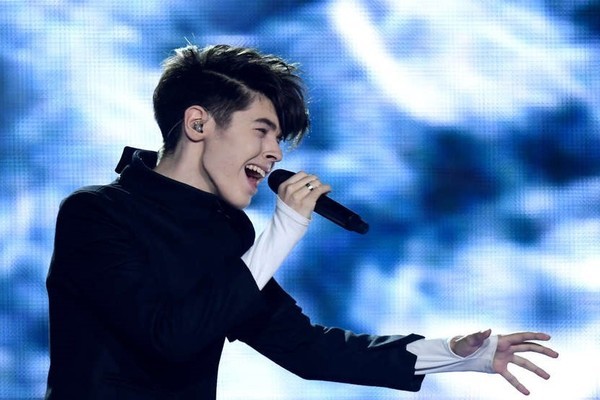 Can someone, please, verify whether Massimo will be representing Croatia in Lisbon? I’ve heard some rumours today, but cannot confirm anything in that regard, so I’d appreciate your input, if any. Many thanks!

Not a huge fan of this entry but this performance is amazing!

This is actually beautiful. I love it even more now.

If he wasnt so egoistic first time and went with this lady instead of doing all by himself, Croatia 2017 would done better!

His fake smile is unsettling. This is unattractive and bad, she’s good though.. She makes it bareable!

His success talks for its self. He is an amasing artist and person.

Merry Christmas you all

I think he does a good thing to share the stage. He shares his success. Great.