Get those dancing shoes on, y’all! Malta Eurovision Song Contest is a little over a week away, and our Wiwi Jury is working hard to review all of the 16 entries.

This time, our team of music un-professionals review Deborah C, with “Turn it Up”. Deborah has been part of every Malta Eurovision final from 2012 onwards. Will she finally make it to Eurovision on this attempt?

“Turn It Up” Reviews:

Robyn: We can take it as read that this year every national final is going to have a “Despacito”-inspired track, but it’s special when the Maltese version is delivered by MESC perennial Deborah C. “Turn It Up” has plenty of Latino flavour, but it’s is less like Luis Fonsi’s monster hit and more like an old J Lo track. But I am here for Deborah C and the life she gives to MESC.

William: Deborah C understands limits. Rather than jumping whole-heartedly onto the Latin music bandwagon, she gently nods to the trend with this fierce dance number, which wouldn’t be out of place on a J.Lo album. Full of energy and rhythm, the verses ooze heat leading to a chorus that properly explodes before getting stuck in your head Ethnic, empowered, sultry — this isn’t just turning it up — it’s turning it out! Gloria Estefan, eat your heart out…

Angus: “Turn It Up” has taken the well established Eurovision ethnic dancepop format and tried to freshen things up with added contemporary Latin flair. Unfortunately the title proves misleading, as over three minutes you become frustrated, waiting for Deborah to turn things up a notch and kick into high gear. It gives a sense of nostalgia, not a winning Maltese Eurovision entry.

Antranig: Deborah C is a Maltese icon. This song feels like it was released 20 years too late but that’s what Deborah C does best and she makes it work. There’s lots of drawbacks here — the fact that it’s dated and doesn’t sound like the most original entry come to mind. However, putting that aside, this is three minutes of absolute fun and Deborah C achieves exactly what this song sets out to do.

Natalie: A party song with trumpets! Yes! It’s easy to imagine Deborah C slaying this on the stage too. It’s just pure energy and happiness. The only downside is that with all the danciness, it’s really easy to get tired before you know it. Even all the handclaps make this one a bit exhausting after two minutes.

Sebastian: Sure enough, “Turn It Up” has turned in that Latin flavour for Malta. Despite some credible songwriters attached, “Turn It Up” is an inoffensive and standard by-the-numbers Latin track that you’d find on a Zumba album compilation. Although Deborah C’s vocals deliver some energy-inducing hip-shaking, the song’s strength will lie in how she creates that Latino flair on stage.

Deborah might be turning it up, but it’s not quite enough with our jury. What do you think though? Let us know all your thoughts in the comments section! 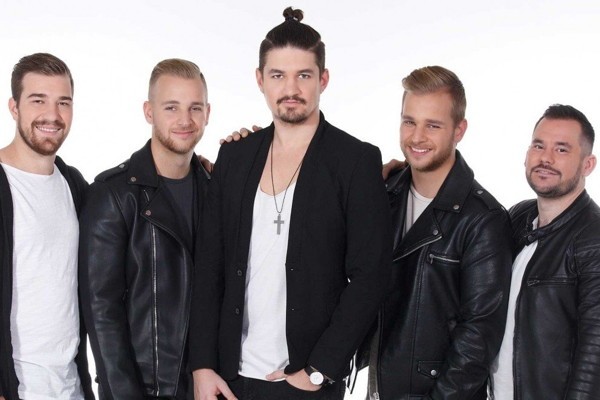 Peet Project: Our A Dal song “Runaround” is about facing your problems and scaling walls

Ok, this one and Brooke are my 2 favourite songs in the maltese NF. It’s up-beat, joyfull, full of energy and with great potential. However, I do think it gets repetitive at some point and you don’t remember it.
7/10

This is such an improvement, such a glow-up! Bravo!

From bland offerings to very cheap ones, Deborah C was one to just offer cheap fun and forget, but now she really upped her game! The fun she brings this time is not cringeworthy or immediately cheap. It doesn’t reinvent or do something new, but it does good at what it does. Shake it shake it. The bridge is amazing, and it is a blast to listen to.

This is less despacito and more J LO 2001, bring the fun! And gotta love the lyrics, they sound like when I make up a cheesy song in my head “gonna shake like that gonna do it tonight gonna dance like ‘hey’ til the morning light” 🙂

I don’t remember anything about this song I listened to three times a couple of weeks ago, which says a lot about its chances.

Its a fun song and she can sing. The lyrics are generic but sensible! She though needs to turn it up if she gotta win. The score by Wiwijury is a bit too low though.
A 6.5/10.

William knows Gloria Estefan! Yaaas! 🙂 Anyhow, onto the song. For some reason, I want to sing Shakira’s “Hips Don’t Lie” when I hear the backing track to this song. (Just me?) I love the melody in the verses – great use of the descending A minor scale there. Unfortunately the Choruses rely too much on repetition rather than actually “turning up” the music, so this left me disappointed. Later in the song there’s a secondary Bridge which peaks my attention, and then builds into a Reprise as Deborah briefly sings a new melody raised by a third. Great, except… Read more »

Compared to any other national final songs this is one of the better ones. Nice voice with a catchy melody. I like it! 6.5/10

For a bloated national final with an abundance of melfest-rejects, this actually sticks out quite well. It’s not boring and there are parts that are actually enjoyable.

Let’s not act as if any of the Maltese songs have big chances to make it to the final… This is one of the better Songs, but it’s ,again, not that good. 5.57/10

It’s a generic fun, and what I like about it is that it’s not pretentious like so many others. It’s a silly little song, knows what it is and goes along it’s merry way. By no means a great song, it can still be a nice ”guilty pleasure” if Deborah C manages to perform it right.