Ahead of the first semi-final of Melodifestivalen 2018, the seven acts performed at tonight’s dress rehearsal. With a live audience in the arena in Karlstad, it’s the first time that a wider public reaction is available. As always, Swedish fanclub Melodifestivalklubben ran their usual audience exit poll.

The fan club polls the audience as they’re leaving the arena, to see who could be in line to do well tomorrow night. Tonight’s audience voted John Lundvik as their favourite, with his track “My Turn”.

John finishes with 164 votes from the audience, just ahead of Benjamin Ingrosso in second place. Benjamin received 159 votes in total for “Dance You Off”.

One thing to note, however, is that John got to perform twice tonight, as he was selected (at random) as a “winner” to reprise his entry. That could have potentially swayed some audience members, who were asked after this second performance.

That’s the same situation for the act who finished in third place: Sigrid Bernson, with “Patrick Swayze”. The former Let’s Dance pro was just behind the two men, with 153 votes.

Fourth place in the audience poll goes to Edward Blom with his truly bizarre staging for “Livet på en pinne”. His brand of Swedish humour clearly went down well with the audience, with 91 people selecting him as their favourite.

Unfortunately, last place in the poll went to Norwegian singer, Kamferdrops. Although there’s multiple Kamferdrops’ on stage, it seems that bigger does not necessarily mean better. She only received 22 votes from the audience; could she be in danger tomorrow night?

Of course, with such a small sample size, there’s no way of telling if this audience poll will play out correctly. It’s worth nothing, however, that last year’s first semi-final poll got all four qualifiers correct – just not quite in the right order. 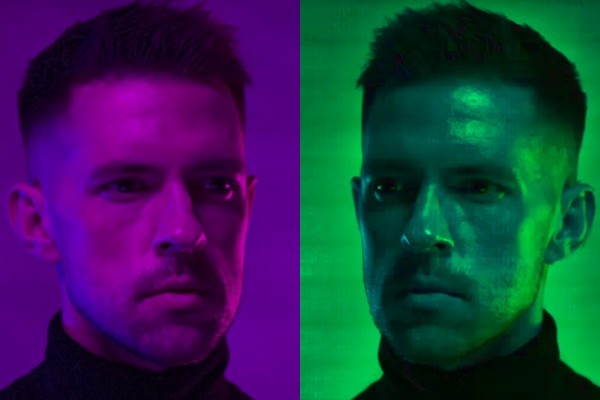 It seems VERY clear which acts the audience liked. Considering how accurate the audience voting is most years, I think the top 3 are clearly defined.

There’s a good chanche John can also qualify which means Renaida won’t go through in that case.(Jonh’s ballad between 2 upbeat songs shouldn’t hurt him unless Swedish people are automatically not voting for the 2nd song)

Guys, I think that link in the article doesn’t work how it should… It goes to the Kampferdrops interwiew, but it should go to the article of last year’s SF1 audience poll result, shouldn’t it ?

That K stage though and what’s the purpose of it…

I wasn’t sure about Ingrosso song but staging seems to pay it off. After OMT has been expecting that direction soundwise.

Benjamin’s song is TRASH! John all the way.

And Benny’s is a cover of Attention by Charlie Puth, only with worse vocals.

Calm down! Like everything with MF the audience poll is just a fun thing. No one takes it entirely seriously. What will matter for the actual result is the performance of the night. TV viewers don’t see the same thing as an audience. As for Edward Blom why not? Yes it might be a terrible song but don’t count it out! In the first semi-final we tend to vote for the novelty acts, for the crazy fun entries. First and second semis are all about voting with our hearts, third and fourth is where the strategy voting starts. Doubt he… Read more »

More poof that all these wiwi blog polls and comments are always irrelevant. Congrats JOHN!!

Well, judging by the snippets, John does have the best song, so it’s a good thing that people respond to it.

So in fact my favourite won the MelFest Rehearsal exit poll, but not the Wiwi poll. Still a good day though.
My apologies to Chris for being a bit blind. It’s the end of the week and I have literally been on 12-hour plus days for the media!

No one singing in second place in the running order has gone DTF since the introduction of the app. (The app seems to have amplified the already huge importance of running order in MF.)
I hope this will break the trend! Lundvik is such an inspirational person.

Yeeeeessss! John and Benjamin are my favourites 2! Glad to see Swedish also appreciate songs without an elaborate staging.

HUUUUUH CHRIS WHERE DID YOU GET THAT RESULTS HAHAHA, POLL IS STILL OPEN, AND 1ST IS BENJAMIN, FOLLOWED BY RENAIDA

This is the live audience exit poll from the dress rehearsals.

Wait. My favourite won a Wiwi poll?!
This never happens. Except today. For some reason.

I knew something must be wrong. Too good to be true, indeed.

Please ignore this thread. I have been a bit blind today.

This article is not on the Wiki poll….it’s on the afforementioned melodifestivalenklubben exit poll

Ok. This is getting exciting XD
Swedes showing once again they will reward a song and artist over stagings and flashy 🙂 (like with Frans and Nano).
Hopefully international juries will not ruin it this time

OK this is a strange top indeed. It’s very different from mine:
1. Benjamin
2. Kamferdrops(last hear how?!)
3. Sigrid(we at least agree on her)
4. Renaida
5. Kikki
6. John(how on Earth did he get number 1, it’s as good as Omar’s On My Way)
7. Edward( please Sweden don’t send this through)