Romania‘s national selection is in full swing. Earlier this week, we asked you who you thought should qualify from tonight’s Semi-Final 3 of Selectia Nationala 2018. The results of our poll are in and we have two winners: Xandra and Elena Hasna. But who is your third winner? Let’s find out!

Tonight we will be travelling to Craiova, where the third semi-final will take place on the stage of the National Theatre. On Tuesday, we opened a poll and we asked you who among the twelve candidates is most worthy of advancing to the grand final on 25 February.

Over 700 readers answered the call and chose Xandra as their favourite and Elena Hasna as a close second. In a distant third place, we find Moldovan singer Carolina Gorun. Let’s break it down!

After getting 280 votes, Xandra is the winner of our poll with 39% of the ballot. “Try” is Xandra’s third song submission to Selectia Nationala in as many years. After finishing in a respectable fifth place last year with “Walk On By”, the 22-year old singer hopes that third time’s a charm. Given her vocal abilities and the qualities of her ballad written by Will Taylor, Michael James Down and Jonas Gladnikoff, our readers have no doubt that Xandra will make the National Final this year as well.

Just 21 votes behind Xandra, 16-year old Elena Hasna is your second favourite to win tonight’s semi-final of Selectia Nationala. Unlike Xandra, this is Elena’s first attempt to represent her country at Eurovision, and it’s a very worthy effort, backed by 36% of our readers. Her ballad “Revival”, written by Swedish sisters Ylva and Linda Persson, is also very likely to wow the judges and make the National Final on 25 February.

3. Carolina Gorun – “Reach Out For The Stars”

With just 30 votes, Moldovan singer Carolina Gorun is our reader’s third choice for Romania’s National Final from Semi-Final 3. “Reach Out For The Stars” marks Carolina’s first attempt to represent her neighbouring country at Eurovision, after unsuccessfully trying to win O melodie pentru Europa for several years. But with just 4.19% of the vote in her semi-final, we would be very surprised if she is successful on her first try.

Despite seeming like one of the weaker heats of Selectia Nationala, TVR promises that Semi-Final 3 will be a show to remember. The stage of the National Theatre in Craiova will boast 150 square meters of LED screens and 200 light projectors, more than any semi-final so far.

Former Selectia Nationala hopeful Florin Ristei and last year’s host Dan Helciug will be the guest performers, and we’re hearing that one of them will perform Alexander Rybak’s 2009 winning song “Fairytale”.

The show will start at 20:00 CET tonight and will be broadcast live on TVR 1, TVR International, TVR Moldova and online on TVR Plus. It will also be broadcast on the official YouTube channel of broadcaster TVR.

At the end of the evening, the jury made up of Ilinca Bacila, Viorel Gravrila, Marian Ionescu, Liliana Stefan and Nicu Patoi will choose third acts to advance to the National Final on 25 February. This year, TVR is staging five semi-finals in five different cities, and three acts will advance to the grand final from each of them. At the grand final in the capital Bucharest, the winner will be crowned solely by the public, via televote.

Tonight’s line up is:

Do you agree with the results of our poll? Will you be watching tonight’s heat of Selectia Nationala? Let us know in the comments! 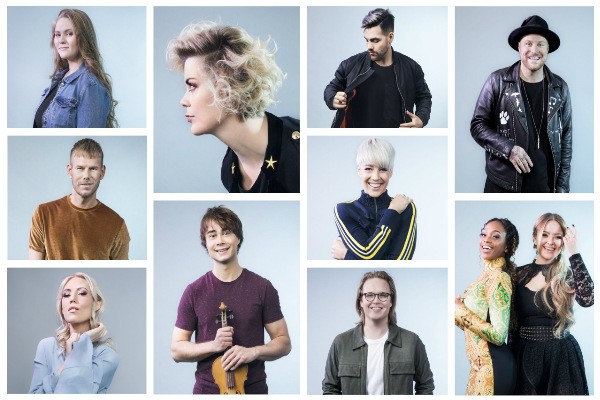 Toughest semi-final so far, after the live show my predictions for the qualifiers is:
Xandra
Aurel Dinca
Tavi Clonda/Elena Hasna

Xandra, certain qualifier, probably Elena Hasna will get through too, even though if she’s bad vocally I wouldn’t be surprised to see her out. I expect the Italians to be fabulous and I can see them in the final, also Ovidiu Anton’s song ‘The Story Goes On’ has its chance.

I like Carolina song its intersting, Xandra its my winner too but Feli need win

This is such a weak semi!! Had the number 4 finishers from last two semi been in this one they would have probably gone through!
One useless rock song will also make it right?