Broadcaster TVR is getting ready to stage the fourth semi-final of Romania’s Selectia Nationala 2018 90 meters underground in a salt mine in Turda this Sunday. And as preparations take place, the 2009 Eurovision representative Elena has been announced as the interval act, while front-running semi-finalist Feli has decided to participate after all, despite mourning her father.

On Sunday, starting 20:00 CET, 12 acts will compete for three spots in Romania‘s Selectia Nationala grand final. In a world first, Semi-Final 4 will take place 90 meters underground in Rudolf salt mine in Turda, Transylvania. According to broadcaster TVR, it will be a unique setting, 40 meters high, 50 meters wide and 80 meters long. Over 20 tons of technical equipment was lowered underground, along with 13 kilometers of cables, ahead of Saturday’s first rehearsals.

The show will be opened by pop opera group Ad Libitum Voices together with teenage sensation Katia Carbune, and given the acoustics of the room, it promises to be amazing.

Feli decided not to withdraw

According to our sources close to the singer, Feli, despite being expected to withdraw after her father passed away, has decided to go ahead with her bid for Eurovision and compete on Sunday. Moreover, the singer will perform “Buna de iubit” in Romanian, after she surprised everyone at the live auditions with the Spanish version. Currently leading our Semi-Final 4 poll, Feli is unquestionably the most anticipated act of this heat, if not the entire Romanian national selection. The Voice of Romania breakout star aims to break out on the Eurovision stage as well.

And, as you can see from our William and Deban’s reaction video below, they are ready for Feli to slay the pack!

The 12 acts that will be competing on Sunday are:

Elena will be the interval act

Another pleasant surprise is the interval act of Semi-Final 4: the first Eurovision’s Next Top Model winner Elena Gheorghe, who showed the world that “The Balkan Girls” can party like no other in Moscow back in 2009. Apart from her Eurovision song, Elena will also perform her other hits, like “Pana dimineata”, “Disco Romancing”, “Te ador”, and “Midnight Sun”. All in all, a much better choice than the more or less questionable rock acts that we’ve been getting in the other semi-finals!

At the end of the show, the jury, made up of Marian Ionescu, Ilinca Bacila, Nicu Patoi, Liliana Stefan, and Viorel Gavrila, will deliver the marks for the 12 contestants, sending the top 3 to the National Final.

In 2018, which marks 100 years of Romania’s existence as a unified state, TVR is staging five semi-finals in five different cities under the slogan “Eurovision Unites Romania”. On 25 February, at the grand final in the capital Bucharest, the winner will be crowned solely by the public, via televote.

Are you going to watch Romania’s fourth semi-final on Sunday? And are you excited that Feli has decided to participate after all? Let us know in the comments! 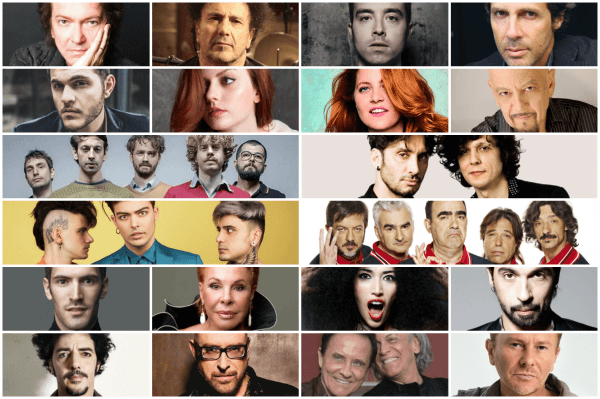 I AM SO HAPPY THAT FELI DECIDED TO COMPETE! HOPE THAT SHE WILL WIN THE NATIONAL SELECTION!

FELI needs to go to Eurovision!Your father is in heaven proud and looking out for you.I really hope she pulls through with all her strength, dedicates this performance to her dad and KICKS ASS I Be Strong Queen

The video was great. I like and agree with Deban most of the times, but in this case I feel like is 2017 again. Deban is still a supporter of MIHAI, just like last year, and William is by Feli’s side, like last year was team-yodel.
Well, ‘Yodel It’ was 7th, so this is a good result.
And I agree with William about Spain. I like that for him Spain is no.1 so far.
I hope Feli will join Eurovision.

I think that she has earned the respect of her country and mine either!Good luck, girl! You are f*ckin’ slaying the game!

I’m not a fan of her song, but I’m glad she’s decided to participate after all. I’m sure her father would also want her to make the same decision. Good luck. 🙂

Good for her. I hope she’s taking care of herself through all this and I hope she makes it far. She’s gonna make her father very proud no matter what happens.