She’s good for loving! Fan favourite Feli, who is now one of the 15 finalists of Romania‘s Selectia Nationala 2018, has released the video for her entry “Buna de iubit”. The song is about empowering women and is complimented by the visual treatment, which channels girl power.

The video, which was filmed on location in Peníscola, Spain, sees women leaving their laundry and troubles aside, just like the lyrics suggest, in order to celebrate their beauty, uniqueness, and worth. The picturesque setting is the lovely, summery backdrop for a group of beautiful ladies gathering together to enjoy their independence and dance in the cobblestone streets, away from their stereotypical chores.

Video director Iura Luncasu said that the location was his first choice. Peníscola, made famous by the HBO show “Game Of Thrones”, became the ideal place for a timeless space, where women could escape their condition and simply enjoy womanhood. The message of the video thus pays tribute to the lyrics, written by Feli. As she has explained:

“For me, music is above all very important because of the message it carries, and Buna de iubit has a message that we, women, need to hear. When we love someone, we forget to love ourselves. We give all our love to the others. I wrote the song as a reminder that we need to think about ourselves as well and to love ourselves a bit more.”

In a year marked by an unprecedented female awakening and the #MeToo movement, Feli’s song and video come as a happy reminder that girls rule the world, but that they also need to enjoy the love that they are capable of. The empowering message and the upbeat, fresh melody, combined with Feli’s powerhouse vocals, make her a top contender for the title of Romania ambassador to Lisbon in May.

Our William and Deban also agree that Feli would be an excellent choice for Romania in 2018. While Deban sang the praises of Feli’s voice, William is a huge fan of the song. Watch their reaction to “Buna de iubit” below:

We’re getting word that an English version of the song has also been recorded. Should “Buna de iubit” win Selectia Nationala 2018, we might see Feli singing that version in Lisbon.

Until then, however, Feli will face off with other 14 acts in Romania’s National Final in Bucharest on 25 February, when the viewing public will choose the winner via televoting.

What do you think about the video? And is Feli worthy of the ticket to Lisbon? Let us know in the comments! 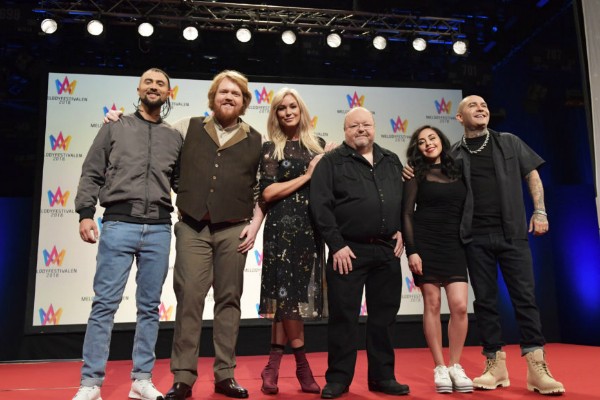 Melodifestivalen 2018: Who should win Semi-Final 3 in Malmö?

I hope they won’t Anglicize the song for Eurovision. 🙁

It’s so weird. I didn’t like this song before. But now that I listened to it I actually like it, literally dancing to it right now. lol

Great song I hope she wins