With the rush of the national final season, it’s been easy to lose track of music outside of the “Class of 2018”. But with the songs now all selected for 2018, it’s the perfect time to look back at what some of the biggest success stories from the past have been up to.

There’s been a whole host of new music over the last few weeks, so we’re taking a look at three of the latest tracks from former Eurovision winners.

“You Are My Love” comes from the official soundtrack of the recently released Ukrainian animated film, “Stolen Princess: Ruslan and Ludmila”. Much like other songs of the same origin, the music video mainly features clips of Jamala performing, interspersed with film footage.

On her Facebook, Jamala calls the song “sunny and positive” — and we definitely agree. It’s never going to be a “classic” in Jamala’s catalogue. But it’s cheerful and as per usual, Jamala sounds great on the track. We could do without that cheesy guitar solo, though…

There’s no doubt about Marija Serifovic’s post-Eurovision success. Her latest single, “Nije ljubav to”, has achieved over 2.2 million views in less than 10 days on YouTube. Yet it’s the cost of that success which plays an integral role to “Nije ljubav to”.

The video shows Marija missing out on spending time with family and friends. Paparazzi hound her wherever she goes, much to her obvious distress. Even at the end, when she’s surprised backstage by those she’s missed, she’s forced to leave them to go on stage.

It’s an emotional piece, right back in Marija’s best work. You can feel the emotion coming throughout the song, and thought it lacks a proper knockout moment, it’s still a winner.

The Fizz’s recent comeback continues on, as the majority members of the 1981 winning group release another single from their album “The F-Z Of Pop”. And much like the rest of their recent material, it’s definitely going for a more retro audience.

“Up for the Fight” dates itself right into the mid-80s, much to its detriment. Other reformed bands (for example, Steps) have at least attempted to reach a crossover point in their recent material.

For The Fizz though, it’s a case of recycle and repeat. But when the music video shows them in front of an adoring audience, maybe that’s all they need.

What do you think of these recent releases? Which is your favourite? Let us know all your thoughts in the comments section below. POLL: Who should win the second semi-final of Eurovision 2018? 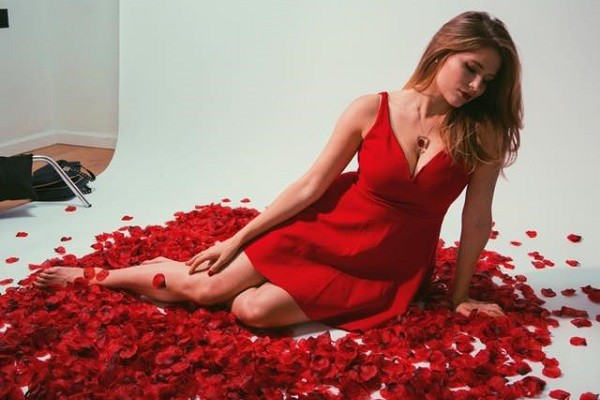 I love all three songs…so nice:))

The Fizz song is better then Uk song in Eurovision 2018.

The Fizz and Marija still got it!

Jamala– on the other hand– nevermind…

their latest cd: The F-Z of pop, is a very refreshing experience. 8 new songs and a few oldies remixed all over again, but I disagree with your saying ” it’s a case of recycle and repeat”. Listen to the whole album, if you havent done so yet!! The Fizz 4EVER!! xx

Hya Chris!! Much thanks for paying attention for the latest track of the Fizz. Last year they came out with a whole new cd and there’s another one in the pipeline hopefully with only new material for this year. They have been and are working with Mike Stock ( yah, that one) , for the newest material.

Vote for your favourites -> https://scorewiz.eu/poll