Eleven years ago she brought Serbia their only Eurovision victory so far and became one of the biggest pop stars in the country. And last week Marija Serifovic, upon premiering her new song on the talk show Vece sa Ivanom Ivanovicem, reflected on that life-changing experience.

Serifovic was a guest on Vece sa Ivanom Ivanovicem (An Evening with Ivan Ivanovic) last Friday. She performed her new single “Nije ljubav to” (Love Is Not That) live for the first time.

The singer thanked composer Sasa Nikolic and songwriter Milan Miletic for writing this touching ballad for her, but didn’t want to elaborate on it too much.

“I do not like to talk about my songs, really,” she said, “I let the audience be the judge of that.”

“Nije ljubav to” is the latest in Serifovic’s impressive streak of hits. It continues the trend that sparked almost immediately with the release of her debut album Naj, najbolja back in 2003.

As Ivanovic noted: “Your journey came in such a fashion that you immediately became a huge star. But it seems to me that a lot of things had to happen for you to learn how to be a huge star.”

“It is true. A lot of things had to happen, to change, to be learned, to get over, to be ‘digested’,” the singer said. “But I do not see myself as a big star. I think that there is absolutely no difference between me and these people that sit in the audience, except that I maybe sing better than they do.”

Speaking of her incredible vocal skills, Serifovic said: “I know that what I am going to say will sound so bad and that people will say, ‘Here is Marija talking rubbish, being snobby again”, but I have to admit that I have never, ever done any vocal exercises, not for one minute.”

She acknowledged, though, that her singing has improved in another, non-technical way.

“I think I have reached that age that everything I have, everything I know I can process and deliver in one limitlessly and incredibly clear emotion. […] I believe that that is the key to everything. Before I used to be like a wild child that wandered around and loved to sing. But now it all makes more sense.”

Success came early for Serifovic, but it was “Molitva” and her triumph in Helsinki that turned her into one of the biggest pop stars in Serbia and the region. Every single and album she has recorded since then have been hits. As a result, she is set to give the biggest concert of her career this spring.

“What I want to share here with you, with the audience and with the people that love what I do is something I was being told I had to do for a long, long time and that is — the 24th of May, Belgrade Arena! And the 23rd of June, Kosevo, in Sarajevo,” she announced on Vece sa Ivanom Ivanovicem.

Belgrade Arena is the venue where the Eurovision Song Contest 2008 was held and that can receive more than 20,000 fans. A concert in one of the biggest arenas in the Balkans will be a perfect way for Serifovic to commemorate the fifteen-year anniversary of her debut.

With that milestone approaching, Serifovic used her appearance on Vece sa Ivanom Ivanovicem to reflect on her career, her personality, Eurovision and this year’s Beovizija, Serbia’s national selection for the 2018 contest.

“But in general, it is a myth that I am trashy, rude, hysterical. No, I am a fabulous person, but it is the approach that matters,” she concluded with a smile.

She turned on her sharp tongue again when she talked about current trends in pop music, especially in Serbia. “It is hard. Especially these times that we live in, my colleagues and I, and the music around us is one big disaster, big s**t. Pardon my language, but there is not a better word.”

When the host noted that her song “11” is the “first Serbian song that his daughter had ever liked”, Serifovic shortly replied, “Exactly. How do you explain that?”

She also spoke about numerous anecdotes that happened during her career, including a fight that occurred during one of her concerts and her potential audition for The Voice US.

At one of her concerts, Serifovic noticed from the stage that a guy had hit his female companion and immediately stopped playing. “I believe that such things are not normal. When something like that happens, the concert stops that very moment and the security takes that person out. Then we can continue.”

Speaking of The Voice US, the singer admitted she had considered that, “I had an idea to go and audition for it. It sounded interesting to me. But I gave up because, I have to admit, I did not feel like standing in that line for such a long time.”

“But I was completely ready to audition. Why not? So what, I am, like, a big star so it is shame to do so? I talked to some of my colleagues and they said they would be ashamed to do that. Why would you feel ashamed? You are a star in such a tiny country and therefore you do not want to audition for The Voice in the United States? That is crazy.”

“If I work on my shape, I might go and stand in that line sometime in the future.”

One of the most interesting parts of the interview was when Serifovic — so far the only Serbian artist that has won Eurovision — talked about the festival that gave her so much, and of Beovizija 2018.

“Whoever goes to Eurovision to represent us, I support them. Do we have a chance or not? I do not know. Eurovision has completely changed its concept, the rules of voting, so many things have got involved there. Eurovision is definitely not what it used to be ten years ago.”

“In my opinon, Eurovision is a contest where only the public vote should exist. What the audience likes and what they vote for the most, that should win,” she said.

Serifovic had already expressed her displeasure with Beovizija 2018, and stuck to her opinion this time as well. “Beovizija looked a bit scary, a bit funny, a bit bizarre to me. I really believe that in this country we have fifteen decent singers that should compete there and fifteen decent authors that can write fifteen decent songs for those artists.”

“Sanja Ilic and Balkanika definitely were the best that night. The only act that really made sense there. […] The only question here is what kind of selection those songs had passed through. What was the criteria?”

“All in all, I think we can do so much better than that,” she concluded.

Still, she was ready to show her support for Beovizija being held again in spite of everything and perform there, but had to decline due to her schedule.

“I was invited by RTS to perform at Beovizija and commemorate ten years since Eurovision was held in Belgrade and to do that accompanied by their symphonic orchestra. But I could not because I was on a tour in the United States.”

What do you think? Is Serifovic right about Eurovision and Beovizija? Would you like to go to her big concert in Belgrade? Tell us in the comment section below! 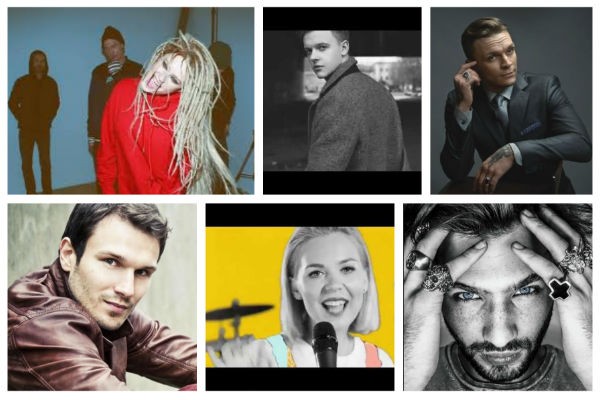 I love this country, I love her, she is one of my favourite winners tha last 15 years!
I mostly agree with her opinion. Serbia can do much more than that. They have the talents.
Many things have changed since 2007, I too believe only the public vote should matter. However, juries keep some balance.

Interesting that she thinks Eurovision should be 100% televote. She is very fortunate to have won in the televote-only era, considering what came second that year . . .

Of course she doesn’t like standing in line, it is better to be member of jury in ”Zvezde Granda” 😛

The way this article is written kinda makes it seem that the author doesn’t like Marija… Not that I can blame them after reading those quotes from her, which seem a bit rude and conceited. Also she said at one point that she would never call herself a star in Serbia and then later calls herself a big star in her country ????

I am sorry if it seems like that, because that was not my intention. 🙁 I am not a massive fan of Marija’s music, but I do admire her personality. She does not pretend for the cameras, she stays true to herself. I quite enjoyed watching this interview, but I guess that it can seem differently when you are just reading the words without seeing the face of the person that’s talking. 🙂 Speaking of her being a star, I think that what Marija wanted to say that, although she is one of the biggest pop stars in Serbia, no… Read more »

She wanted to go to The Voice in US? ESC winner in (any country) The Voice is really embarrassing. Are those talent shows so tempting? And how many foreigners really win in those shows?
She is afraid that another Serbian will win ESC. She is around just for her own image, not to support Serbian act. She ignored Bojana in Austria, she doesn’t like Sanja Vucic, afraid af that somebody else will take her crown.

As far as I know, one has to be a US resident to take part in The Voice US.

Thank you for this article. This is why I come here. To read about stuff that interests me, which would not reach reach me otherwise. “Molitva” remains my favorite winning song to this day and actually the very last winner that I personally like. It was all about the power of the song and her voice, one of the very rare instances where the visuals did not matter at all to me. It was just good music. Period. I don’t follow Marija but I listened to “Nije ljubav to” and it’s good, playing to her strengths. I agree with her… Read more »

You are very welcome. Thank you for those kind words. 🙂