Last week Latvian broadcaster LTV released the 33 songs that made the first cut in Supernova 2019. It was certainly a diverse group, with some old favourites mixed in with an eclectic group of newcomers.

The public has been able to have their say now through the online People’s Vote. Combining the public opinion with that of the jury, LTV have now announced the 16 songs that qualified for the Supernova 2019 semi-finals. But who’s made it? But most importantly, who is your favourite?

LTV has not yet confirmed the dates for the two semi-finals and grand final of Supernova, but the broadcaster earlier indicated that the national final would begin sometime in January and conclude sometime in February.

Unsurprisingly, Markus Riva and Samanta Tina — perhaps the most prolific Latvian national finalists — have both made the cut. Markus will be performing “You Make Me So Crazy”, whilst Samanta performs “Cutting the Wire”.

As well as “Fireworks”, the line-up also includes two songs titled “Fire” — one by Double Faced Eels, the other by Edgars Kreillis. Fuego!

Some of the more unique acts have failed to progress though. ATOM’s “Alligator” had no bite, whilst Waterflower won’t “Grow” any further in the contest. Spare a thought for Miks Galvanovskis too, who has had both his songs knocked out at this stage.

One act also progressing is Dzili Violets, who promise to bring something a bit different with “Tautasdziesma”. And if one of the singers sounds familiar…there might be a hint of a certain Beaver on the stage…

You can see the full list of the competing acts below. You can also vote in our Supernova 2019 poll, and have your say on who your favourite is at this early stage. You can only vote once though, so make sure it counts!

Who’s your favourite act in Supernova 2019? Let us know who you voted for in the comments below! 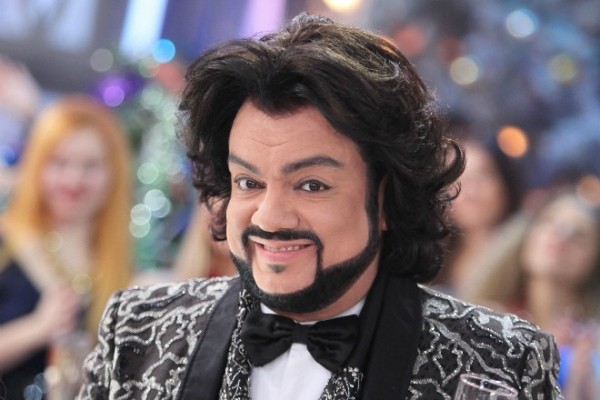 According to Eesti Laul , quality of songs all together a little bit higher.
Latvians should send Double Faced Eels ‘Fire’ to Tel Aviv. ?f they don’t other alternatives are Edgars Kreilis, Markus Riva, Adriana Miglane or Samanta Tina.

Adriana Migl?ne “Scared of love” – starts well, promising beat, nice tune, nice performance, but then… it goes nowhere and is missing a “bang” moment Aivo Oskis “Somebody’s got my lover” – next Alekss Silvers – “Fireworks“ – next Carousel “That Night” – different alternative quiet song. i dont know what to think about it though Double Faced Eels “Fire” – next Dzi?i Violets feat. Kozmens “Tautasdziesma” – NEXT Edgars Kreilis “Fire” – i enjoyed Edgars voice and charisma but…. next Elza Rozent?le “You came on tiptoe” – next Kris & Oz “Midnight streets” – oldfashioned but somewhat apealing. it… Read more »

Only Markus Riva!!! Best song in this whole selection and best singer!!

I really hope Samanta finally wins, I know this is her weakest song to date but she still maanges to turn it to a masterpiece with her charisma and amazing voice, we can’t let her lose again.

Otherwise the qualifiers are pretty decent, the only ones I really miss are Miks Dukurs and Ivo (low-key Waterflower too), and I have absolutely no clue how Elza made it through, that song is so tragic.

So #teamSamanta all the way, this has to be her year.

I am sorry, but I really don’t like Markus’ song this year. I voted for Fire, Cutting the wire, midnight street and Scared of love

In general, there aren’t many songs in this selection I’d like to put in my music library.

Would the dislikers explain please? Have I been downvoted for critizising Markus or because of the songs I’ve mentioned above?

All my top 3 are still in – nice. Even though I completely forgot all of them (before I listened to them again) – in my notes it sais I liked them more than others. I trust my notes.
My top 3:
1. Krist?ne Pastare/Smaragdi un pelni
2. Markus Riva/You make me so crazy
3. Elza Rozentale/You Came On Tiptoe

LTV has made a grievous error not sending Alligator through. Sure, it was kooky and had its detractors, but it also had a hell of a lot of likes, and those are much more important in Eurovision.

What is your favourite competing act in Latvia’s Supernova 2019?

I think the jury got some of them wrong. With the actual growing quality, Latvia stand no chance of qualifying. But if I had to pick a winner, it would be “Fire” by Double Faced Eels.

No Grand Final for Latvia this time, sorry…

Lowkey I rather like Kris and Oz’s song. Its quite interesting to say the lease.

I really don’t hate Dzili Violets.. but which languages are they singing in?

I don’t like any of these, I’m sorry
I don’t think I will follow Latvia’s selection this year

EDGAR FOR THE WIN

I Want Back Loic Nottet

All songs are horrible! Only Aivo’s was good. No final for Latvia!

Markus Riva should try a ballad next time. That might suit him well.

Who’s voting for Markus Riva is doing it for his looks, not for the song (it’s a crap)…

That Markus Rivas song is AWFUL you guys. Why are you voting for it? It’s embarrassing to see a man his age still trying to sing early Justin Bieber songs.

I’m sure that he’s voting for himself. All the comments about his entry are negative, that’s just impossible that he gets so many votes out of nowhere.

Clearly the best one, it can pass some emotion and not deliever a generic form pop song.

Almost EVERY comment has around 5-10 dislikes under this article and that over night. My own went from +3 to -6, for instance. There may be one group of salty babies who don’t like the comments. Maybe it’s time for the admins to overthink this “dislike” system – but I don’t care, I love wiwibloggs anyway <3

Both Fires are now the top of my list. Then, Latvian-language ballad, Busu tepat. And… that’s it. Other 13 songs are a no-go for me, including Riva’s.

Thank god Memmens is out. Kreilis is my fav

Atleast politics is kinda out of Supernova

It’s pretty clear this is going to be Markus Riva’s year finally 😀 12 points from Ukraine!!
#TeamMarkus

Nooo I wanted “Aligator” to go through. Lol.

me too…no alligator winner after the chicken song, bummer… 😉

I admit that song got stuck in my head for a while – I would ratter see it go through than other songs.

Looking at the finalists I predict that Rivas will eventually win, even though I really dislike his song. At least, maybe he will be done with Supernova then.

Almost all of my favourites made the cut to the last 16 (Goodbye, Atom! =().
Some good songs here but some weak ones crept in, too. Don’t know if there’s a great song….but yeah…

I voted for “Fire” by Edgars Kreilis as that one is the only decent entry IMO. This whole show will just be a waste of money and time for that channel and they are aware of that too. I think that they should cancel the selection and contact a well-known Latvian singer, this way he/she would have enough time to find ONE good song to represent the country with.

New season, new game, new start: Adriana, Carousel and Kris&Oz are in! I am happy about that 😀

Easy to answer this one lol…

My god, compare this to Eesti laul and tell me again, that Eesti laul has bad Songs this year…. I just find this selection very sad, especially because the 2018 edition was so good. I can hardly pick any song as my favourite, none of them sound very promising.

The Aminata you worship is not big things anymore.

Adriana is my bet.

I used to be one of the few people who found Supernova quite good this year with interesting songs and different music styles, well, that’s not the case anymore.
Won’t be watching Supernova this year…

Not being rude but I dislike all of them.

None. And Markus riva should just stop trying at this point, his songs get worse and worse