Poland’s search for a Eurovision star will continue in a few days’ time. But ahead of Sunday’s second semi-final of Szansa na Sukces – Eurowizja 2020, we asked our readers to vote for which semi two act they were most excited for. And the results are in — Alicja Szemplinska is your pre-show winner.

But before we take a look at the poll results, let’s quickly preview what to expect in episode two of the new series.

As with the opening episode, seven acts will compete for one spot in the final. However, whereas the semi one acts were challenged with ABBA hits, the second batch will be required to take on some evergreens from Eurovision.

They’ll be judged by an expert jury made up of song contest alums Cleo (2014), Michal Szpak (2016) and Gromee (2018). This panel will select one act who will qualify for the final. The chosen performer will join Kasia Dereń and the winners of semi three.

We will only hear their songs for Rotterdam in the final

Alicja Szemplińska is your favourite

We counted a total of 885 votes. And the result was clear cut.

The Voice Poland winner Alicja Szemplińska absolutely dominated the ballot. She picked up 571 votes, which amounts to a huge 64.52% of all votes cast.

Only two other acts hit triple digits. They were Saszan with 127 votes and Aleksandra Nykiel with 42 votes.

Do you agree with the poll results? Do you expect Alicija to secure victory in reality too? Let us know in the comments. 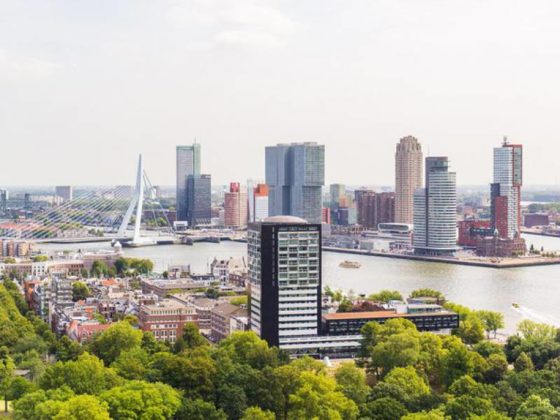 Poland including season maybe to be interesting! Top 5
Alicja this or that Kasia Deren
Good luck Poland

Kasia Deren and Alicja, Nick Sinckler to have they characteristic voice

i hope Kasia Dere? wins, she is the best

TVP showed a teaser of the semi-final 2. Definitely, the best covered songs are Amar Pelos Dois, Dschingis Khan and To nie ja. The 2 first ones are the most difficult, however Paulina and Weronika nailed it while last Sunday some contestants failed with Abba. Definitely either Alicja, Weronika or Paulina should go to the final and no one else.

I hope Weronika makes it. If you handle this song you will handle everything

Out of curiosity I checked out some old Voice clips – have they never approached Natalia Sikora to represent Poland? Jesus, what a voice!

I don’t think she’s interested. Runnerup that year tried in 2016 but failed

I can see that TVP challenged them already with the songs! Already the “fans favourite” has some benefit of singing polish song and another singers are challenged with singing not even in English! Sounds like a big fail for me 🙁

But maybe it’s like in SNS in general – you have to be prepared for everything and then it’s random which one you get during show. That would mean Alicja just got reaaaaly lucky. If it’s decided before, then looks like someone tried to screw over Weronika and I hope she rocks it just because of that.

Imagine having the balls to sing Dschinghis Khan!

Immediately my favorite by virtue of that alone, but I’m excited to see if this Alicija girl has the pipes to take on To nie ja, a gold-standard Eurovision classic and the platonic ideal by which other diva ballads are judged. (Ireland and Hungary were still better, but hey, it’s classic for a reason).

Edyta did cheat, though…

I don’t think it was cheating so much as it was misunderstanding the rules. And she sang in Polish the night of. She would’ve been disqualified outright otherwise.

She sang in Polish on the night, sure, but the juries were scoring based on the dress rehearsal – like today. She gave herself an advantage (intentional or not) that most of the other contestants did not have. Of course I don’t begrudge her status as a classic, both she and the song are wonderful! I’m just saying that maybe Hungary or Russia or Cyprus could have come 2nd if they’d ignored the rules too.

If it was cheating she’d be disqualified…

According to WikiPedia, six countries called for her disqualification, but thirteen was needed for it to happen. I don’t know how true that is. The Jon Ola Sand of 1994 only lasted one year, I think. Croatia cheated in 1999, but nothing happened there either.

And yet, only three countries (Sweden, Spain, and Greece) failed to award Poland any points at all. The other three must’ve shrugged it off.

LOL i HAVE TO WATCH THAT PERFORMANCE! I just watched the original from 79. Sigh, I just LOVE #vintageeurovision. But I didn’t know where to look, there was so much going on on the stage.

Always something different to look at. The main dancer, the other singers, Norbert Daum’s flamboyant conducting. An all-time great.

Just checked out Alicja’s rendition of Wicked Game though. Great vocal control and range. Could be a serious contender to take it all.

I bet she expected euphoria or something xd