The Netflix film Eurovision Song Contest: The Story of Fire Saga drops in less than one week, but already curious fans can preorder or pre-save the official soundtrack from the Apple Music store. The soundtrack includes 16 tracks, featuring both a Eurovision winner and an American pop icon.

Only two songs have been listed by title — prior to its release on 26 June, the rest of the tracks are only identified by number. But the artists are all credited. Some of them are known to be appearing in the film, while others are only providing the singing voice for stars of the film.

¡Spoiler alert! We’re going to take a look at the tracklisting, which may reveal some potential spoilers. So if you want to stay unspoiled, close your browser tab now.

One of the two named songs is the already released “Volcano Man”, credited to Will Ferrell & My Marianne. As previously discovered, My Marianne is a pseudonym (and the middle name) of Melodifestivalen star Molly Sandén. Will and Marianne are credited on five other tracks, which are likely to include the trailer songs “Double Trouble” and “Hometown”.

The album’s opening track is also credited to the Will and Marianne as well as the internationally acclaimed Dutch DJ and producer Tiësto.

The other named track is Eurovision 2017 winner “Amar pelos dois” by Salvador Sobral. It’s known that Salvador will make a cameo appearance in the film as a street singer so it appears he’ll be singing his Eurovision winning song.

American pop icon Demi Lovato also makes an appearance. She’s due to appear in the film as the angelic Icelandic sing Katiana, so this track is likely to her Icelandic national final entry.

The second track on the soundtrack is credited to the Swedish singer Erik Mjönes. He’s not super well known, but he has performed on the summer singalong show Lotta på Liseberg. He has a rich operatic tone to his voice which is reminiscent of the vocal performed by Dan Stevens’ character Alexander Lemtov. We’re guessing that Erik may be providing Dan’s vocal.

There’s also a track credited to Savan Kotecha. He’s best known as an in-demand hit songwriter, having previously worked with artists such as Ariana Grande, Katy Perry and The Weeknd. But is the soundtrack appearance his time to go solo?

The singers Courtney Jeané and Adam Grahn are listed for one of the tracks. She’s a Los Angeles-based singer-songwriter and he’s a Swedish rock singer. Based on the trailer, we’re guessing they could be the purple-haired woman and monster duo.

The Swedish singer Petra Nielsen also features on one track. She may be known for her Melodifestivalen 2004 appearance. Back then, she performed the Thomas G:son song “Tango! Tango!” which finished fourth in the grand final.

Also credited are the singers Antonio Sol, David Loucks, Taylor Lindersmith and Nicole Leonti. They are all American singers who have done previous television work.

The film score composer Atli Örvarsson is also credited on one track. He’s known for his work on major Hollywood productions, including the Pirates of the Caribbean series — and aptly enough, he’s Icelandic.

There’s also a credit to Anteros, which appears to be the name of a UK indie-pop band.

Intriguingly, one track is just credited to the cast. This could be the talked-about group song, where past Eurovision stars join in for a singalong.

The official soundtrack for Eurovision Song Contest: The Story of Fire Saga will be released this Friday, 26 June — the same day as the film.

He’s set to play the fictional Russian pop superstar Alexander Lemtov in Netflix’s upcoming movie Eurovision Song Contest: The Story Of Fire Saga. And now, in an interview with Attitude magazine, actor Dan Stevens has revealed some more details about his character, including a “big secret”. SPOILERS BELOW: Stevens tells Attitude that the character has a big secret — he’s LGBTQ. This is significant given that Alexander is from Russia, specifically Chechnya. The former Downton Abbey star elaborates. “He’s the anti-hero. He’s an obstacle for Lars (Ferrell). Lars wants to be Lemtov and there’s tremendous jealousy and he worries he’s going to steal Sigrit (McAdams)… It was more interesting, though, that he wasn’t there to woo her. He has his issues with his identity and what he’s able to admit to”. #netflix #danstevens @thatdanstevens #eurovision #eurovisionmovie #eurovisionsongcontest

Update: The final tracklisting is:

What do you think? Which tracks are you most excited to hear? What characters do you think these singers are representing? Tell us your thoughts below! 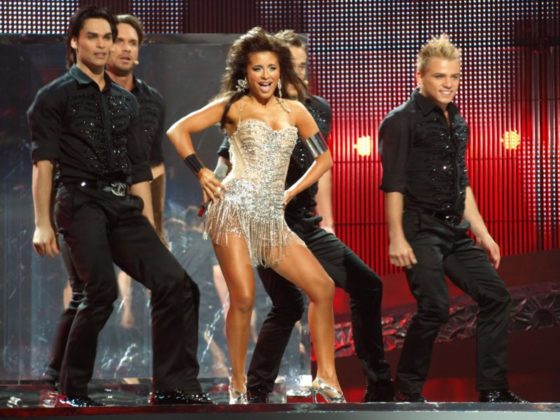 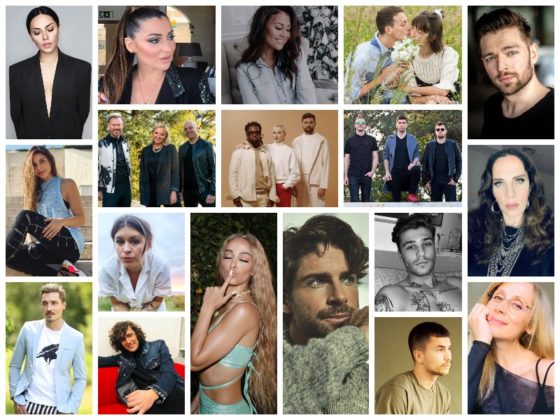 Hi, everyone!
Will this receive a CD release?
I’m gutted at the thought of sucha masterpiece being digital only.

Disappointed that they have Sobral in the soundtrack, one of the most hated ESC winners by the ESC fanbase. They really wanted to troll us LOL.

I wish they had Eleni in the cameo, how come they chose Moldova 2019 girl?

Haha i thought so – or it could be Philipp Kirkorov

From what I see, Anteros are the only serious artists here. I didn’t knnow but they sound really good. The other will probably be just mockers put there to sing atrocious and tacky songs. Because that’s what Will want to show about Eurovision.

If Adam Grahn is the singer of the Swedish band Royal Republic, I’d definitely consider him a serious artist. They’re pretty great.

Hah .. The Eurovision stage of 2019 is in the movie. It turns out that the production and the actors Rachel Mcadams and Will Farrell were indeed in Israel.

Yes, I was at one of the rehearsals for semi final 2 last year and before the show they filmed all of us as an audience for the movie. They played the Russian and Icelandic songs from the movie and we had to cheer and dance to them 🙂

He said it’s because of the pandemic, he couldn’t record it.

Am I the only one who thinks it is weird that a film about a song contest contains actors who can’t sing well enough not to have professional singers singing their songs?

It’s not as unusual as one would imagine. The Indian movie industry basically made playback singing in movies an art.

Of course, the actors, if they even know how to sing (for example Priyanka Chopra), would still have to mimic their mouths as if they were singing and make it believable to the audience.

The only one where it feels odd is with Dan Stevens. Guy can sing! I saw him in a production of Show Boat and he was great.

Dan Stevens was supposed to do the singing, but because of covid that didn’t happen. From an interview:

Did you do the singing?

That was the plan! But then…  all this happened (corona, again), so I’m stuck here, and they stuck with a very talented Swedish baritone.

He definitely can sing though.

I though they forgot about Demi Lovato.