“We started writing it during the Eurovision contest when we were in the hotel in Rotterdam. We were just staying in the hotel doing nothing, just waiting for the rehearsals…and I was like why can’t we just start a session or something?”

And start a session they did. Using a hotel piano, and on a stage where Frank Sinatra played once up a time, she dug into the many feelings swirling in her head — including some triggered by folks who weren’t always kind during her Eurovision journey.

“It’s a personal story. My point of view is there are so many people sometimes in your life who are pushing you and making you feel like the worst person…it’s this voice in your head that’s telling you you’re the worst.”

“Sometimes in our lives we meet people that are very toxic for us and we just have to let them go.”

The result marks an evolution in VICTORIA’s sound. While remaining true to her minimalist style, VICTORIA reaches for the synth to add new dimension. As ever the song remains anchored by emotion and heart, and tells a universal story we can all relate to.

At times the lyrics are a little dark. As she sings, “You’re the worst. I’ll make sure nobody loves you.”

The song’s premiere teases VICTORIA’s participation in the prestigious MIDEM International Music Forum. The digital event brings together 12 artists from around the world who have been chosen to present their music to key leaders and influencers within the global entertainment industry.

VICTORIA will present three video performances as part of the forum — “THE WORST”, “ugly cry” and a yet-to-be-revealed number.

Eurovision is a real high in the life of any performer. But coming down from that high isn’t always a smooth process. I asked VICTORIA if she felt any friction in the aftermath of all the attention and hype.

“At the beginning I didn’t realise it, but then it started to become a bit harder and harder with time. I was just missing this emotion and the adrenaline you’re talking about. It was hard. For a moment I lost myself — I was like, ‘What am I doing with my life now?'”

“And then I realised that was part of my life and I just have to keep going and keep working — even harder. Eurovision is a great platform for showing myself and meeting so many amazing artists and people. I had the chance to be there and that’s the most important thing.”

Victoria also teases whether she’d be interested in returning to Eurovision and tells us what happened to that big on-stage rock. Watch the full interview to find out!

That you feel the need

To count everyone of my flaws

It’s not lost on me

Exactly how you want

Meant to break and not to last

But you made sure to draw it out

You know just how to make me believe it

Like it or not it’s a part of me now

I will make sure that nobody loves you

And I’ll make sure that nobody cares

I know you’re the worst

You can’t picture yourself without me

Is that I’m just a part of you

It’s kind of a tragedy

Making each other feel small

Kinda thought it’d be over now

I’ve been stuck in the silence for too long

Afraid that i’d never get out

I will make sure that nobody loves you

And I’ll make sure that nobody cares

I know You’re the worst

You can’t picture yourself without me

Is that I’m just a part of you

(But you made me one)

Yeah, you made sure to draw it out

You know just how to make me believe it

Like it or not it’s a part of me now 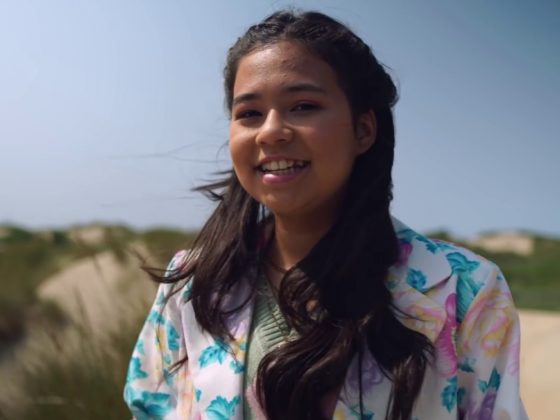 There has to be some balance in life, right, give it to Tom Leeb with “The best in me” everybody.

another excellent song from victoria !

I love this girl! She is truly amazing!