The lineup of Latvia’s Supernova 2022 is complete. Miks Galvanovskis has earned a placed in the contest by winning the Supernova wildcard entry. He will compete with his song “I’m Just a Sinner”.

The broadcaster shared the good news social media, congratulating Miks as the 17th contestant in the 2022 lineup.

Ten acts faced the wildcard vote, including 2020 runner-up — and former Aarzemnieki member — Katrīna Dimanta. The 10 wildcard songs were uploaded to LTV’s website and the acts faced an online public vote from 10 to 14 January.

But in the end, it was Miks Galvanovskis and his swaggy rock song “I’m Just a Sinner” that won the wildcard.

The including searing guitar along with Miks’ rock ‘n’ roll growl and soul-infused backing vocals. The entry joins the growing list from rock acts that seem to have been inspired by Måneskin’s win and are bringing the sound of guitars to national final season.

Supernova regular Markus Riva is also back. The singer submitted a song to Latvia’s national selection every year between 2014 and 2020, achieving varying degrees of success. Will he finally achieve his dream in 2022?

The semi-final of Supernova 2022 is due to take place on 5 February, with the grand final scheduled on 12 February.

What do you think? Are you happy with the final lineup of Supernova 2022? Who would you like to see represent Latvia in Turin? Sound off in the comments section below! 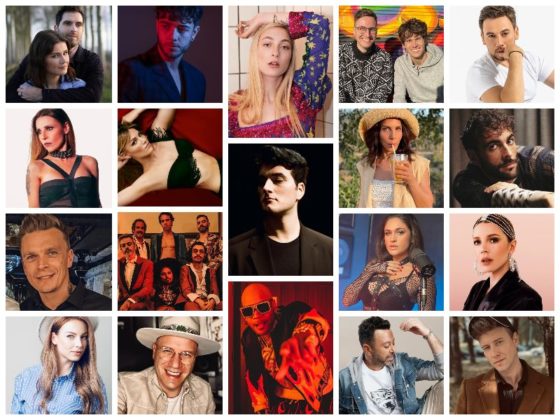 kinda off topic but weren’t people saying that animatas song was just a demo and that she was gonna revamp it?
is that still happening or was that just a rumor?

Aminata said it herself on instagram.
She was filming the music video last weekend, so I assume it will come out this or the next Friday.

This is a really good addition for Latvia’s selection. Dare I say I could see it represent Latvia at Eurovision? Good luck.

This wildcard makes no difference to the final lineup. It’s still between the safe choice (Aminata) or the risky fan favourite (Eat Your Salad). I really have no idea which way it will go.

Do people actually like “Eat Your Salad” or do they just get bowled over by that opening line and think it would be funny if it won?

Honestly, with such a bland line up, I don’t really care if i like it or not, all I know is that being green is hot, being green is cool, being green is sexy a f. I don’t judge these as will I be listening to them nonstop, but how well could they actually do in the contest, and so far it’s the only stand out from this selection.

I have a feeling Robyn this may be your fave song at Supernova this year! Good on him, he has a good chance I think.
I’m starting to warm to Patriks, after Beatrise was my early guilty pleasure.
As always live shows will make or break. How true this is for Spain too this year, a lot to be unveiled, bring it on!