The holidays are upon us and Jedward are celebrating by giving their vocals a major work out. Starring in a Christmas pantomime called “Jedward and the Beanstalk” at Dublin’s Olympia Theatre, they’ll perform 34 times between now and January 7.

Around 42,000 tickets were allocated for the two-week run. According to Dublin’s Herald newspaper, devoted Jedheads have already snapped up the bulk of those seats. Thus far that equates to around one million euros in sales! The paper reports that Jedward received a 200,000 euro “bonus.” If that’s a bonus we can only imagine what their base pay was (fair enough: it costs a lot of money to spray and sculpt and glue up their signature hair-do every day). Even divided by two that’s a whole lot of cash!

You can watch a clip of the boys below. Love, Wiwi 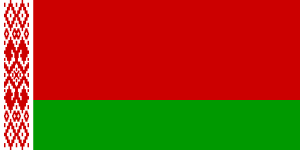 Belarus: Results of the Semi-Final at Eurofest 2012