Yesterday afternoon the Wiwi Jury—our in-house panel of music un-professionals—grabbed our flotation devices and drifted North to Iceland to review Eyþór Ingi Gunnlaugsson’s Eurovision song. Did “Ég á Líf” warm us up? Or did it leave us as cold as a penguin without a partner? Read on to find out.

Bogdan: I am baffled. How come Iceland, who produces titans of music like Björk or Sigur Rós, managed to send this yawnfest to Eurovision? “Ég á líf”, with its three-note chorus, is a disgrace to music, the laziest form of melody imaginable. Unless it’s a lullaby, or an Icelandic translation of the song “I am cow” (by the way, the only points this song gets are for keeping it in the original language), I don’t see how this even qualifies as a song. It certainly shouldn’t qualify for the Final!

Deban: Last year’s Icelandic duet started off as one of my least favourite entries. Remarkably, after several language and structural changes, I fell in love with it in Baku. This year, Iceland is picking up the pieces of last year’s Estonian entry “Kuula”. Eypor’s vocals are crisp, and although he looks like he’s straining hard some of the time, his delivery is pitch-perfect. Iceland should be applauded for showcasing different musical styles at the contest. Although “Eg A Lif” isn’t re-defining any genre, it’s a well-crafted ballad that softens the guttural intonations in the Icelandic language. In an ideal world, this song should remain in its original format. Wiwi: This is a lovely song. The opening bars remind me of Rufus Wainwright’s “Hallelujah”, and the lyrics tell a story of perseverance which we can all relate to. But this simply doesn’t belong at Eurovision. It’s like showing up to a funeral in pink, or bringing bloody sausages to a vegetarian sleepover. If you’re going to be all serious then I need you to be more anthemic like Serbia 2007. After the first minute I’m already thinking about who is performing next and wondering what shampoo Mr Gunnlaugsson uses to keep that mane so shiny and silky. Great song. Wrong contest.

Mr Häggkvist: I LOVE THIS SONG SO MUCH… peaceful, beautiful, pure, simple, emotional, honest, human. Eyþór really conveys the essence of the song and it’s just perfect. It would be a shame to see this out of the final.

Alexander: Iceland has a beautiful ballad this year. Yes, it’s a bit boring in the first half and the lyrics are somewhat weak (it’s good that they’re in Icelandic). But overall, this is a very relaxing and tranquil piece. The last minute (the bridge and final chorus) are quite strong. You know Iceland isn’t playing around when they send Thor to Eurovision! 😉 Vebooboo: How such a small nation can consistently produce quality singers is beyond me. There must be something going on over there with the shark fins, sheep and geysers. This isn’t one of my favourites this year, but this song really embraces the spirit of Eurovision in the classic sense. Iceland has sent a great vocalist to sing a song in the country’s obscure language in an attempt to share part of their culture with the rest of Europe (and the world). That in itself is heartwarming. But while I’m happy to give away cheesy congeniality and spirit awards to this song, I will not vote for it to win. As a male ballad singer in a field of females, Eypor will stand out a bit…but he ain’t gonna be raising a trophy any time soon.

H.K. Dick: Is the economy in Reykjavik that bad that the Icelandics can’t afford a trip to the hairdresser? Like Eybor’s hair, this is a real grower and I really hope it makes the cut. The song has a Gaelic feel and the beauty of it is captured in the native Icelandic tongue and would make a great choice of theme song if they decide to do a remake of Titanic in Iceland. 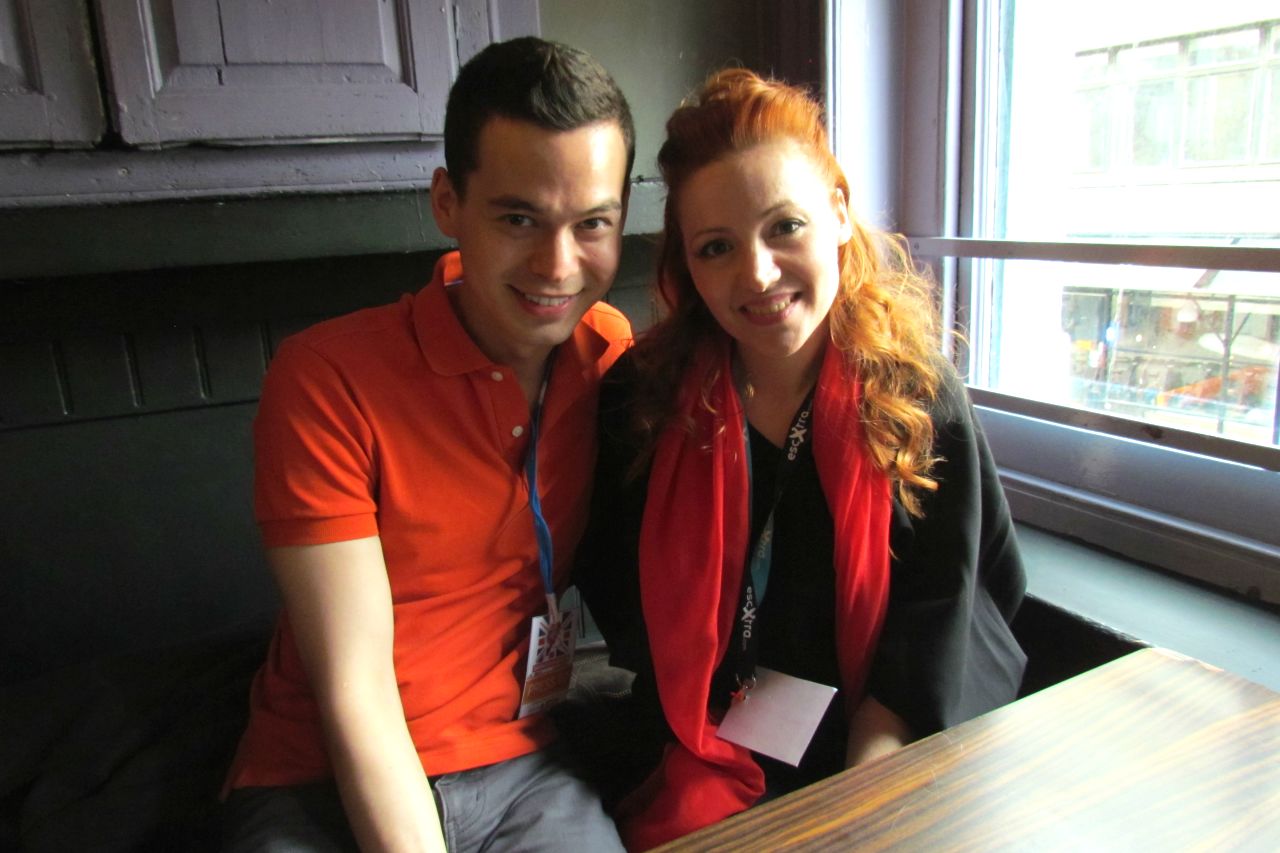 My favourite song this year!!!!! What a voice, what a song, what a handsome man!!! Fell in love with the complete package ! Iceland; 12 points !!

I love the simplicity of this song and really hope it does well. Beautiful

I embrace some of the lyrics, but that’s about it. I guess it may have a certain appeal to lovers of the sea …..

EU fishing quotas have certainly hammered the Icelandic fishing industry – as this plaintive lament would seem to testify. He looks like he should be power-ballading, like a blond Meatloaf, but it never raises its game. Pleasant enough.

The song is alright. It’s soothing, but the key change doesn’t really work for me, and it gives me the feeling that the composer ran out of ideas. Hopefully Iceland provides a good staging this year to enhance the song – last year’s staging was fairly unimpressive. Of course, Iceland is certainly capable of such a performance, bringing to mind Iceland 2009 (although it helps when your singer looks like a Barbie doll).

It deserves 3 automatic points just for sending something in Icelandic. About darn time.

The song itself is an average choice; last year was amazing. This is a really nice ballad, maybe the best male ballad, but I’m afraid it might sink. Iceland has an amazing semifinal record so far, but this will be a tough hurdle, especially sandwiched between the upbeats Bulgaria and Greece.
It’s a really wild card.

A statement like “But this simply doesn’t belong at Eurovision” makes me really mad (or as some of you like to write: “ruul ruul mad”). Isn’t diversity what makes this contest great? Isn’t it wonderful that a song tells us where it’s from? Shouldn’t every country have the right to send whatever they feel represents them best? If people who make judgements like the above had a say in this, soon every country would buy in a Swedish kitsch ballad or dance trash, because that “belongs at Eurovision”. That would certainly make me stop watch the contest, because it would… Read more »

i love this song! plus, he is cute.

A nice cover of ” i am a cow”-Arrogant Worms

This is in fact a very good song but not of the kind to win ESC or any other song contest. Which I presume it’s exactly why Iceland has sent it and why “Augnablik” was quickly eliminated (they were too scared it would win).