In recent weeks MIAU had a surge in popularity and Mikko Pohjola won our fan poll. But on the night of the #umk14 final in Finland, it was Softengine, the winner of the first heat, that prevailed in Espoo. They’ll be singing their song “Something Better” at Eurovision.

We’ll put this in if/when YLE release it!

Softengine spoke with us in the arena after their first rehearsal. They were tired but sent their love anyway: 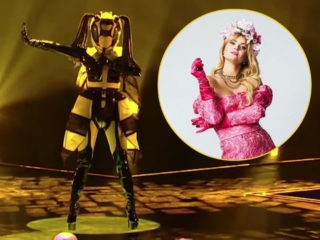 Creating a buzz: Is UMK star Erika Vikman competing as The Wasp on The Masked Singer Finland? I love this choice. It’s such a hard hitting number and really gets ya pumped with energy. Wooooooo Softengine!!!

It seems like Finland want to emphasize themselves as the land of rock music. But for me, it would be better if Hanna Sky won the competition. She has a great originality.

BORRRRRING. THey should have gone with Mikko or Hannah. Their songs are beautiful. This is so teenager 1995. Fake Blink 182

No, I meant the international voting audience at Eurovision, who generally don’t understand Finnish.

Axel you write Mikko would have mystified the voters who don’t understand Finnish, i think UMK 2014 final is in Finland and in Finald speak finish language and in one part of Finaland and swedish languare.

Yep, my prediction for winner was correct. Hey, this is probably Finland’s best choice. The song sounds really good in studio (which tends to help with jury voting, I think, since they seem to listen to the songs well before the rehearsals) and they give a confident performance, even if their vocals aren’t perfect. Mikko would have mystified the voters who don’t understand Finnish.

Admittedly, I would’ve preferred MIAU. Still, this is probably a good thing for Finland. Keep in mind they have the advantage of being second half in their semifinal, too.

It’s such a lack luster song. But with the small amount of countries in the semi-final then it could get through to the final where it will make little impact.

Not my favorite song, but it’s a great effort. I hope they turn up their rock sound. Congrats Finland!

MIAU was a guilty pleasure, adn Mikko was a great performer, but feared he would go through unnoticed at the contest

Softengine has an okay chance into getting into the final, But winning might be a bit too out of reach

What’s wrong with you Finland? My favourite was Hanna Sky but I came to terms that she probably wasn’t going to win and that Mikko had a way better chance than her. But Softengine? Really? Probably one of the worst choices. Finand, you’re lucky you’re in semi-final two or you would’ve been left behind.